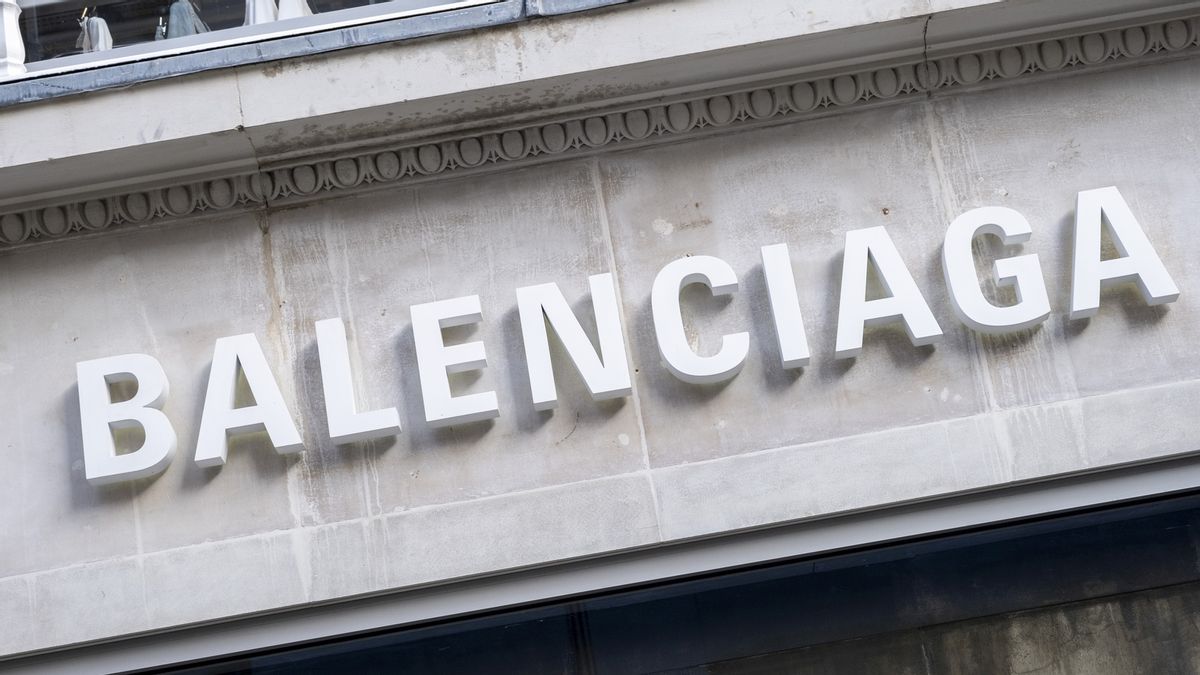 Claim:
"Balenciaga" is Latin for "Baal is king."
Rating:

Luxury fashion brand Balenciaga has been the focus of outrage and conspiracy theories due to a backlash over ads published in November 2022 showing child models holding bags shaped like teddy bears outfitted in bondage gear. The bags were part of Balenciaga's spring 2023 collection and were featured in Paris Fashion Week, albeit carried by grown models.

The controversy drove anger over the placement of young children alongside a teddy bear-shaped bag dressed in kink garb and spawned conspiracy theories that were primed by years of Qanon-style discourse. As we have previously reported, the Qanon conspiracy theory posits that a cabal of elites, namely prominent Democratic figures and celebrities, are involved in a satanic child sex trafficking ring.

The conspiracy theory in question appears in various TikTok videos viewed millions of times as of this writing, in which the TikTok videographers zoom in on a Balenciaga ad showing a child dressed in black. On the floor in the left foreground is a role of yellow tape that appears to have a misspelling, with two "A's" instead of one, meaning Balenciaga was spelled, presumably intentionally, "Baalenciaga."

Some connected the dots from Balenciaga to Baal, an ancient Canaanite god of fertility. A widely-viewed Instagram post by Robby Starbuck, who made an attempt to be the Republican candidate to represent Tennessee's 5th congressional district in an August 2022 primary, claimed the following.

"Go do Google translate from Latin to English. I did it myself. The depths of evil surrounding the Balenciaga story just get deeper and darker at every turn," Starbuck wrote on Instagram.

It's true that if you go to Google Translate and select "Latin" as the language of the phrase you want to translate, then type in "Baal enci aga," it spits out "Baal is the King" as the English translation. As of this writing, we don't know why that is, because "Baal enci aga" isn't a Latin phrase. Dinosaur enthusiasts might remember that the Latin word for king is "rex" (as in Tyrannosaurus rex). We reached out to Google asking how such a fluke might occur, and will report back if and when we receive an answer.

We experimented with variations of the "Latin" phrase on Google Translate and came up with similarly weird results.

The name of the brand, "Balenciaga," doesn't have anything to do with Baal or the occult. It is the surname of the founder of the fashion brand. Cristóbal Balenciaga was a Spaniard of humble beginnings who began designing dresses to help his mother financially after the premature death of his father. He went on to found the fashion house in the early 20th Century in San Sebastian, Spain — well before the current controversy ensued.

One final note. Just for kicks, we plugged "Snopes enci aga" into Google's Latin-to-English translator. This — and we are not making this up — was the result: 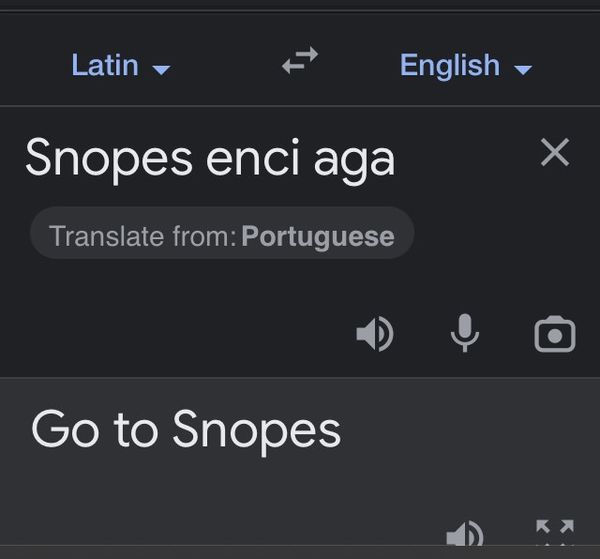