No, This Is Not a 'Human Skin Jacket' from Balenciaga

It only takes a few seconds to overlay somebody's logo on an existing image and create a completely deceptive "advertisement." 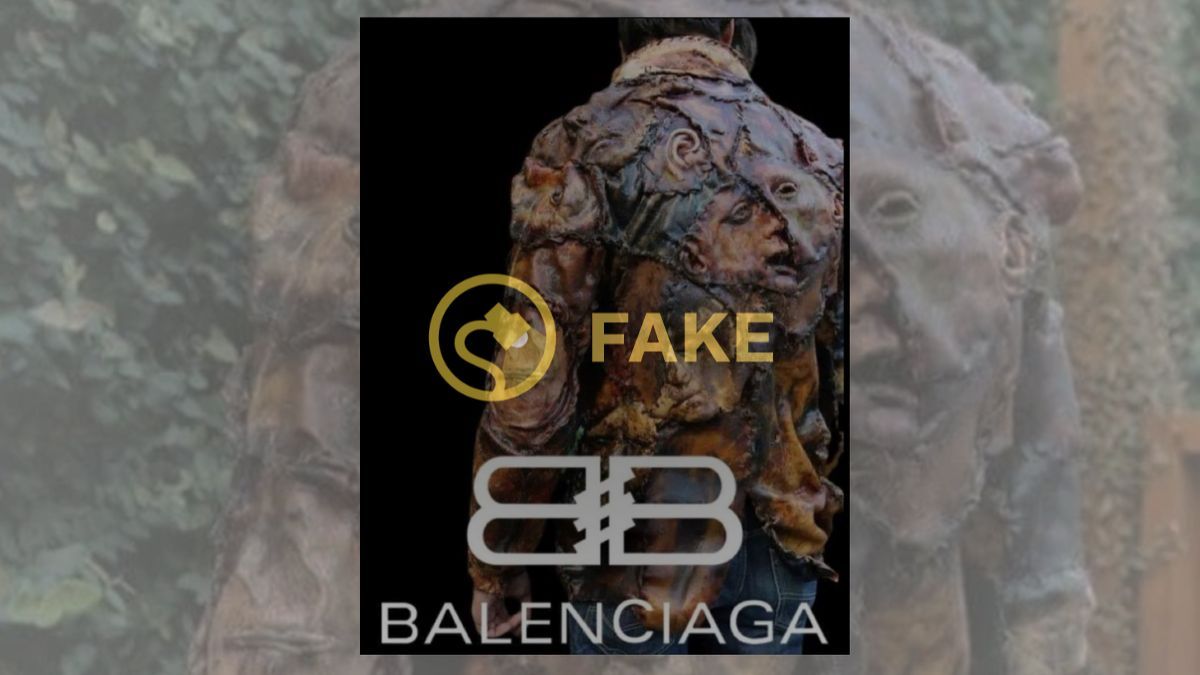 Claim:
A viral photo emblazoned with fashion house Balenciaga's logo shows a "human skin jacket" made and sold by the company.
Rating:

In reality, however, the photograph used in the "ad" was then roughly five years old, had nothing to do with Balenciaga or any Balenciaga product, and had been deceptively edited to bear the company's logo. 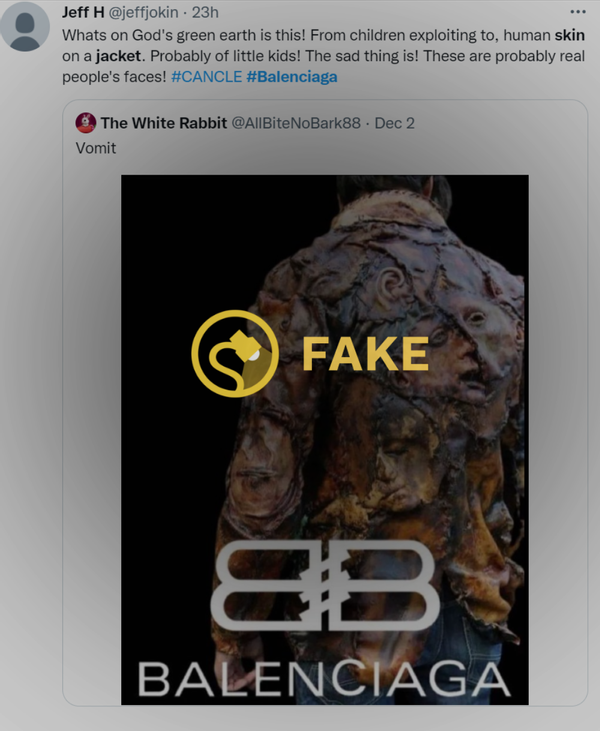 The picture, which did not originally contain a Balenciaga logo, was taken from an Etsy page active in January 2017 that offered faux human-skin garments created by Australian special effects artist Kayla Arena. Here are a few of the products that were advertised on the page at the time: 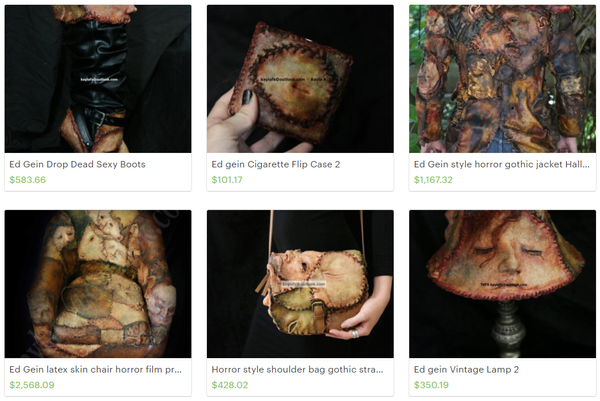 Arena uses latex and silicone to simulate human skin in her creations, which more recently have included fake-but-real-looking corpses and body parts she constructed for the Guillermo Del Toro horror anthology TV series "Cabinet of Curiosities."

We emphasize, again, that none of these creations were made using real human flesh, and none of them are connected in any way with Balenciaga.