Is This a Photograph of Rocker Alice Cooper and Actress Jean Stapleton?

The godfather of shock rock and "All in the Family's" Edith Bunker definitely make an odd couple. 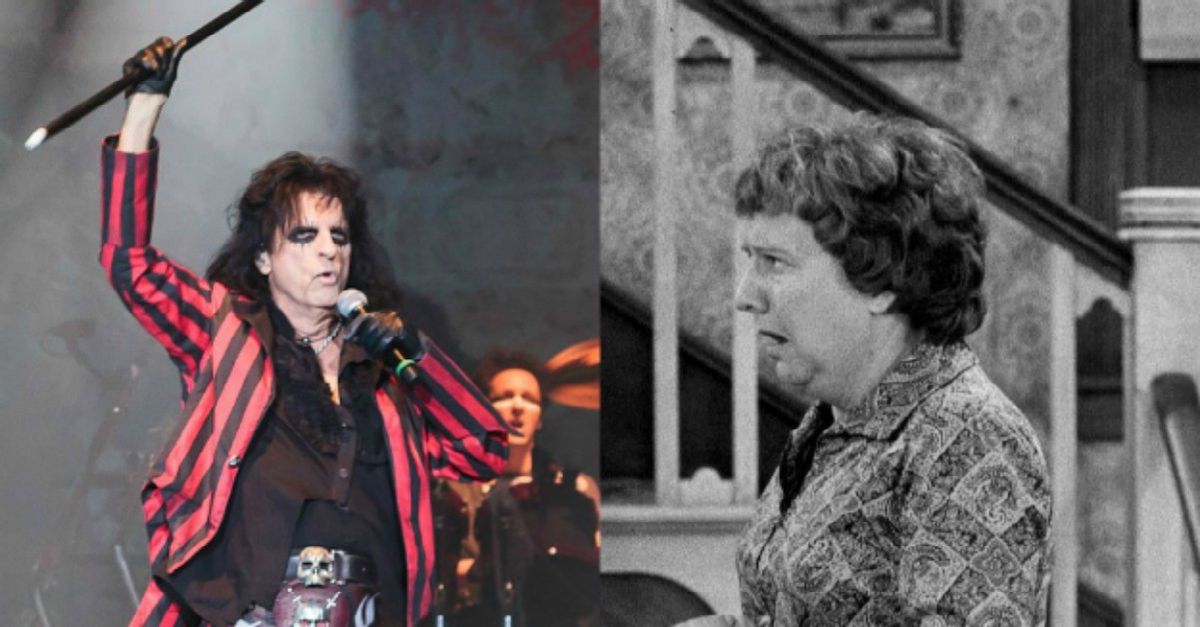 Did Alice Cooper, the godfather of shock rock, and Jean Stapleton, the actress who played matriarch Edith Bunker on the television series All in the Family, really hang out together? A viral image supposedly showing the two celebrities at a party was met with some skepticism as it circulated on social media in March 2019: While the Internet is full of manipulated images of celebrity pairings, this is a genuine picture of Stapleton and Cooper.

Many viewers claimed that this photograph was taken at Studio 54 sometime in the 1970s and that Stapleton was wearing some sort of "bondage" attire. However, this picture was actually snapped at the "Shakespeare Cabaret" during a Free Shakespeare Festival at the Hollywood Bowl in Los Angeles in August 1973. Stapleton's "bondage" outfit is actually a "chorus girl" costume that she wore as part of the show.

Atom Splitter PR, the boutique music public relations firm that represents Cooper, confirmed to us that this photograph was real and was taken during the cabaret:

"The photo is from a celeb-riddled charity gala at the Hollywood Bowl called "A Shakespeare Cabaret" on August 19, 1973. Alice performed "Gutter Cat Vs The Jets/Streetfight" (from the "School's Out" album) that night. Stapleton may have also performed, but we don't have any info in that regard. Photographer is unknown to us."

While we haven't uncovered many specifics about Stapleton's performance, the Los Angeles Times reported that the actress would play a "chorus girl" during the show. The actress also told the paper that her "Edith Bunker image" would "self-destruct in a Vegas-type act." 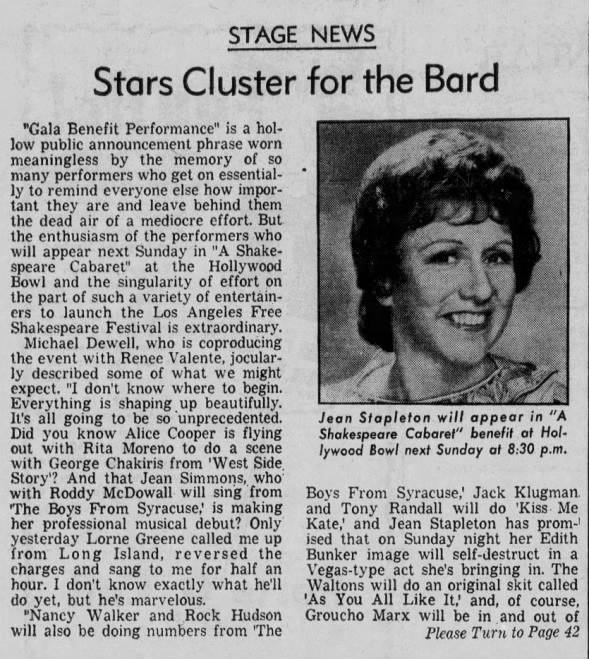 While we still haven't managed to identify the photographer who took this viral photograph, we did uncover a second image of the godfather of shock rock and Stapleton at this gala. In the following image, which features Cooper holding balloons next to a person in a Planet of the Apes mask, Stapleton can be seen walking by in the background: