Is This a Real Photograph of Bowie and Lemmy?

The photo began circulating soon after both musicians passed away. 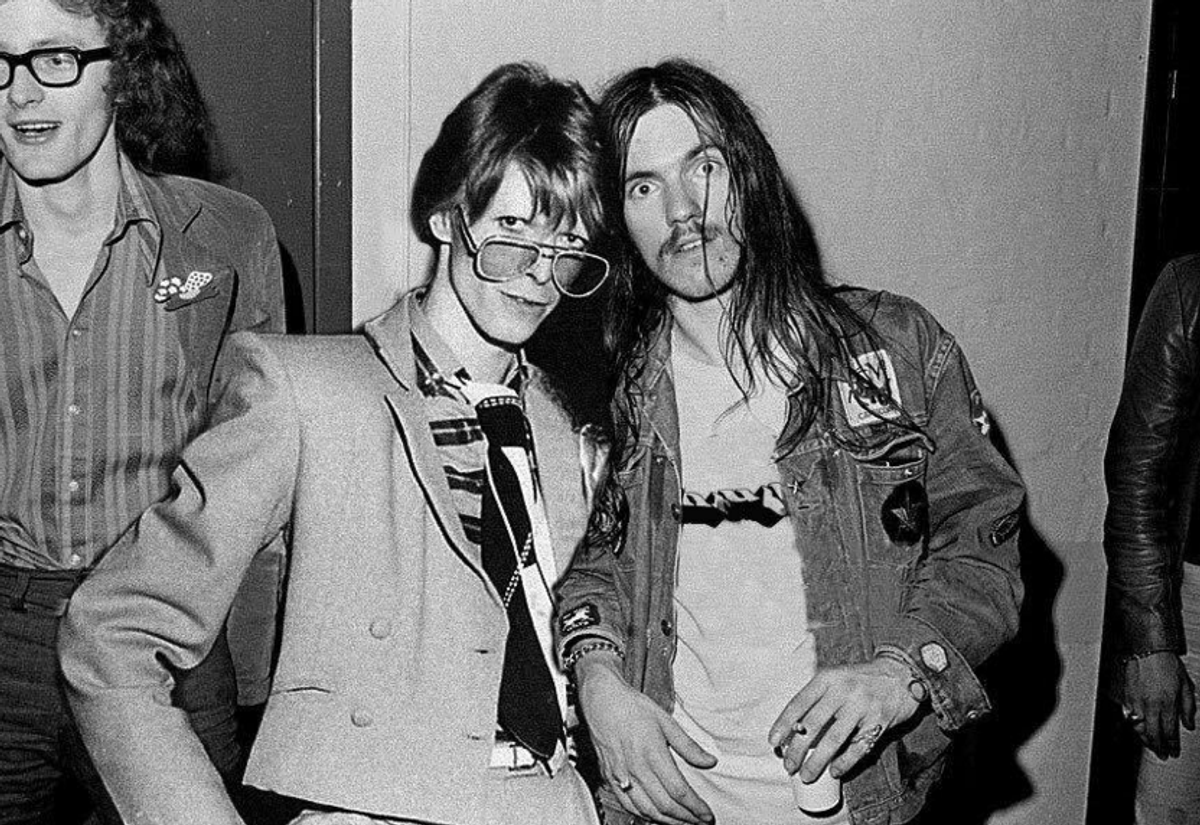 Claim:
An image shows musicians David Bowie and Lemmy Kilmister together at a party.
Rating:

In January 2016, a photograph purportedly showing musicians David Bowie and Motörhead frontman Lemmy together at a party started circulating online.

The photograph was originally posted to the image sharing web site Imgur on 11 January 2016, along with a caption that referenced the deaths of both musicians. Lemmy passed away on 28 December 2015, and Bowie passed a short time later on 10 January 2016:

Bowie and Lemmy are about to start the most rocking, stellar band ever. Rock In Peace you legends.

The photograph went viral as fans of Motorhead and David Bowie mourned the loss of the two rock legends. Unfortunately, the above-displayed image is fake. It's possible that David Bowie and Lemmy Kilmister met at some point during their careers, but the above-displayed photo is not proof of such a meeting.