How to Spot a Deepfake

For starters, don't believe everything you see. 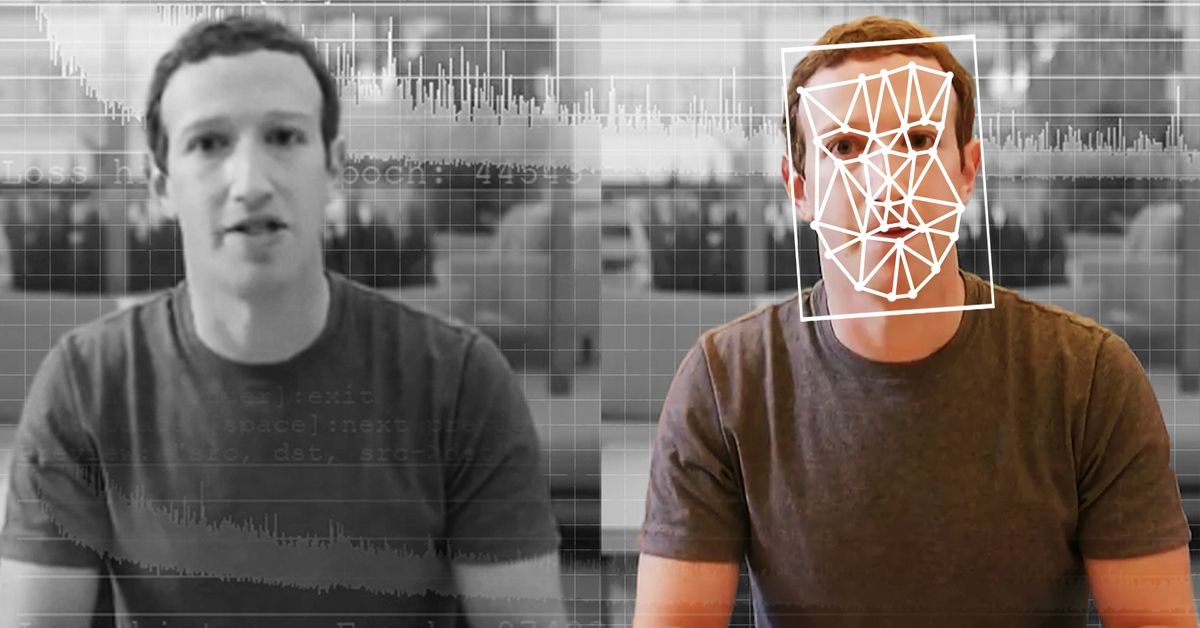 A comparison of an original and deepfake video of Facebook CEO Mark Zuckerberg. (Elyse Samuels/The Washington Post via Getty Images)
Previous Article
Next Article
Article 7 of 28 in Collection

In April 2022, a video supposedly showing actor Tom Cruise jumping over the shoulders of comedian Keegan-Michael Key racked up more than 12 million views on TikTok. This video, however, didn't actually feature the "Top Gun" star. Rather, this video used deepfake technology to turn an impersonator named Miles Fisher into a digital replica of the movie star.

The term "deepfake" refers to an image or video that was created with the aid of artificial intelligence (AI). GANs (generative adversarial networks, a form of AI) can learn various characteristics of a person in order to synthesize an artificial version. By using this technology, you can create a video that appears to show a person (say, Tom Cruise) performing a stunt (or other action) even though they never did any such thing. This technology can also be used to fabricate an entirely fictional person.

Deepfake technology has advanced and can now create pretty convincing images. So how do you tell what is real and what is fake? How can you spot a deepfake on the internet?

Be Mindful of the Source

As deepfakes get more convincing, the best way to spot them is to look for the original source of the video. The video of Cruise at the top of this article, for instance, was originally posted by @deeptomcruise on TikTok, an account that almost exclusively posts deepfakes.

Of course, not every source is going to explicitly tell you if a video is fake or not. In some cases, it's important to think about what the source should be. For example, if you see a video of U.S. President Joe Biden giving a speech, the source of that video should be the White House or a credible news network. If you see a suspicious video of Biden that originated with an anonymous or disreputable account, you may want to think twice about accepting the footage as real.

Keep an Eye on the Mouth

In many cases, a deepfake will be used to make it seem as if a person said something that they never said. In order to do this, creators will take existing footage of a person talking, swap out the audio, then manipulate the appearance of the person's mouth in an attempt to make the movements match the new fabricated script.

In some ways, this can resemble the "talking mouth" sketches from Conan O'Brien's late night show in the 1990s:

While deepfakes have gotten significantly more advanced than the cheap effects showcased in the Conan sketch, the mouth is still one of the biggest giveaways that a video is a deepfake.

Check out this video of Russian President Vladimir Putin and keep an eye on his mouth as he talks.

In addition to his mouth, you can also see how the altered version of Putin on the left is a little less detailed than the genuine footage. There are fewer wrinkles on his skin and the edges of his face seem a little blurry. While this may be easy to tell when viewing these images side-by-side, it can be difficult to determine the authenticity of a deepfake clip when viewing it by itself. This is one of the reasons why you should always look for a source when you're suspicious of a video clip.

As Deepfakes often focus on a person's face, they can easily overlook other aspects of person's body. One way to spot a deepfake is to look for a change in skin tone between a person's face and body. Such a discoloration error was obvious in a poorly done deepfake of Ukrainian President Volodymyr Zelenskyy that was circulated in March 2022: The proportions of Zelenskyy's head were also off in the deepfake version of this clip.

A reverse image search will (hopefully) either show you other places that have posted the video (look for trusted news sources that can provide additional context to the footage) or the original version of the video before it was altered. If your search comes up empty-handed, you can always drop a link to the suspected deepfake video to our tip line and we'll pick up the investigation.

Previous Article
Next Article
Article 7 of 28 in Collection

"How Easy Is It to Make and Detect a Deepfake?" SEI Blog, https://insights.sei.cmu.edu/blog/how-easy-is-it-to-make-and-detect-a-deepfake/. Accessed 8 June 2022.

How to Spot Deepfake Videos — 15 Signs to Watch For. https://us.norton.com/internetsecurity-emerging-threats-how-to-spot-deepfakes.html. Accessed 8 June 2022.

Sample, Ian. "What Are Deepfakes – and How Can You Spot Them?" The Guardian, 13 Jan. 2020. The Guardian, https://www.theguardian.com/technology/2020/jan/13/what-are-deepfakes-and-how-can-you-spot-them.