Snopestionary: What Is an Echo Chamber?

Both in person and online, echo chambers reinforce our own viewpoints and hinder our ability to see others'. 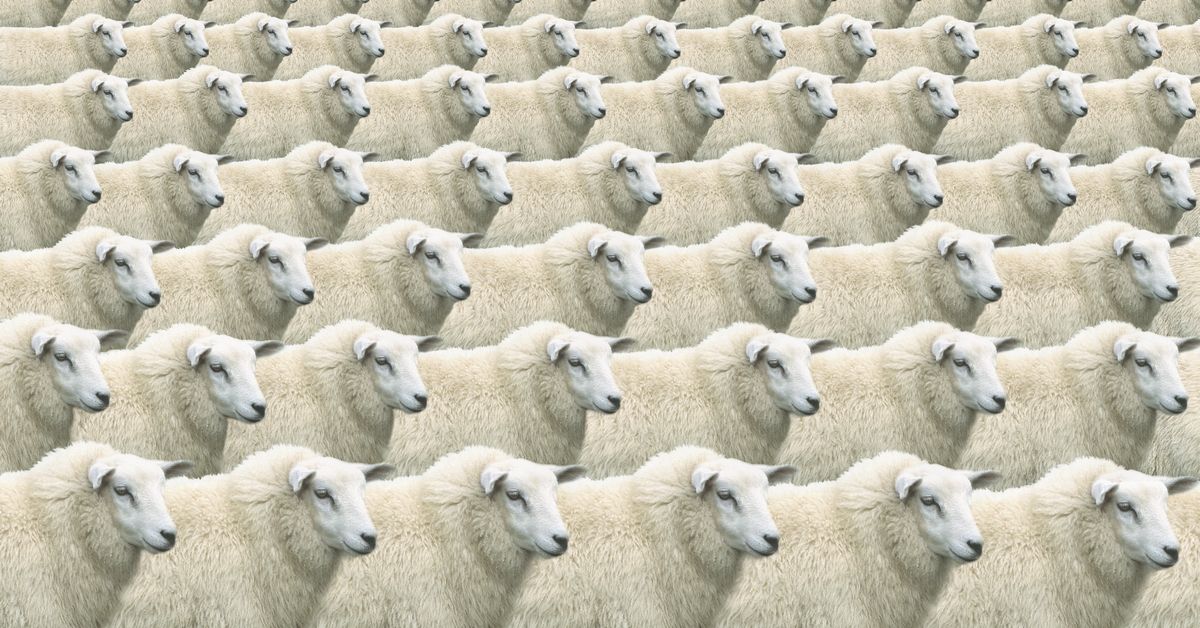 Just as an echo repeats what you said back to you, social echo chambers reinforce our own viewpoints and perspectives, both in person and, more recently, online.

As its name suggests, an echo chamber is described by the Oxford Learner's Dictionary as "an environment where a person only encounters information or opinions that reflect and reinforce their own." These closed-loop social circles present a special kind of challenge to media literacy in that they hinder a person's ability to see and understand perspectives and beliefs different than their own, while reinforcing potentially false and even dangerous information.

The University of Texas at Austin Moody College of Communications notes that social media can be particularly good at creating echo chambers because all platforms serve the same basic function: "To connect groups of like-minded users together on shared content preferences." Echo chambers feel comfortable to many of us because they are tailored spaces that confirm our own beliefs and perspectives.

This uniformity of perspective creates what's known as confirmation bias, or the likelihood that a person will favor viewpoints not because they're based on an accurate perception of reality, but because they reinforce their beliefs.

"Information can come from many different sources and perspectives. But when you're only hearing the same perspectives and opinions over and over again, you may be in something called an echo chamber," says the online educational tool GCF Learn Free.

Say, for example, you have a pet border collie. Your love for your dog has led you to find Facebook groups or Instagram pages dedicated to the breed. Other people who subscribe to those accounts may share a similar love for their border collie best friend, and this shared communal love for the breed might lead followers to believe that because there are so many like-minded border collie lovers on the internet, the breed is obviously superior, cuter, and more intelligent than all others.

That's a cute example, but most instances of echo chambers the Snopes newsroom encounters on the internet are far less fluffy and benign.

Ironically, despite a free flow of unlimited information available online, access to social media has actually limited users' exposure to diverse perspectives and, as researchers wrote in the peer-reviewed journal PNAS, "favor[s] the formation of groups of like-minded users framing and reinforcing a shared narrative, that is, echo chambers." In an analysis of more than 100 million pieces of controversial social media content, including those related to gun control, vaccination, and abortion, the study authors concluded in 2021 that echo chambers on social media form aggregations of users in likeminded clusters that dominate online interactions on platforms like Facebook and Twitter.

These clusters contribute to the spread of misinformation, Scientific American has reported, while distorting some people's perspectives to the point where they are unable to see or understand opposing viewpoints. They may also have difficulty discussing complicated issues because the circles they scroll in only confirm their preexisting beliefs.

Echo chambers happen wherever information is exchanged, at political rallies, for example, or in community groups that share the same opinions. Quite often, the claims and ideas Snopes is called upon to address are found circulating in online echo chambers. This is because the internet is an easy place to find someone who shares the same beliefs.

How do you know if you're stuck in an echo chamber? For starters, listen to those speaking around you and ask yourself the following questions:

If you've answered yes to any of the questions above, you may have found yourself in an echo chamber. So, how do you avoid ending up in one in the first place?

How to Avoid an Echo Chamber

When something is presented as fact, consider the evidence (or lack thereof) and think critically about that stance. Do this by checking multiple sources for complete and objective information from credible sources. (Both NewsGuard and Media Bias/Fact Check are tools that provide transparency to a source's biases and objectivity.)

Next, expand your media consumption and seek out additional sources that present opinions different from your own. Looking through a wider media lens sometimes allows for a more complete picture of a pressing issue.

Remember that wanting something to be true doesn't make it a fact. Put in the work to determine for yourself whether a stance is truly based on fact. When in doubt, don't share it out.

Lastly, don't shy away from interacting with people of different beliefs or seek out conversations with those who have new ideas.

Previous Article
Next Article
Article 6 of 28 in Collection