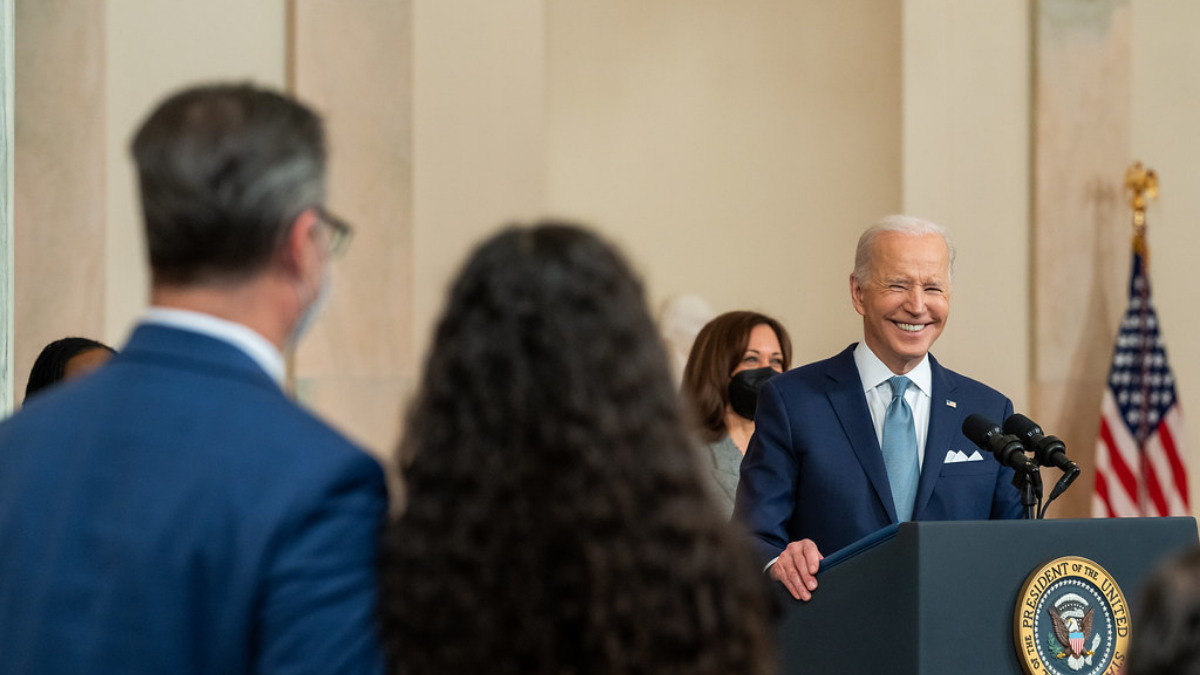 Nearly every piece of media we come across on our social media feeds has been framed in a specific way to influence our opinion on what it is that we are seeing. If, for example, I share a video with the caption “a bird just pooped on Biden’s shoulder,” you might be more inclined to conclude that the video really does show a bird pooping on Biden’s shoulder.

But what if you first encountered this video with a different caption? What if you saw this video with the caption, “Piece of distillers grain falls on Biden while speaking at a bioprocessing facility.” What would you see then?

While the visuals in both videos are identical, the framing affects how we interpret what we see. Unfortunately, social media is geared to give attention to sensationalized content. The versions of this video claiming that a bird pooped on Biden garnered literally millions of views. Videos carrying corrected captions about distillers grain falling on Biden's lapel don’t have anywhere near that reach. Furthermore, it’s difficult for most people to shake off a first impression. People who saw and believed the bird pooping caption might not be able to “unsee” it, even when presented with evidence to the contrary.

When assessing the credibility of a viral video caption, it's helpful to watch (and judge) the video on its own merits. Ignore what the caption is claiming for a moment and allow yourself the opportunity to judge the footage for yourself.

Let’s take a look at the following video:

What do you see? How would you describe this video?

If you were going to caption this video, what would you write? Keep your caption in mind as we show you how this video was framed and shared on social media.

On April 15, 2022, the above-displayed clip went viral after it was shared with captions claiming that Biden "tried to shake hands with thin air."

We naturally expect captions to accurately describe content. So when we encounter a video captioned "Biden shaking hands with thin air after finishing a speech," we're primed to believe we're going to see a video of Biden doing just that.

But is that case? Does this "shaking hands" caption match the one you created for yourself above? When you watched the video when it was presented without a caption, did you see Biden "shaking hands with thin air"?

Where’s the Rest of the Video?

If you find yourself questioning the accuracy of a caption on social media, it might be time to do some more investigating. In the case above, the viral video is only about 30 seconds long. As this video comes from a speech by the president of the United States, it's likely that there will be additional footage to be found from this event. Maybe there are additional angles or longer clips that can add some more context.

By searching for “Biden speech” and examining the relevant news articles, we were able to find out that this video shows a speech that Biden gave in Greensboro, North Carolina. On YouTube, we found several videos that show Biden’s full speech. On C-SPAN, we found footage of this speech that showed Biden's "handshake" from a different angle. Let’s take a look at that video:

What do you see when you watch this video? Is Biden shaking hands with thin air? Or is he gesturing at the crowd? Does he seem confused? Happy? Angry? Lost?

When you watch viral videos on social media, make sure to take a moment to assess the footage for yourself, on its own terms. Create your own captions. Determine for yourself what you are seeing with your own eyes. Then, once you've evaluated the footage on your own, take a look at the caption shared with the video and see if it aligns with your own perceptions. In this case, do you think captions claiming that "Biden tried to shake hands with the air" were accurate?

Previous Article
Next Article
Article 8 of 28 in Collection