The driver of the Google Street View car can be seen ordering and then reaching out to pay for food at a McDonald's drive-thru window. 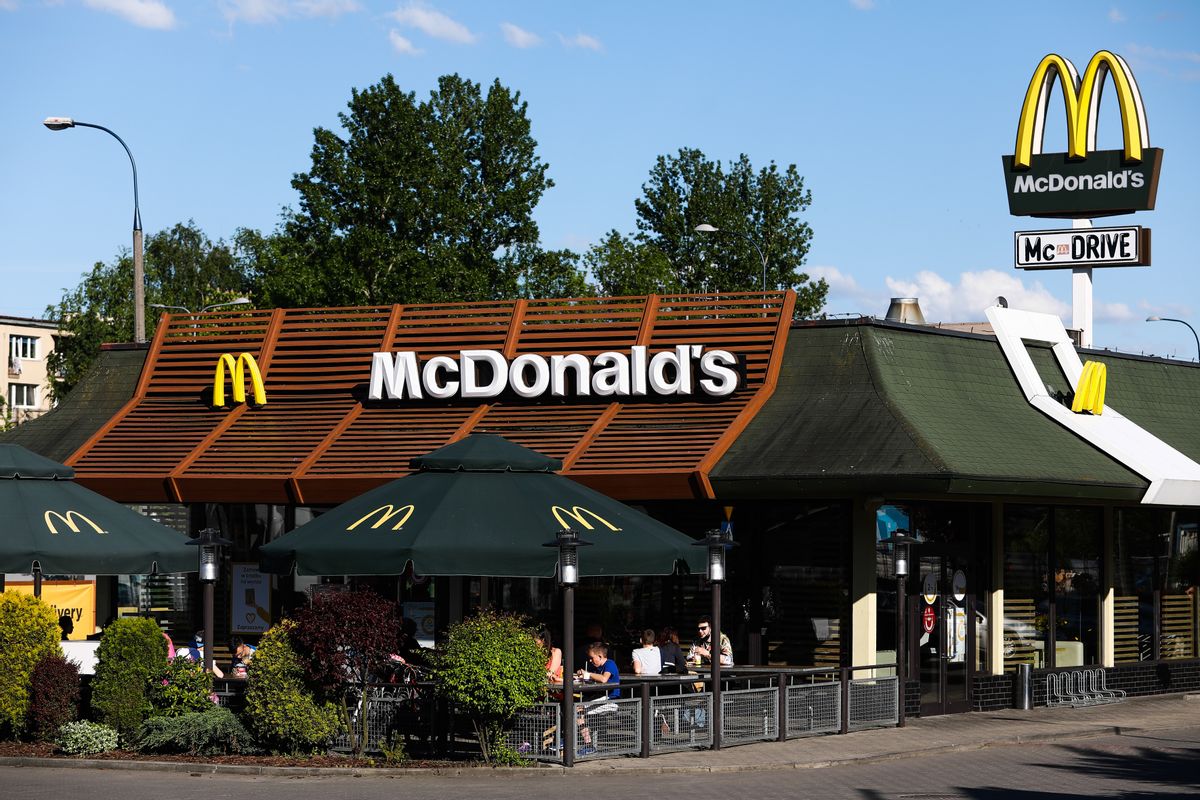 McDonald's restaurant in Krakow, Poland on May 26, 2021. (Photo by Jakub Porzycki/NurPhoto via Getty Images)

In May 2021, a TikTok user documented quite the curious moment on Google Maps. A video showed the driver of a Google Street View car ordering at a McDonald's drive-thru and then paying at the window.

It was viewed nearly 5 million times in two weeks. The same location was likely posted before by similar TikTok accounts.

We traced the McDonald's location to Tychy, a city in Silesia in southern Poland. The address is Dołowa 1, 43-100 Tychy, Poland. In August 2012, a car that was taking 360-degree photographs for Google Street View visited the drive-thru at the Tychy McDonald's. The car appears to stop and order at the menu. A hand can be seen reaching out of the Google Street View car to provide payment for the order. Most of the car is visible in the reflection. (Google Street View)

Finally, the car appears to park in a space, perhaps so the driver can eat. The next frame after this showed that time had passed since the driver parked, meaning that they were likely enjoying the meal. (Google Street View)

It's unclear if the car was an official Google Street View car or if it was a car managed by a third-party company that later provided the content to the tech giant.

We noticed that a McWrap was highlighted as the featured item on the drive-thru menu. The McWrap was discontinued in the United States, but it's still available in Poland. For example, there's the time that zombies were purportedly spotted in a field. We also reported about a superhero sighting in Japan as well as a purported dead body found from an aerial view.

There was even an instance when we realized a Google Street View driver had hit a little furry animal.

In sum, the driver of a car that was taking 360-degree pictures for Google Street View could be seen ordering at a drive-thru and then parking, presumably to enjoy the meal.