Was Rep. George Santos a Drag Queen in Brazil?

The embattled representative allegedly performed in drag shows under the name “Kitara Ravache.” 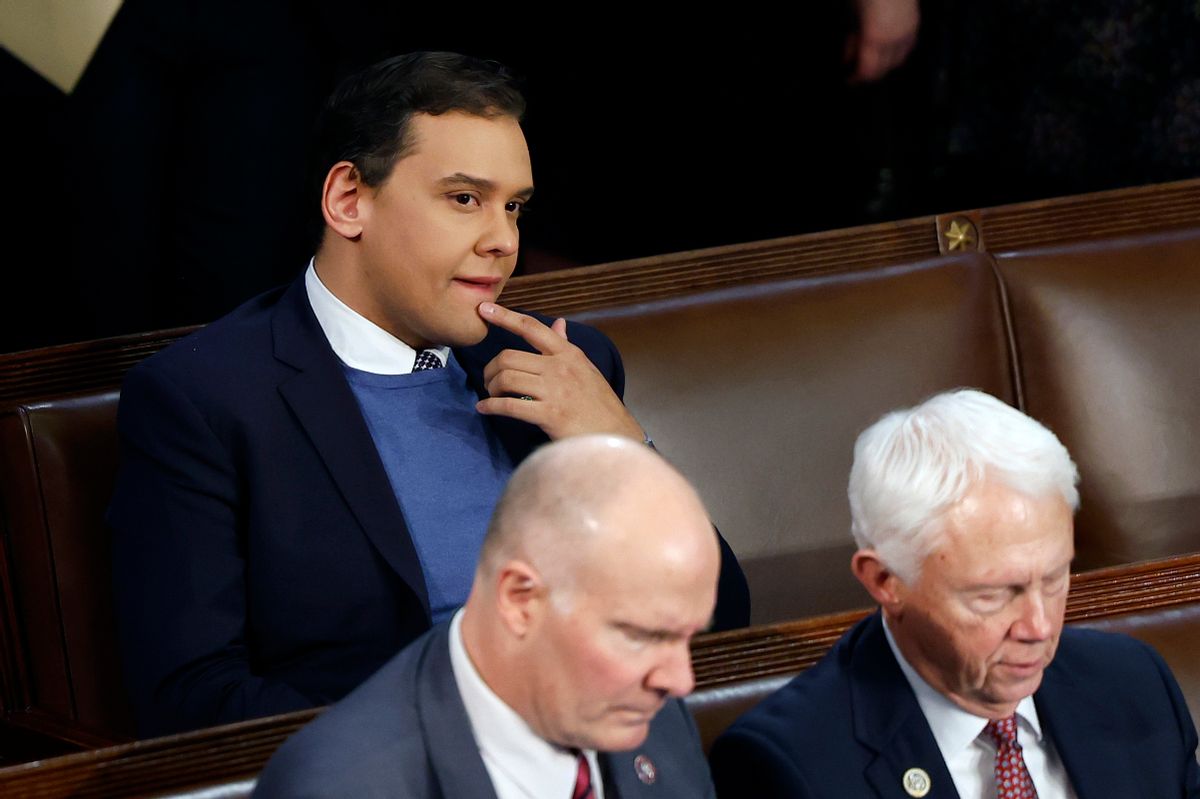 As newly elected U.S. Rep. George Santos, R-N.Y., began work at the Capitol in January 2023, his history was under intense scrutiny, including an alleged time he performed as a drag queen in Brazil. Two acquaintances told Reuters for a story that published on Jan. 19, 2023, that Santos was part of the drag queen pageant circuit around 15 years ago, and at one point aspired to be Miss Gay Rio de Janeiro.

We were unable to determine with certainty whether the person photographed with Rochard was indeed Santos — he denied the accusations, describing them as "categorically false." Meanwhile, Reuters, a reputable news outlet reported on the claims, interviewing Rochard and another unnamed person with purported knowledge of Santos' past. We also spoke with Rochard, a conversation we detail below.

The news broke when a Brazilian drag performer who goes by the name Eula Rochard posted a photograph of herself and someone she claimed was Santos in drag.

Freelance reporter Marisa Kabas conducted an interview with Rochard, who said she had met Santos when he was a teenager in Niterói, a town near Rio de Janeiro. She said the photograph she posted was from a 2008 Pride parade.

Rochard shared the below video with Kabas, and added that Santos was interviewed at the 4:19 mark.

Reuters also spoke to Rochard and an unnamed individual who both said they knew Santos from his days allegedly performing in drag. Rochard said she met Santos in 2005, and he competed in a drag show 3 years later. Rochard said Santos was a "poor" drag queen in 2005 with a simple black dress, but he returned in 2008 with a lot more money and a flashier outfit. The other, unnamed individual said Santos had aspired to be Miss Gay Rio de Janeiro.

"He's changed a lot, but he was always a liar. He was always such a dreamer," Rochard said to Reuters.

We also reached out to Rochard via Instagram, and she told us, "I'm a well-known drag [performer] here, that's why he knew me." She also said Santos' drag name was Kitara Ravache.

Soon after news broke about his alleged past, Santos denied the claim he was a drag performer, tweeting "The most recent obsession from the media claiming that I am a drag Queen or "performed" as a drag Queen is categorically false. The media continues to make outrageous claims about my life while I am working to deliver results":

In response to his denial, Rochard wrote to us, "Tell him that Eula sends him kisses."

Santos is considered the first openly gay Republican to win a House seat in Congress as a non-incumbent. However, he has positioned himself as conservative on a number of social issues, including backing the controversial "Don't Say Gay" bill in Florida, which prohibits discussions about sexual orientation and gender identity in classrooms. The Republican Party has increasingly denounced drag shows and performers in recent years, saying performances where children are present should be criminalized. Republicans in multiple states have deemed them as sexually explicit or obscene, something that LGBTQ advocates say is intended to marginalize them further.

In response to criticisms about his support of the bill, Santos told USA Today, "I am openly gay, have never had an issue with my sexual identity in the past decade, and I can tell you and assure you, I will always be an advocate for LGBTQ folks."

On Jan. 22, 2023, Santos was approached by reporters at LaGuardia Airport, New York City, who asked him about the photographs. He responded, "No, I was not a drag queen in Brazil, guys. I was young and I had fun at a festival. Sue me for having a life." He did not deny the authenticity of the above photograph.

We also reached out to Santos' office to learn more. While Santos has denied the claims about his past, he has a history of fabricating information about his life and career. Federal and local New York prosecutors are also looking into whether Santos committed any crimes involving his finances or his lies on the campaign trail.

Jan. 23, 2023: This report was updated to include the latest statement from Santos on his alleged history as a drag queen.