Santos has admitted to fibbing when making statements about his heritage and history. 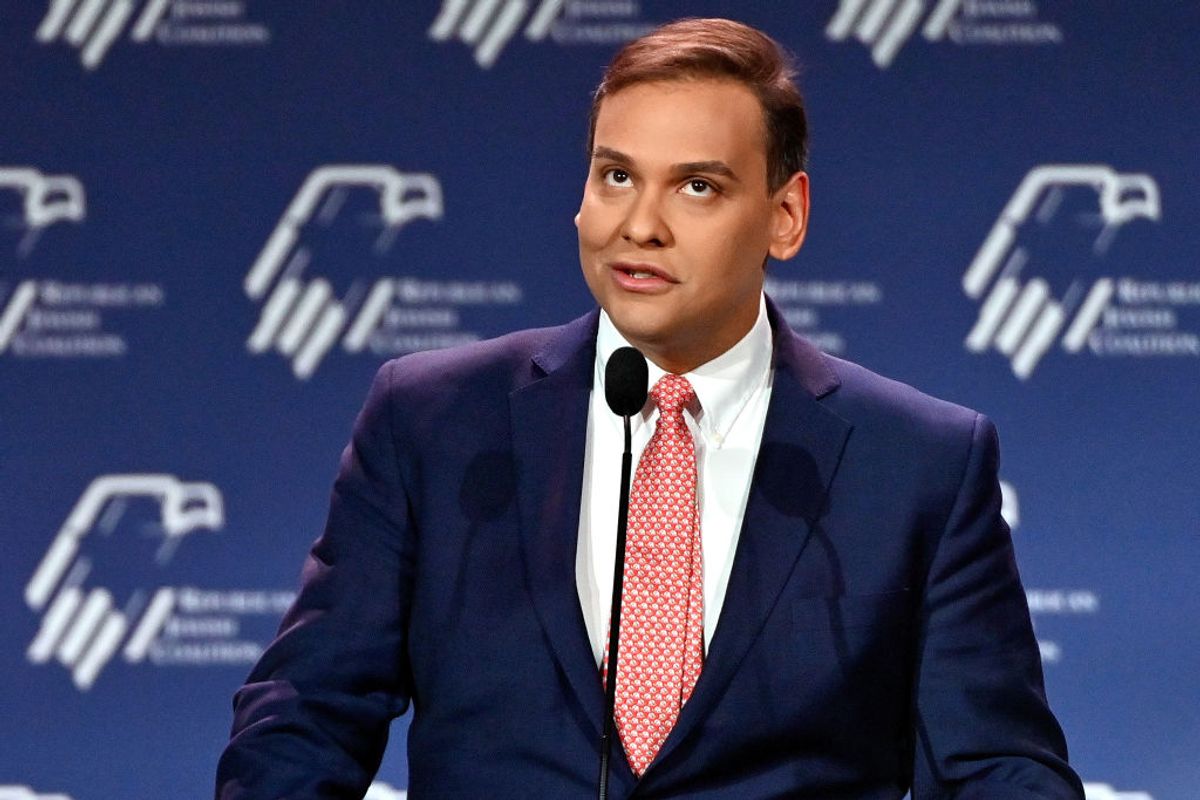 U.S. Rep.-elect George Santos, R-New York, hasn't even assumed office yet, and he is already awash in controversy.

The New York Republican is set to take his seat representing the state's 3rd Congressional District in January 2023, but has come under fire from critics who have accused him of lying about various aspects of his history and background.

Santos flipped the 3rd district seat from blue to red in the 2022 midterm elections, defeating incumbent Democrat Tom Suozzi in the contest to represent an affluent region that encompasses portions of Long Island, Queens, and Nassau County.

But his claims about his past accomplishments and his roots have attracted scrutiny. Multiple sources reported on Dec. 29, 2022, that federal and local prosecutors were looking at his financial dealings and allegedly misleading claims made during his campaign. We reached out to the Santos campaign asking for comment about allegations that he had been dishonest about various aspects of his life, and will update this story if and when we receive a response.

Here are some of the claims Santos has made, and what we know about their veracity.

Earlier in 2022, Santos declared in a document submitted to Israel lobbying groups, including the American Israel Public Affairs Committee (AIPAC), that he was a "proud American Jew."

In an interview published by the New York Post on Dec. 26, 2022, Santos stated he was Catholic and claimed, falsely, that he "never claimed to be Jewish." He stated, "Because I learned my maternal family had a Jewish background, I said I was 'Jew-ish.'"

On July 6, 2020, amid racial justice protests following high-profile killings by police of Black Americans, including George Floyd and Breonna Taylor, and the racist murder of Ahmaud Arbery, Santos tweeted against the Black anthem, while also claiming biracial ancestry.

"As a biracial person I stand tall against segregation of any kind. This so called 'black anthem' is the most divisive thing I've ever seen," Santos opined.

When prompted by another Twitter to expound on his background, Santos stated he was Caucasian and Black. As NewsOne reported, "Santos' own campaign biography said he was the son of Brazilian immigrants, a claim that does not preclude biracial status."

Santos claimed on his campaign website (which has since been altered) that he founded and ran an animal rescue non-profit organization called Friends of Pets United from 2013 to 2018, and that the charity rescued "2400 dogs and 280 cats, and successfully conducted the TNR (trap neuter and release) of over 3000 cats."

But when The New York Times attempted to run down evidence that a tax-exempt charity with that name existed, it wasn't able to do so. Furthermore, Santos held a fundraiser with one other animal rescue group, but the funds raised were unaccounted for:

Friends of Pets United held at least one fund-raiser with a New Jersey animal rescue group in 2017; the invitation promised drinks, donated raffle items and a live band. Mr. Santos charged $50 for entry, according to an online fund-raising page that promoted the event. But the event's beneficiary, who asked for anonymity for fear of retribution, said that she never received any of the funds, with Mr. Santos only offering repeated excuses for not forwarding the money.

On his campaign website, Santos had claimed he went to Baruch College, a public college in the City University of New York (CUNY) system, "to study for an economics and finance degree." After graduating, the website states, Santos went on to join Wall Street investment and banking firm Citigroup before being offered a position at Goldman Sachs, another financial giant.

But in the Dec. 26 interview with the New York Post, Santos admitted he had never worked for Citigroup or Goldman Sachs. Instead, he worked for a third-party company called Link Bridge, which conducted business with both companies. He also admitted he never graduated from college, stating, "I didn't graduate from any institution of higher learning. I'm embarrassed and sorry for having embellished my resume."

Ashford, Grace, and Michael Gold. "Who Is Rep.-Elect George Santos? His Résumé May Be Largely Fiction." The New York Times, 19 Dec. 2022. NYTimes.com, https://www.nytimes.com/2022/12/19/nyregion/george-santos-ny-republicans.html.