4 Myths About 'the First Thanksgiving'

For starters, it wasn't a meal between Native Americans and the Pilgrims in 1621 that kicked off the tradition. 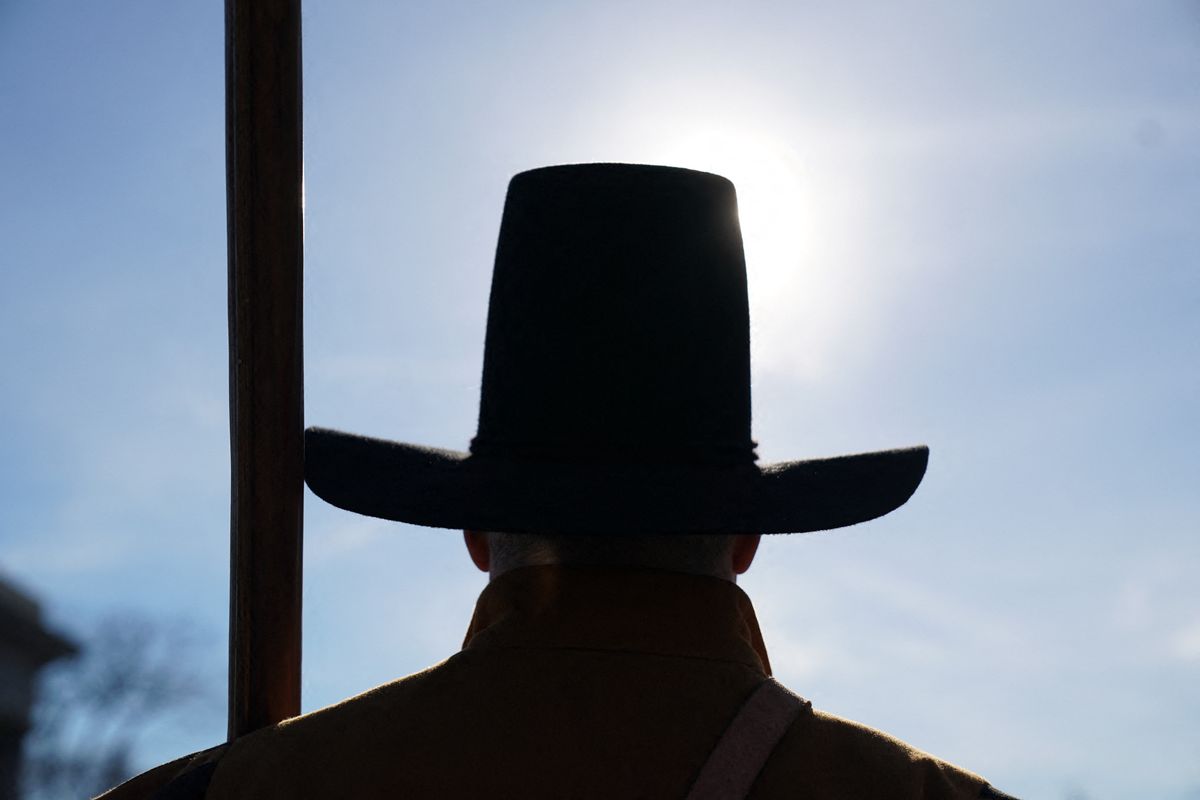 It wasn't a meal between Native Americans and the Pilgrims in 1621 that kicked off the tradition of Thanksgiving. (Image Via Getty Images)

You may have some misconceptions about "the first Thanksgiving" — that is, the fairytale-like story of Pilgrims and Native Americans supposedly breaking bread together in what has been falsely propagated as a welcoming ceremony for English colonists in their newfound home.

There was a real-life event in 1621 from which the story grew; a three-day gathering by English colonists to mark a successful harvest, and members of the Wampanoag tribe were in attendance. But many have repeated the tale omitting important historical context or falsely detailed its events.

To err on the side of facts, consider these four vignettes from Snopes' trove of historical research:

The English colonists who would end up at the center of Thanksgiving folklore never mentioned the famed rock when they recalled first stepping foot on North America. In fact, there were no known references to the rock until more than a century later, according to the Pilgrim Hall Museum.

As we wrote in a July 2022 fact check, the colonists first came ashore in what is now Provincetown on Cape Cod. The museum says on its website:

There are no contemporary references to the Pilgrims' landing on a rock at Plymouth. There are two primary sources written by the Pilgrims themselves describing the landing in Plymouth in 1620, William Bradford's journal 'Of Plymouth Plantation' and the 1622 book popularly known as 'Mourt's Relation.' Both simply say that the Pilgrims landed. Neither mentions any rocks in their account of the landing. The first references to Plymouth Rock are found over 100 years after the actual landing.

2. Thanksgiving didn't originate with the Pilgrims.

It's true that, in 1621, the English colonists celebrated a successful harvest with a multi-day gathering that members of the Wampanoag Tribe attended, according to historians. But both groups had been holding such celebrations for centuries — the 1621 gathering wasn't the first of its kind.

David Mikkelson, the founder of Snopes, wrote in a 2000 article comparing the practices of modern-day celebrants and people who participated in the 1621 event:

Thanksgiving did not originate with the Pilgrims; it was an ancient historical custom they would have been familiar with from England. What the Pilgrims were celebrating was really not a 'thanksgiving,' which to them was an occasion for religious piety and solemnity, but rather a harvest festival, full of (secular) revelry such as feasting, dancing, singing, sports, and games which the Pilgrims would have considered completely inappropriate activities for a religious observance.

They feasted on venison and a variety of other fowl, such as goose or duck, according to historical accounts. It's unlikely the menu included many of today's staples — no potatoes, corn on the cob, pumpkin pie, or cranberry sauce.

Although contemporary accounts of the first Thanksgiving mention 'wild Turkies,' the Pilgrims and Wampanoag likely feasted on a variety of other fowl, such as geese, ducks, and partridges, and even birds we no longer commonly consider as food, such as cranes, swans, and eagles.

Corn on the cob was unlikely to have been on the menu, since Indian corn was primarily kept dried by that time of year and used for grinding up into meal. The pumpkin pie and cranberry sauce we're familiar with were absent from the table as well, since the colonists had no supply of sugar, and wheat flour may have been scarce. (The celebrants might have made something like a pudding from boiled pumpkin sweetened with honey or syrup, however.) Potatoes (mashed or otherwise) were probably also absent, as they were not common in that area at the time. Although we don't traditionally associate seafood with Thanksgiving, the colonists may have included cod, eel, clams, lobster, and even seal in their feast.

Believing Thanksgiving to be a holiday that began simply with Native Americans and English colonists peacefully breaking bread together ignores crucial historical context of the era — that is, the era's genocide and displacement of indigenous people with colonists' arrival.

David Silverman, a professor at George Washington University and the author of the book "This Land is Their Land: The Wampanoag Indians, Plymouth Colony, and the Troubled History of Thanksgiving," said in a 2019 peice for The Atlantic (which Snopes later cited in a fact check investigating the purported links between the holiday and the 1637 massacre of the Pequot Tribe):

The so-called first Thanksgiving was the fruit of a political decision on Ousamequin's [the Chief of the Wampanoag] part. Violent power politics played a much more important role in shaping the Wampanoag-English alliance than the famous feast. At least in the short term, Ousamequin's league with the newcomers was the right gamble, insofar as the English helped to fend off the rival Narragansetts and uphold Ousamequin's authority. In the long term, however, it was a grave miscalculation. Plymouth and the other New England colonies would soon go on to conquer Ousamequin's people, just as the Frenchman's curse had augured and just as the Wampanoags who opposed the Pilgrims feared that they would.

In a 2021 interview with Snopes, Chris Newell, director of education at the Akomawt Educational Initiative, unpacked how the misleading story at the center of Thanksgiving folklore gained its popularity. For decades, he said, writers of various publications, including schoolbooks, pushed the narrative as fact because "they wanted a pleasant story" that could serve as a foundational event everyone could unite on.

— Snopes' archives contributed to this report.