A wave of proposals would put new restrictions on teachers and schools. To help put the policy trend into perspective, we spoke to a representative of the literary freedom organization. 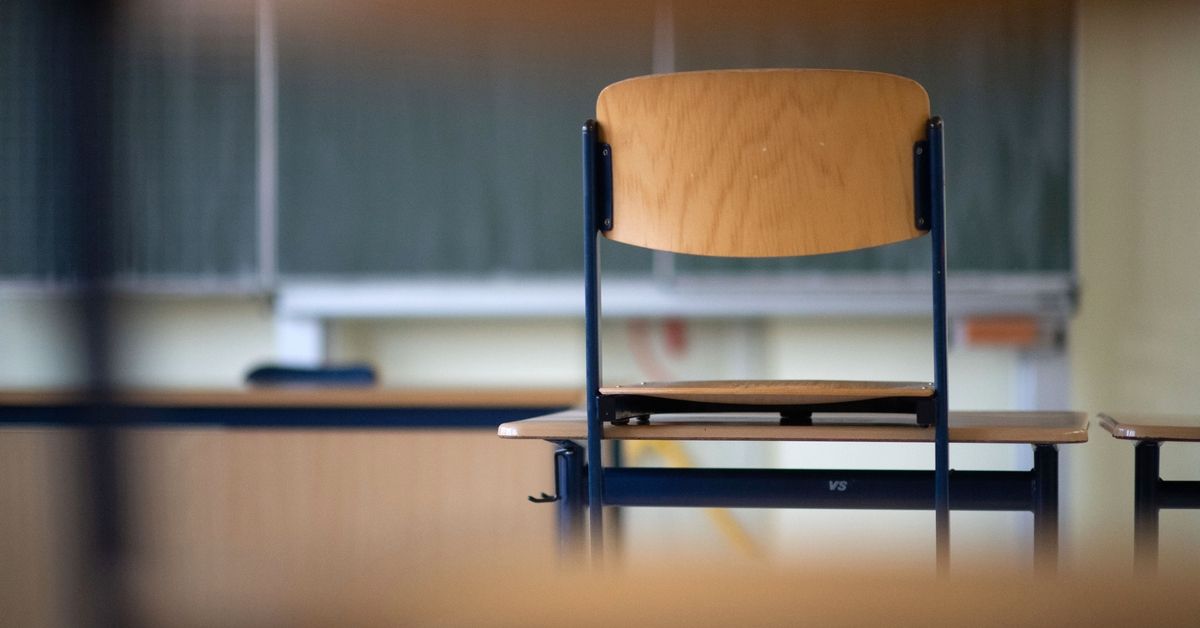 In 2022, state lawmakers across the U.S. pushed legislation that would place new restrictions on teachers and schools when it comes to discussing various social topics, like race and racism, LGBTQ issues, and gender identity, with students.

The proposals' specific stipulations varied, though they generally shared an underlying goal, according to supporters: to try to make classrooms spaces where students do not encounter topics that some people feel are inappropriate.

The bills were heavily partisan, with Republican lawmakers leading the charge. Michigan state Republicans, for example, are pushing a bill that would limit how public schools can teach about race and racism. In Ohio, legislators are considering a bill that would limit how topics relating to sexual orientation and gender identity are discussed in classrooms from kindergarten through third grade, similar to a measure now in effect in Florida dubbed by critics as the "Don't Say Gay" law.

To help put the legislative trend into perspective, we spoke to Jeremy Young, senior manager in free expression and education for PEN America, a charitable organization focused on literary freedom and human rights. PEN America has been tracking these types of proposals — which it calls "educational gag orders" — since they began cropping up in January 2021.

Here are Young's answers to our questions (his exact words appear in direct quotes):

What are the big trends you're seeing in legislation, both proposed and passed, nationwide over the past couple of years? Is there any topic or group that seems to be the target for most of these bills?

Young said that much like legislation targeting books on classroom and school library shelves, "Almost all the bills continue to target [teaching about] race and topics related to race and racism."

"An important secondary target emerged in 2022, with bills targeting discussions about LGBTQ identities, or LGBTQ-affirming practices in schools."

Another important trend in 2022, Young noted, was a dramatic increase in the number of bills proposed. According to the organization's tracking, there was a 250% increase since 2021.

"More of the bills include punishments for educators who violate them, and more of those punishments are harsh," Young told Snopes in a phone interview.

Also, more of a focus is on colleges and universities. Young said there has been an overall increase in bills aimed at curtailing discussions of such topics at the college level.

What is your response to the reasoning for pushing these bills, namely from supporters who say parents should have more say over the teaching of sensitive topics to children?

Young said that PEN America supports parents and guardians having a say in their children's education, and advocating for their children in what they learn. But these bills don't actually do that, he said.

"These laws don’t empower parents. They empower a particular subset of angry parents. They’re pitting parents against teachers, and parents against other parents," Young stated. "Most parents want their children to learn the honest history of race and racism, and want their children to learn how to live in a diverse society. [The bills] are just dividing parents and pitting them against each other."

Young added that another, important aspect is being overlooked in the controversy: the rights of children.

"Children's rights are being forgotten in this discussion, their constitutional rights are all falling by the wayside," he said. "There absolutely is an effort afoot to censor children's identities and make it more difficult to speak to teachers about their own needs, and their own process of self-discovery. That’s certainly being threatened by these laws as well." (The U.S. Supreme Court has previously ruled that children do have First Amendment protections, though somewhat more limited that those of adults.)

Furthermore, the education bills put some children at a disadvantage by stunting their ability to understand the world around them and understand people who will coexist in the world with them, Young said.

"You will end up with a population of children who are less informed and less aware than others of the people who are around," Young said, a scenario that could negatively impact them when they seek to advance themselves through higher education and the labor market.

What do you foresee for the future with these bills and laws?

Young said that, in the view of PEN America, the bills and laws will not withstand court challenges, because generally speaking, they violate free speech enshrined in the First Amendment. Nevertheless, he added, the bills will have a chilling effect on speech.

"I do think the advocates [of the bills] would like to see them on the books and enforced," he said. "I do think some of that will happen for a while."