Those calling members of the LGBTQ community "groomers" are just echoing an old, hateful smear. 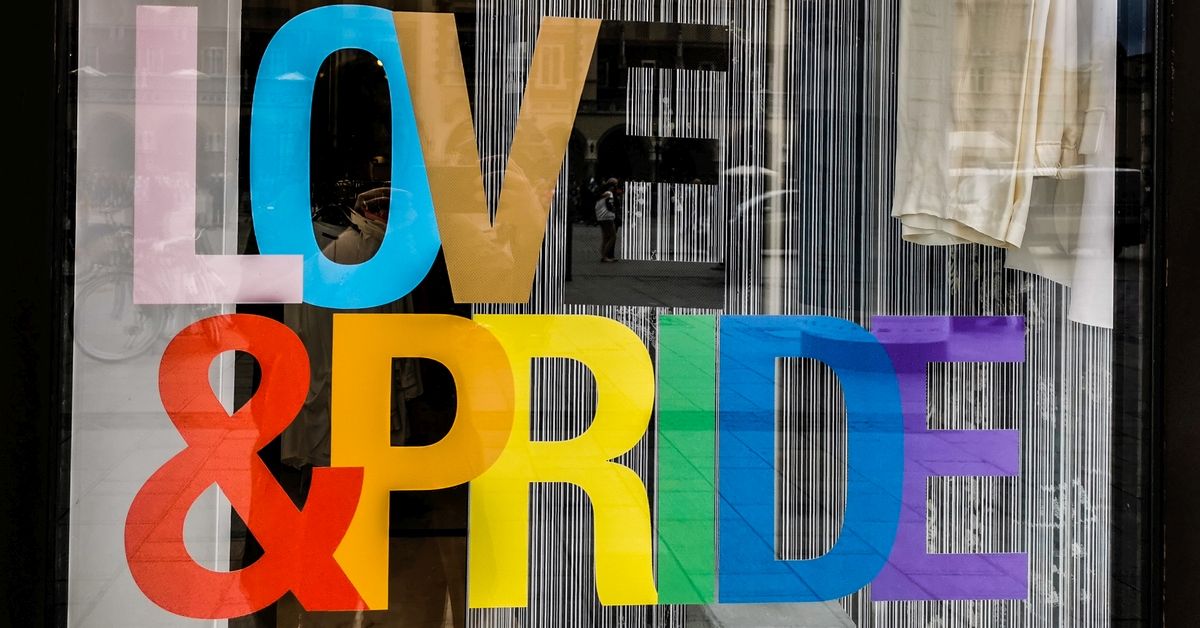 A wave of homophobia that was sweeping the U.S. in the spring and summer of 2022 was being driven by a hateful "groomers" smear campaign with echoes in history, both recent and old.

In political campaigns, legislation, and rhetoric, some far-right political figures have labeled the LGBTQ community as "groomers" — along with anyone who opposes anti-LGBTQ measures — or child predators.

Thus, as June marked Pride in the U.S., an annual commemoration of the history, culture, and progress toward social equality of the LGBTQ community, Pride events in 2022 were marred by hate and threats of violence, as "right-wing politicians and preachers have openly called for killing LGBTQ people," per the Washington Post. And it has led to real threats, including a foiled plot by a white nationalist group in Idaho to violently disrupt a Pride event.

As acute as this may be, the current campaign labeling LGBTQ people as "groomers" is just recycling old tropes, according to historians we spoke with. Below, we lay out what we learned.

Recent History: When 'Groomers' Were 'Recruiters'

In the 1970s, conservative Christian leaders like televangelists Jerry Falwell, Sr. and Pat Robertson began to coalesce around a social movement called the Moral Majority. Anti-gay rhetoric and opposition to LGBTQ rights was among its tenets, and it was influential with Republican politicians.

A quote from that campaign might sound familiar in today's political climate:

We should note that the quote is false. LGBTQ people can't be "recruited." A complex set of influences, including an array of genes and environmental factors, contribute to whether a person is gay.

"There's obviously a long history here," said Michael Bronski, professor of the practice in media and activism in studies of women, gender, and sexuality at Harvard University, referring to political figures ginning up anti-LGBTQ sentiment for political gains.

In March 2022, Florida Gov. Ron DeSantis signed a bill into law that uses broad language to ban discussion about LGBTQ issues in kindergarten through third grade classrooms that is not "age appropriate" for those younger students. Critics of the law have dubbed it the "Don't Say Gay" bill.

Key language in the law states, "Classroom instruction by school personnel or third parties on sexual orientation or gender identity may not occur in kindergarten through grade 3 or in a manner that is not age appropriate or developmentally appropriate for students in accordance with state standards." It allows parents to sue districts over perceived violations.

As of this writing, at least a dozen Republican-led states have proposed similar legislation, while others have pushed bills curtailing the rights of transgender people.

Writing for the Boston Review, Bronski described the "Don't Say Gay" law in Florida, and similar ones drafted in other states, as a "clear descendant" of "No Promo Homo" laws in the 1980s, which he described as a backlash against gay men resulting from the HIV/AIDS epidemic.

But while the pattern of attacking LGBTQ people for political capital isn't new, lashing out at the broader public because they don't support anti-LGBTQ measures is, Bronski said.

In one viral example, Mallory McMorrow, a Democratic Michigan state senator who is straight, attacked a Republican colleague for calling her a "groomer" in a fundraising email.

"The reality is that kids in first, second, third grade are well aware of same-sex relationships. If you watch TV for three hours any night you’ll see two or three commercials that feature same sex couples," Bronski stated. "I think these laws are coming at a time when a conservative element in fact understands very well that they have lost the battle."

Bronski noted that his comments were in reference to the broad cultural picture, but nevertheless, "I’m not minimizing it because these laws can cause great harm."

Indeed, members of the LGBTQ community and advocates have voiced concerns that the Florida law could have a chilling effect on all speech on the issue, and that the law, which takes effect July 1, 2022, will have an adverse impact on the mental health of children.

"When I hear this 'grooming' thing, it’s just as dangerous as anything out of the 1970s," said Adam Laats, a history professor specializing in the history of education at Binghamton University in New York. "You're accusing a vast group of people of being sexually aggressive with people's children."

Laats said the "big elephant in the room" is the COVID-19 pandemic, and the fact that starting in the spring of 2020, many parents were forced to carry out their children's' education in the home.

The result has been frustrated, outraged parents and a wave of parent activism that has readily been taken up by politicians, with flare-ups over issues like books about sensitive issues including LGBTQ topics; race, and racism offered in school libraries; and misleading allegations that critical race theory, a discipline taught in law school since the 1970s, was being taught to grade school children.

Prior to the pandemic, conservatives voiced anger over books like, "And Tango Makes Three," about a penguin family with two dads, but the pandemic threw gasoline on the spark, Laats noted. Pundits accused teachers and schools of "sexualizing" children for making the book and others like it available to them.

"They're cartoon penguins. There's nothing sexual about it," Laats said. "The 'sexual' comes from that hateful old trope that any gay person is only sexual and there are no other parts to their identity."

How children and schools are harmed by the current backlash remains to be seen, Laats added.

"No one will ever know how many teachers pulled 'And Tango Makes Three' off shelves and put a different family book out with a mom and dad," Laats said. "Those kinds of impacts from this stuff are enormous and impossible to trace."

The real loss, he noted, is for children who may be part of LGBTQ families or who are LGBTQ themselves lose the experience of seeing themselves reflected in such literature.

"The goal is literally to help children and save lives," he said. "To be against that just seems monstrous, especially if you’re doing it for a short-term election gain."

"The fear of LGBTQ populations as 'groomers' goes back really far, and was one of the main justifications for the illegality of homosexuality in the Christian world," said Margaret Peacock, associate professor of history at the University of Alabama who specializes in European and Russian history, as well as the history of childhood. "So, whether people realize it or not, they are leaning on an old trope when they make that fallacious argument."

In the Boston Review, Bronski described blood libel and its similarities to the modern fear-mongering over LGBTQ people:

Gays are in good company, not that it is much comfort: Christians have a long history of accusing religious, ethnic, and sexual minorities of abusing, molesting, and killing children. In medieval Europe, Jews were frequently accused of ritually killing Christian children—the blood libel—often to use their blood to make matzah. Fictitious victims—Little Hugh of Lincoln, William of Norwich, Simon of Trent—were even canonized as saints to drum up fervor for pogroms. The accusation that queer people are “grooming” children to be gay or question their gender is just the modern equivalent of the blood libel: the molestation libel. The same was at the heart of the implementation of the sexual psychopath laws against gay men and of Anita Bryant’s Save Our Children campaign.

So-called sexual psychopath laws swept the U.S. starting in the 1930s and allowed people to be detained and institutionalized without having committed a crime — they needed only have been judged to have the potential to do so. Fueled by high-profile crimes like the gruesome Black Dahlia murder in 1947, Bronski noted that the pretext given by legislators for such laws was the need to protect women and children. But many of those targeted by the laws in reality were gay men engaging in consensual sexual relationships with other men.

Underpinning such moral panics, aside from the ambitions of political figures who play on them, are typically fears about a changing social order, Peacock said. In the U.S., the U.S. Supreme Court in 2015 legalized same-sex marriage nationwide, and the LGBTQ community has experienced increasingly more mainstream acceptance.

And, Laats said, life in the U.S. has been trending toward being more inclusive over time.

"It's not perfect, but things have moved in a certain direction for 100 years," Laats observed. "Instead of saying mainstream ideas are shifting, it makes more sense to a lot of people to say, 'schools must be cramming these changes down our kids' throats.' Some parents see these things changing, and it’s intimidating to a lot of them. You can’t yell at a trend. But you can yell at a school board meeting."

Bronski, Michael. “Grooming and the Christian Politics of Innocence.” Boston Review, 3 May 2022, https://bostonreview.net/articles/grooming-and-the-christian-politics-of-innocence/.