The Houston-area salon owner was reportedly out to dinner for her birthday. 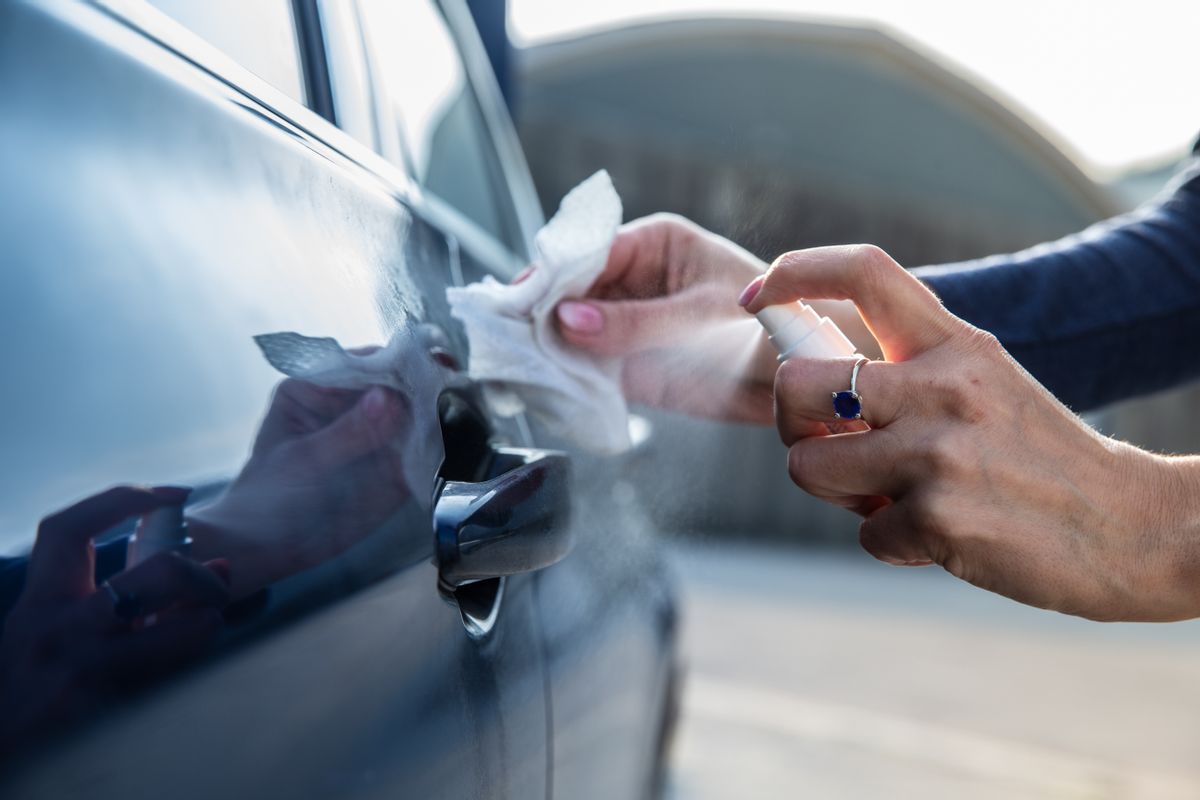 A Houston woman claimed in a widely publicized video that she was drugged after touching a napkin that was lodged in the handle of her vehicle, and was hospitalized shortly after coming into contact with it.

Erin Mims, who owns a salon according to her Facebook profile, shared a video to the social media platform on Aug. 7, 2022, providing a first-person account of her self-described experience.

Mims claimed that her birthday turned into one of “the scariest moments of my life” when, after dining at a Prospect Park restaurant on the north side of the city, she found a napkin wadded up and stuffed into the door handle of her car. (The video above shows a recreation of the event.) Mims said that she picked the napkin up with her fingernails and tossed it out. While she didn’t touch the napkin directly with her fingertips, she said that she did touch the door handle.

After about two minutes, Mims said her fingertips started tingling. After five minutes, she said that her entire arm started to feel numb, and she also felt lightheaded and couldn’t breathe.

“It was a whole bunch of different feelings at one time,” she said in the video. Her husband reportedly took her to the emergency room, where she was told that her vitals “were not stable” and she was given fluids and a “whole bunch of tests,” including a CAT scan.

“The doctors said I had acute poisoning from an unknown substance. I didn’t have enough of it in my system to determine what it was, but just that little amount had me messed up,” she said in the video. “So, just imagine if I would have grabbed it with my full hand.”

The video has been shared widely on social media and has been covered by a number of national and international news publications, such as The Independent and Business Insider, as well as several Houston-area outlets. One such news story alleged that Mims filed a report alleging assault with the Houston Police Department (HPD), prompting our newsroom to contact the agency. A public information officer confirmed that Mims had filed a police report — not assault charges — and the case was part of an ongoing investigation.

HPD told Snopes that aside from the police report, there is no evidence to corroborate Mims’ story — and that won’t happen until the department receives a copy of her medical records to determine what, if any, chemicals were in her system. HPD also said that this is the first such incident reported in its jurisdiction.

“At this point, we don’t know,” a spokesperson for the agency told Snopes on the phone.

In addition to the HPD, we also contacted the U.S. Drug Enforcement Agency to determine if there was a cause for broader public concern. A spokesperson for the agency referred our team to guidance issued by the Centers for Disease Control and Prevention:

Potential exposure routes of greatest concern include inhalation of powders or aerosols, mucous membrane contact, ingestion, or exposure secondary to a break in the skin (for example a needlestick). Any of these exposure routes can potentially result in a variety of symptoms that can include the rapid onset of life-threatening respiratory depression. Skin contact is also a potential exposure route, but is not likely to lead to overdose unless exposures are to liquid or to a powder over an extended period of time. Brief skin contact with illicit fentanyl is not expected to lead to toxic effects if any visible contamination is promptly removed.

Mims claimed that her doctor told her that the incident may have been a kidnapping attempt, so we also contacted the U.S. Department of State to see if such events have been reported. Snopes also attempted to contact Mims over Facebook messenger. We will update the article should we hear back.

While we cannot definitively say whether Mims was drugged, we should point out that there may be several things that could explain the event. Firstly, without sampling the napkin, it is difficult to determine if the substance came from a napkin or perhaps the tacos or margarita she had at dinner. It is also unlikely that someone would be poisoned simply by touching a substance — rather, such a serious reaction would likely need to be inhaled or ingested such as by her touching the substance and then touching her mouth or eyes.

Similar scenarios have shown up in social media circles in recent years. In June, warnings issued by a sheriff’s office in Tennessee prompted similar concerns over potentially fentanyl-laced folded dollar bills. Picking up these dollar bills could be life threatening as there may be powder inside containing fentanyl and methamphetamine, said officials. As we previously reported, these were isolated incidents made to appear more widespread by the large amount of news coverage they received.

Similarly, a Facebook user posted that “traffickers” had left a pair of sunglasses on her car door handle in an attempt to abduct her in the parking lot of a Target in Plano, Texas. This post included a photograph of sunglasses on a car door handle, but local police said they hadn’t received any calls on the matter, and the original poster did not respond to our requests for comment.

Since 2018, viral scarelore posts claimed that sex traffickers were leaving zip ties on the cars and mailboxes of potential victims, which police in San Angelo, Texas, contested saying at the time that they had “not received any reports of human trafficking, kidnappings or attempted kidnappings relating to human trafficking nor have we received any reports of black zip ties being used as a means to mark a target of any type of crime.”

In short: Without a full, conclusive investigation conducted by police, we are unable to confirm or deny exactly what contributed to Mims' hospitalization.

Ardrey, Taylor. “A Texas Woman Said She Was Poisoned after Touching a Laced Napkin That Was on Her Car Handle: ‘I Started Getting Hot Flashes.’” Insider, https://www.insider.com/texas-woman-said-she-was-poisoned-after-touching-laced-napkin-2022-8. Accessed 23 Aug. 2022.

“Houston Woman Says She Was Poisoned after Touching Napkin on Her Car, Her Story Goes Viral.” FOX 26 Houston, 18 Aug. 2022, https://www.fox10phoenix.com/news/houston-woman-poisoned-after-touching-napkin-on-her-car-story-goes-viral.

“Woman Claims She Was Poisoned by Napkin Left on Her Car Door Handle.” The Independent, 22 Aug. 2022, https://www.independent.co.uk/news/world/americas/crime/texas-woman-poisoning-napkin-erin-mims-b2150077.html.