If enough people use a name to refer to something, who's to say that isn't what it's called? 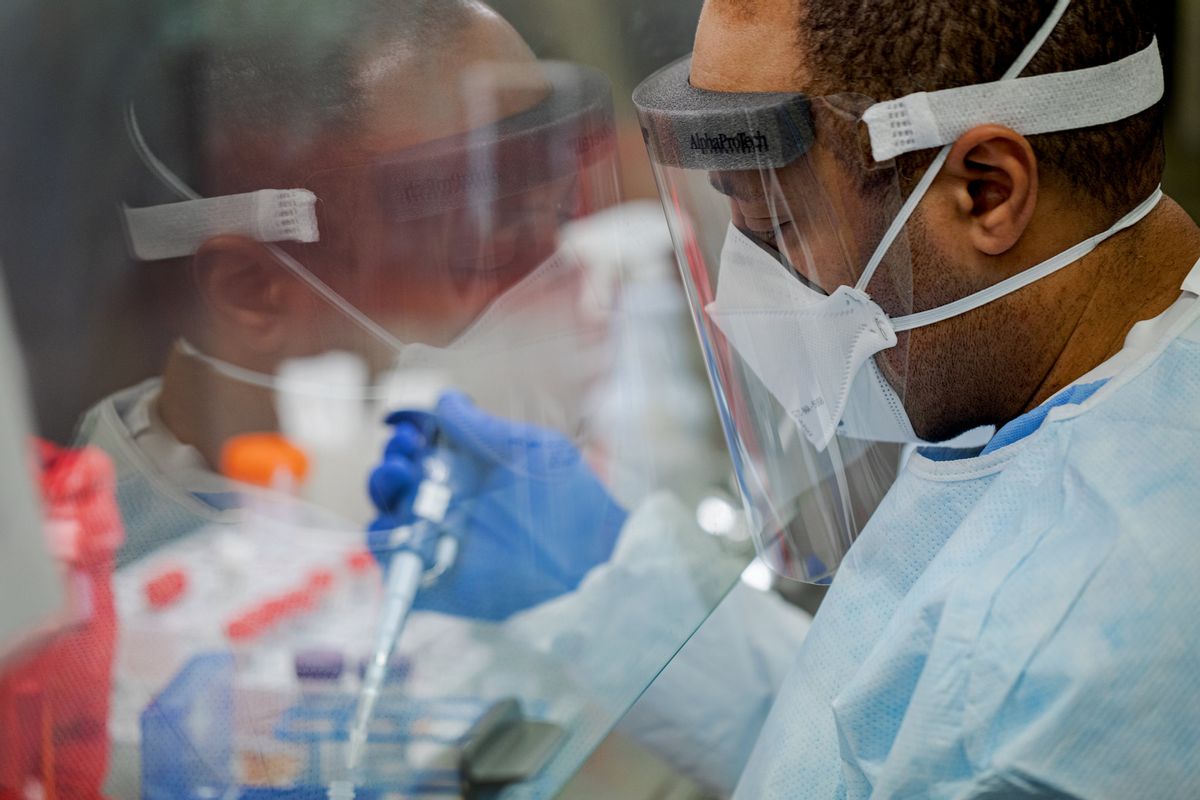 On July 12, 2022, Ed Yong, a science writer for The Atlantic, posted a set of images that supposedly showed how a random Twitter user willed into existence a nickname for a new COVID-19 variant, BA.2.75: "Centaurus."

Both of the screenshots in the above-displayed tweet were real. On July 1, Twitter user @xabitron1 truly posted a message saying the new strain should be called "Centaurus," just like the star constellation. More than a week later, several news outlets published articles calling the new COVID-19 variant, which was a mutation of the omicron strain, by the "Centaurus" nickname.

So how did this happen?

While the Twitter user's post may feel like an eerie prediction to some (in part because the internet is full of such bogus claims), that wasn't the case. Rather, people realized the new strain needed a name that was easier to remember, or say, than "BA.2.75," and so they created one.

After Yong's tweet went viral, @xabitron1 explained in a tweet thread, "People will understand much better nicknames than letters and numbers, their perception of the different sub variants is a mess."

Just as the language never stops evolving, the dictionary never stops expanding. New terms and new uses for existing terms are the constant in a living language, and our latest list brings together both new and likely familiar words that have shown extensive and established use.

A similar concept was at play when, in July 2022, COVID-19 variant BA.2.75 became unofficially known as "Centaurus." After @xabitron1 presented the nickname, other Twitter users picked up on it and started using it, too. News outlets eventually followed suit and started using "Centaurus" in articles about the latest strain.

For example, the Australian Financial Review wrote on July 4:

Virologists are warning that a highly contagious new second-generation COVID-19 variant nicknamed “centaurus”, which has multiple immune-evading mutations and has grown rapidly in India, is likely to take over from omicron variants and drive a new wave of infection.

What is the World Health Organization saying?

The World Health Organization (WHO) is responsible for giving new COVID-19 variants their official names. To date, the WHO has largely used the Greek alphabet to help determine the labels. As far as the above-mentioned strain, the WHO has referred to it as a "new sub lineage of Omicron called BA.2.75," as of this writing, and has not announced an official non-numerical name.

So, the WHO may never adopt the name "Centaurus," even though journalists and social media users are using the title.

The strain was rapidly spreading in India and had arrived in the United Kingdom, as of this writing. The Guardian reported:

The European Centre for Disease Prevention and Control (ECDC) designated it a “variant under monitoring” on 7 July, meaning there is some indication that it could be more transmissible or associated with more severe disease, but the evidence is weak or has not yet been assessed.

In addition to its apparent rapid growth and wide geographical spread, virologists have been alerted by the sheer number of extra mutations BA.2.75 contains, relative to BA.2, from which it is likely to have evolved. 'This could mean that it has had the chance to evolve an advantage over an already successful virus lineage,' said Dr Stephen Griffin, a virologist at the University of Leeds.

'It’s not so much the exact mutations, more the number/combination,' said Dr Tom Peacock, a virologist at Imperial College London, who was the first to identify Omicron as a potential concern back in November 2021. 'It’s hard to predict the effect of that many mutations appearing together – it gives the virus a bit of a ‘wildcard’ property where the sum of the parts could be worse than the parts individually.'

Some people have criticized the unofficial origins of the name "Centaurus," arguing that people should leave the labeling up to the WHO to avoid potential confusion. For a historical disease-naming example, we previously explored the origins of the "Spanish Flu" and how that name originated as a bit of a misnomer.

WHO Director-General’s Opening Remarks at the Member State Information Session on COVID-19 and Other Issues. https://www.who.int/director-general/speeches/detail/who-director-general-s-opening-remarks-at-the-member-state-information-session-on-covid-19-and-other-issues. Accessed 14 July 2022.