How Did 'Spanish Flu' Get Its Name?

The influenza outbreak of 1918 tops historians' list for deadly pandemics. 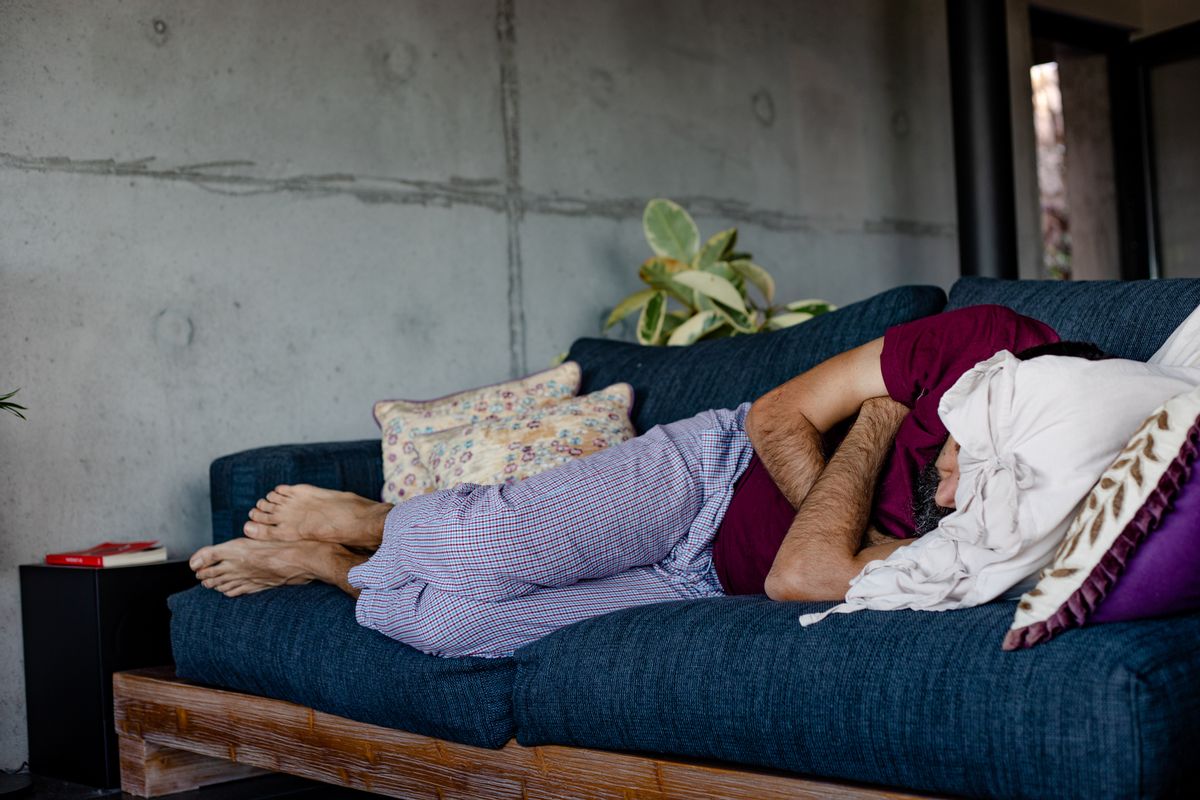 Since the earliest reports of the COVID-19 coronavirus disease by Chinese health officials in late 2019, epidemiologists have questioned whether the viral outbreak will surpass the damage of the so-called "Spanish flu" of 1918. Killing about 675,000 Americans and an estimated 40 to 50 million people globally, the novel strain of influenza caused the worst pandemic in recent history and defined much of the 20th century.

Beyond its economic and political impacts, the 1918 pandemic changed the way journalists, scientists, and politicians talk about infectious diseases — in effect, influencing the world's perception of them. With "Spanish influenza," the news media mainstreamed the naming of viral outbreaks based on their presumed location of origin.

While modern-day scientists consider "Spanish flu" merely a disputed nickname, the label has permeated the public conscience as a chapter divider in history. However, based on recent studies of the pandemic's history, the flu strain should not be tied to Spaniards at all.

Did the 1918 Influenza Outbreak Really Begin in Spain?

Followed by outbreaks of the "Asian flu" in 1957 and the "Hong Kong flu" in 1968, the 1918 pandemic spurred decades-long disagreements among scientists over how the novel influenza virus formed. For years, some believed the genes of the H1N1 virus morphed from an already-circulating human virus, while others argued that the disease grew from some sort of bird flu. Citing studies that involved excavating and analyzing body tissue from the pandemic's victims, the Centers for Disease Control and Prevention (CDC) has affirmed the latter research.

While the genetics of the virus are largely undisputed, the exact location where it began infecting humans is not. The U.S. recorded its first patients in the spring of 1918, all of whom were military men fighting in WWI. Almost simultaneously, in March and April, health officials in other parts of North America and across Europe and Asia reported cases, too, according to virologists.

But newspapers recorded the outbreak differently — and wartime censorship was to blame. In an attempt to keep spirits high among Allied and Central Powers countries, newspapers in those countries did not fairly report on the outbreak's toll. Meanwhile, in Spain, one of only a few European countries to remain neutral in the war, officials talked more openly about how patients were dying from the novel virus.

"[Spain] could report on the severity of the pandemic, but countries fighting the war were suppressing reports on how the disease affected their populations," according to BioSpace, a news site for scientific advancements.

The resulting nickname, "Spanish flu," did not go over well in Spain. Medical professionals and officials protested that its people were being inappropriately stigmatized. In an Oct. 1, 1919, "Letter from Madrid" published in the Bulletin of the American Medical Association, an official said the outbreak in Spain was brief and subsided with little impact, according to a 2020 story by The Washington Post. Spaniards at the time called the infectious disease "The Soldier of Naples," after a popular song at the time, or referred to it as the "French flu", asserting French tourists brought the illness to Madrid.

But the news media and popular culture drowned out the complaints from Spain. "The disease also became known as 'The Spanish Lady,'" the Post story reported. "A popular poster showed a skeleton-like woman, clad in a veil and a long, dark dress, holding a handkerchief and a Flamenco fan. One implication was that she was a prostitute, spreading her infection worldwide."

The Associated Press, too, has called the common name for the 1918 pandemic unfair. "'Spanish’ flu is a misnomer, and the strain is theorized to have actually developed in Kansas," a 2018 Associated Press story read. "America's troop mobilization in World War I spread the disease across the country and eventually into Europe once deployed. Stateside military encampments, with their crowded and often unsanitary quarters, became hotbeds of disease."

Other research has tied the origin of the global outbreak to the East Coast — New York, specifically. But scientists overall remain indecisive. "The origin of this pandemic has always been disputed and may never be resolved," Dr. Edwin D. Kilbourne, a flu vaccine expert, said in a 2006 study.

By the end of 1920, the virus had spread across the globe, even infecting people on remote islands of the Pacific Ocean and rural Alaska. And, still, a century later, scientists not only question the outbreak's origin but also what properties of the influenza strain made it so deadly.

Does This Mean the COVID-19 Pandemic Will Go Down in History as the ‘Chinese Virus’ Outbreak?

Attempting to avoid naming mistakes of the past, the World Health Organization (WHO) in 2015 issued new guidelines for labeling diseases and called on scientists, journalists, and elected officials to follow the rules "to minimize unnecessary negative effects on nations, economies and people," a WHO statement said.

Instead of using diseases' presumed sites of origin, the public should refer to infections based on the virus' genetic makeup or symptoms, among other scientific characteristics, the WHO said. "[Disease] names really do matter to the people who are directly affected," said Dr Keiji Fukuda, WHO’s former assistant director-general for Health Security. "We’ve seen certain disease names provoke a backlash against members of particular religious or ethnic communities, create unjustified barriers to travel, commerce and trade, and trigger needless slaughtering of food animals."

U.S. President Donald Trump has ignored the WHO ruling. Since the 2019 emergence of SARS-CoV-2 — the novel coronavirus that causes the disease COVID-19 — in Wuhan, China, the president has repeatedly used the terms “Chinese virus” in televised briefings and tweets. He has said he is just stating the facts.

Echoing the protests against the "Spanish flu" moniker in the early-20th century, critics of the president feel he is unfairly stigmatizing Chinese people with his phrasing. "However much mystery still surrounds the coronavirus, these are not the Dark Ages, and there really should be no reason to remind people that this terrible new virus makes no distinction among races or nations," The New York Times’ Editorial Board wrote on March 23. "[It] is foolish and malicious to hold the Chinese (or any other) people responsible for the spread of the virus, or to assume that they are somehow more likely to be its carriers."

The Associated Press has ruled similarly. "The name Spanish flu is entrenched both in the popular mind and among epidemiologists and has been in use for more than a century, including by the AP," the wire service said in a March 2020 statement. "In our view, any stigma that would attach to Spain or to the Spanish people has long ceased to be relevant ... By this logic, should we start using Chinese virus? In matters of disease names we have followed the guidance of the health authorities, who settled on COVID-19 more than six weeks ago."