WATCH: Eiffel Tower Lights Up in the Colors of the Ukrainian Flag

Cities around the world have lit famous monuments in blue and gold. Here’s a roundup of photographs. 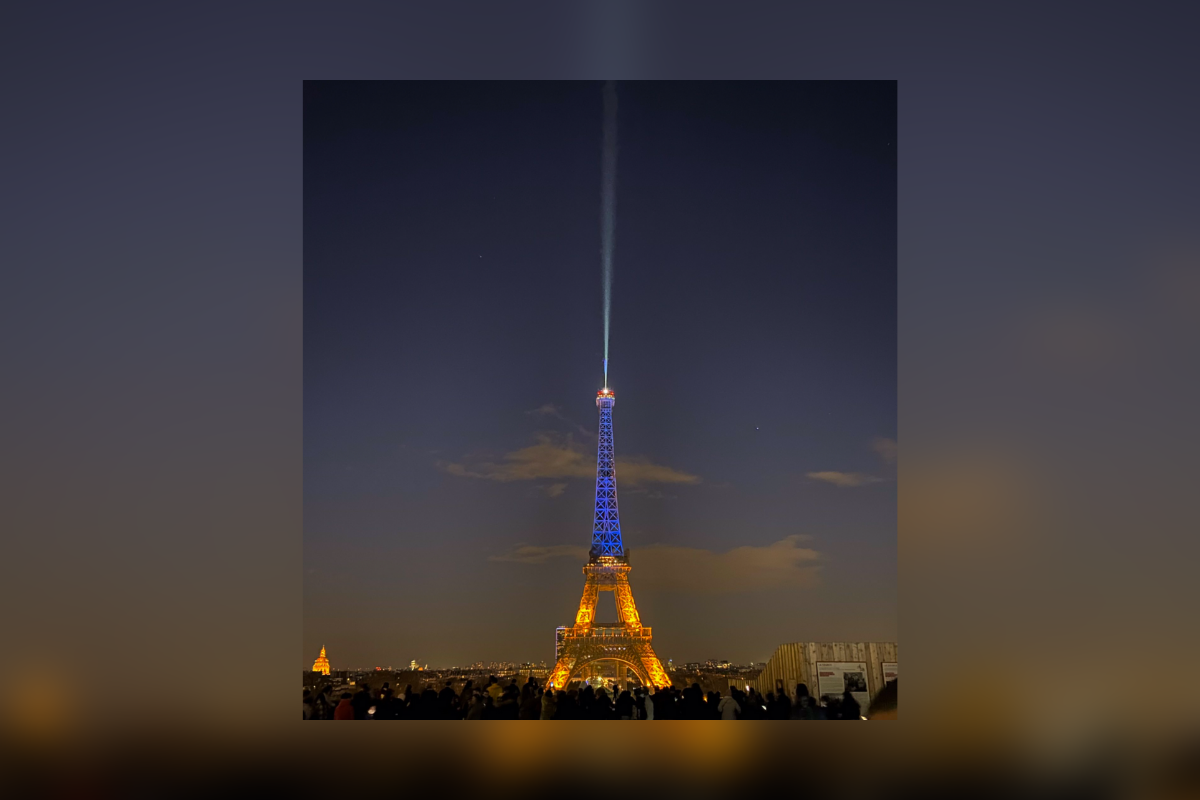 Following the invasion of Ukraine by Russia on Feb. 24, 2022, people around the world expressed support for the Eastern European nation in ways appropriate for 2022. Turkish football fans engaged in an anti-Kremlin chant while the Taliban called for a “peaceful” resolution between the two parties.

In true French fashion, Parisians illuminated the Eiffel Tower, a symbol of the European city, with the blue and gold of the Ukrainian flag.

A video of the lighting was posted to Reddit on Feb. 25, 2022, where as of this writing it had been upvoted more than 1,300 times. Meanwhile, a 16-minute video shared by the British publication The Independent was recorded live, showing Paris’ Eiffel Tower lighting up in as a means to express the nation’s support of Ukraine.

In a Twitter post, the British newspaper The Telegraph reported that the light display was made at the request of Paris Mayor Anne Hidalgo. French President Emmanuel Macron also expressed his support of Ukraine, announcing that the nation will respond without weakness to Russia’s “act of war” on its neighboring nation.

“Did the Taliban Call for a ‘Peaceful’ Resolution in Ukraine?” Snopes.Com, https://www.snopes.com/fact-check/taliban-peace-ukraine/. Accessed 25 Feb. 2022.