This miscaptioned video was circulated by those attempting to downplay Russia's attack on Ukraine. 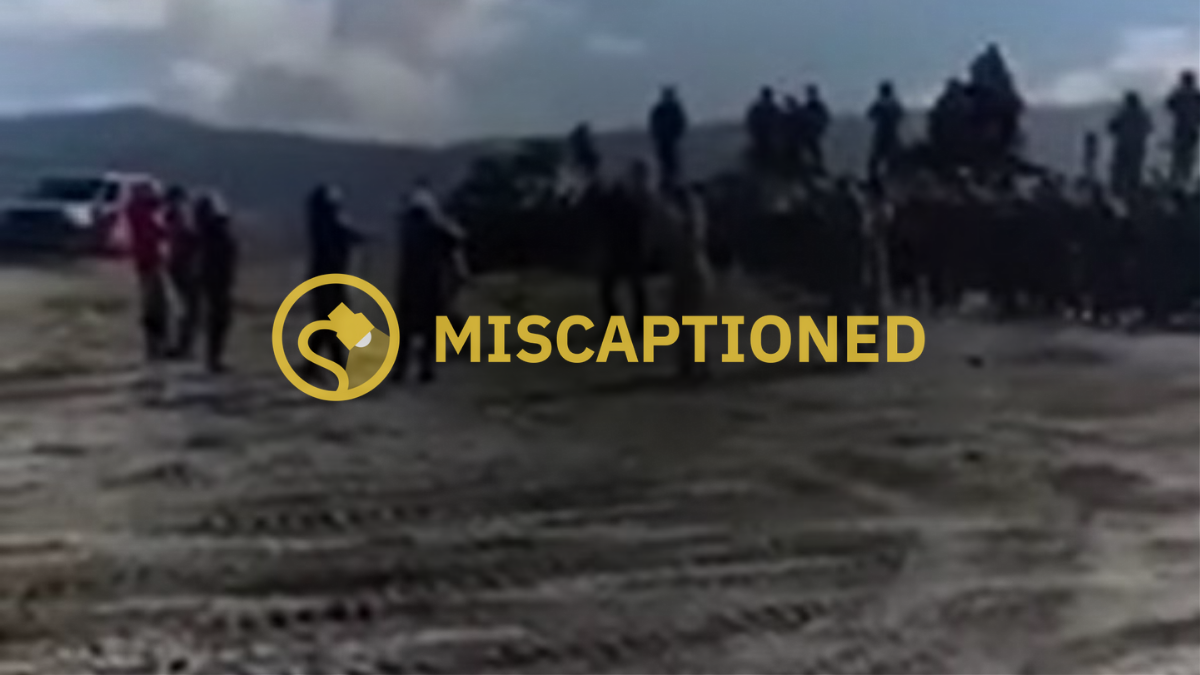 Claim:
A video shows Russian and Ukrainian soldiers dancing together after Russia's invasion of Ukraine in February 2022.
Rating:

On Feb. 25, we encountered another video that attempted to support the notion that Russia had a secret purpose to attack Ukraine. The video, which was circulated on Telegram and showed a group of people dancing, was shared with the following caption: "Russian & Ukraine Soldiers Are Dancing Together.  This is not one army attacking another army. This is Russian forces taking out Deepstate / cabal."

There's no evidence that any of the soldiers pictured here are part of the Ukrainian army. More importantly, this video predates Russia's invasion of Ukraine.

Russia launched its military invasion of Ukraine on Feb. 24, local time. The above-displayed video, however, had been online since at least Feb. 18. While this video was shared after the attack began as supposed evidence that it wasn't as serious as it appeared, that simply wasn't the case. In reality, the video was filmed prior to the invasion.

Lead Stories was able to track the clip back to an Instagram post from chp.crimea, a Crimean News channel.

It was taken at the end of a staged mock battle that involved Russian and Belarussian troops near the Ukrainian border. The New York Times reported:

The military maneuvers, planned long in advance, came on the penultimate day of a 10-day joint exercise involving the biggest deployment of Russian troops on the territory of Belarus, a neighbor and close ally, since the end of the Cold War.

A few days after this mock battle training exercise ended, Belarus aided Russia in its invasion of Ukraine.

The video does not show Ukrainian and Russian soldiers dancing together in the days after Russia's invasion of Ukraine began. It is not evidence that the military conflict was made up or less serious than it appeared, and it is not evidence that Russia's attack was aimed at a "deep state." The clip shows Russian and Belarussian forces dancing together in the days before they launched an unprovoked attack on Ukraine.