Where Congress Stands on the Jan. 6 Capitol Attack — and Its Consequences

Together, Snopes and OnTheIssues analyzed three key votes in order to find out where every senator and representative really stands on the insurrection. 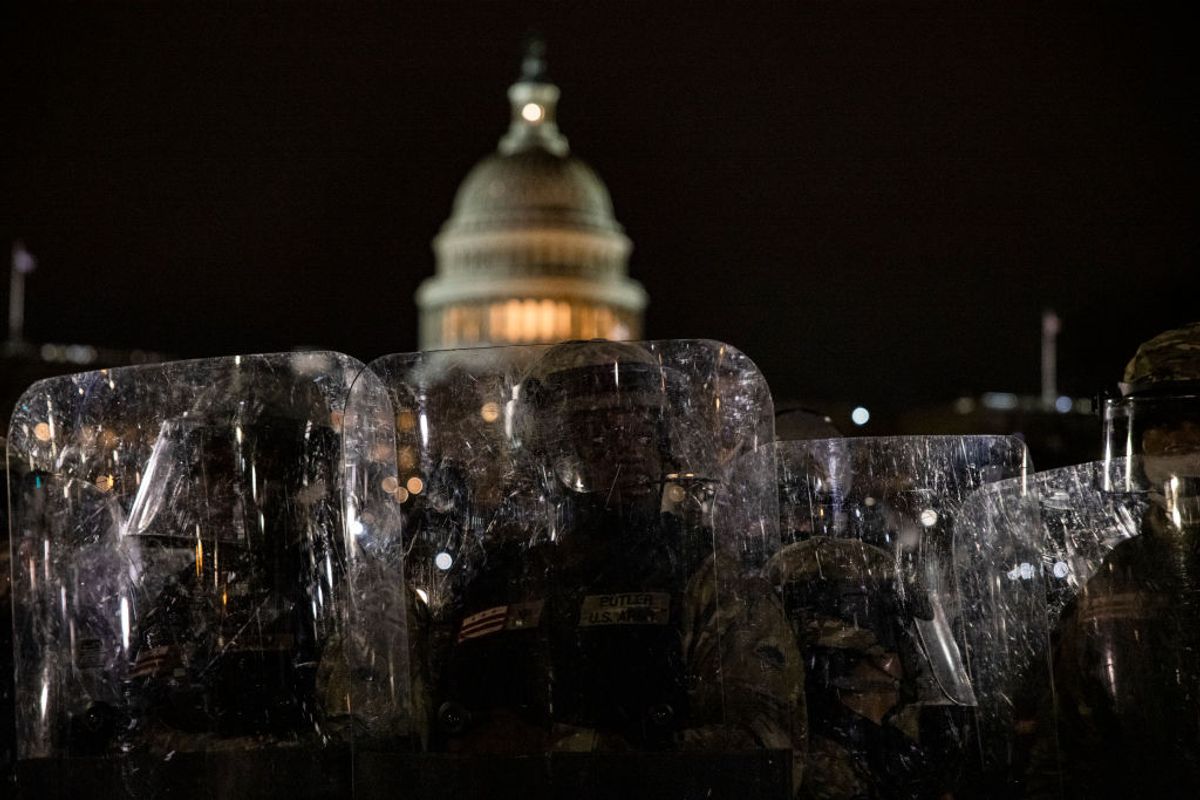 The events of Jan. 6, 2021 prompted soul-searching, anxiety, and self-reflection among many millions of civic-minded Americans, of every ideological hue, over the 12 months that followed. But for those who work in the halls of the U.S. Capitol — the members of the 117th Congress themselves — the attack has triggered more concrete efforts: to assess the damage; find causes; and attribute blame. So how is that going?

The following analysis is the result of a new collaboration between Snopes.com and OnTheIssues.org, a 25-year-old site Snopes acquired that indexes politicians' votes on various issues across the U.S.

Our overarching mission: To answer, for each U.S. senator and U.S. representative, the question, "Where do you really stand on the events of Jan. 6, and their consequences?" In the finest traditions of parliamentary analysis, we've assessed and codified their actions (rather than just their words) in three major sets of votes:

How We Graded the Jan. 6-Related Votes

The results of our analysis can be viewed in full detail here, but the following is a rough outline of how we graded members of the House and Senate.

The first set of votes came on Jan. 6, 2021, itself. In the House, Arizona Rep. Paul Gosar formally objected to the certification of that state's electoral college votes, all 11 of which went to Biden. Voting on Gosar's proposal — Roll Call #10 — broke down in the following way:

In the Senate, Ted Cruz of Texas proposed the same objection as Gosar to the certification of Biden's victory in Arizona. The resulting vote — Roll Call #1 — broke down like this:

The second set of votes began just one week later, on Jan. 13, 2021. Rep. David Cicilline and 217 Democratic co-sponsors proposed House Resolution 24, impeaching Trump for "incitement to insurrection." The results were as follows:

In the Senate, on Feb. 13, the voting broke down as follows:

Finally, a set of votes occurred to establish an inquiry into the events of Jan. 6. On May 28, senators fell short of the two-thirds majority required to establish a bipartisan national commission of investigation, as per H.R. 3233 with the vote breaking down as follows:

With the national commission proposal stopped in its tracks, the House formed a select committee along more partisan lines, with the following vote taking place on June 30: Our analysis of those votes reveals a fascinating spectrum of support for, and opposition to: certifying President Joe Biden's electoral victory; and holding to account those involved in the unprecedented attack on the U.S. Capitol, including Trump.

On one end, with an overall score of -6, were hardcore Republican opponents of Biden's election, like Sens. Cruz of Texas and Josh Hawley of Missouri — who voted against the electoral college certification and against the establishment of a Jan. 6 commission, as well as voting to acquit Trump in his impeachment trial.

On the other end, with an overall score of +6, were anti-attack stalwarts like Mississippi Congressman Bennie Thompson, who would go on to preside over the House select committee investigating the events of that day, and California Congressman Adam Schiff, who wrote a book about them.

Dig deeper, and we find two further noteworthy trends. First, the near-absolute unanimity among Democrats stands out, with no fewer than 254 of them — the overwhelming majority of their cohort — scoring the maximum anti-attack grade of +6 by voting in total opposition to the events of Jan. 6, on all three occasions. Democrats who fell short of that "perfect" score typically did so only because they left office or were sworn in after Jan. 6, or did not sponsor the impeachment resolution.

For example, Sen. Kyrsten Sinema, the moderate Democrat from Arizona, scored +4 after missing the May 28 vote on the national commission of investigation due to what her spokesperson described to Snopes as a "personal commitment." However, the following week she entered into the Congressional Record that she would have voted in favor of the commission, had she been present — a vote that would have yielded yet another Democratic maximum score of +6.

The second notable feature of these votes: a small but robust coterie of Republican rebels, who defied Trump and the mainstream of their party, and voted repeatedly in support of certifying Biden's election, as well as holding Jan. 6 wrongdoers to account.

In all, five Republican senators joined their Democratic counterparts with the maximum score of +6: Bill Cassidy; Susan Collins; Lisa Murkowski; Mitt Romney; and Ben Sasse. Furthermore, Reps. Adam Kinzinger and Liz Cheney scored +5 only because they failed to sponsor the resolution to impeach Trump, though they voted in favor of it. For their stances, they've faced censure from their party and ridicule from Trump himself.

Pat Toomey, the GOP senator from Pennsylvania who had already announced he would not run again in 2022, voted to impeach Trump in February, but garnered an overall score of +4 after failing to vote on the establishment of the commission of investigation. However, at the time, his spokesperson explained he would have cast his vote in favor of the inquiry. If that vote had been registered, Toomey would have been the sixth Republican with a score of +6.