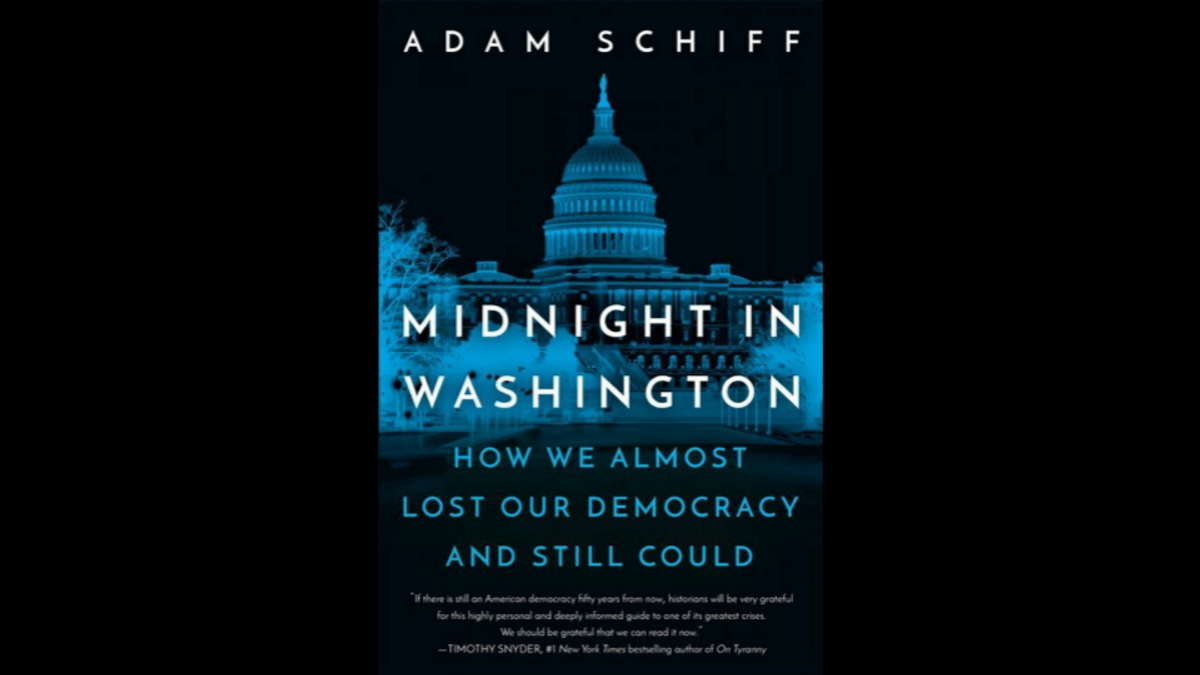 California Congressman Adam Schiff became one of former president Donald Trump's severest critics as a House manager during the first Trump impeachment trial. He earned a Trump nickname — "Shifty Schiff" — and received death threats. When the Capitol was breached during the Jan. 6 Capitol riot, one house colleague said to Schiff, "You said this would happen." [p.12]

In "Midnight in Washington," Schiff expresses his concern with Trump's multi-pronged attempt to steal an election he lost, the complicity of most of his Republican colleagues, and how Republican state legislators have enacted laws to make it easier to steal next time. It is a harrowing first-person account from someone who was in the midst of it, and a warning tinged with some hope that America can do better.