'15 Mega Mansions' Ad Fails to Reveal Info About Its Photo

The answer: It shows the abandoned "Manor AG Eliseev" in Belogorka, Russia. 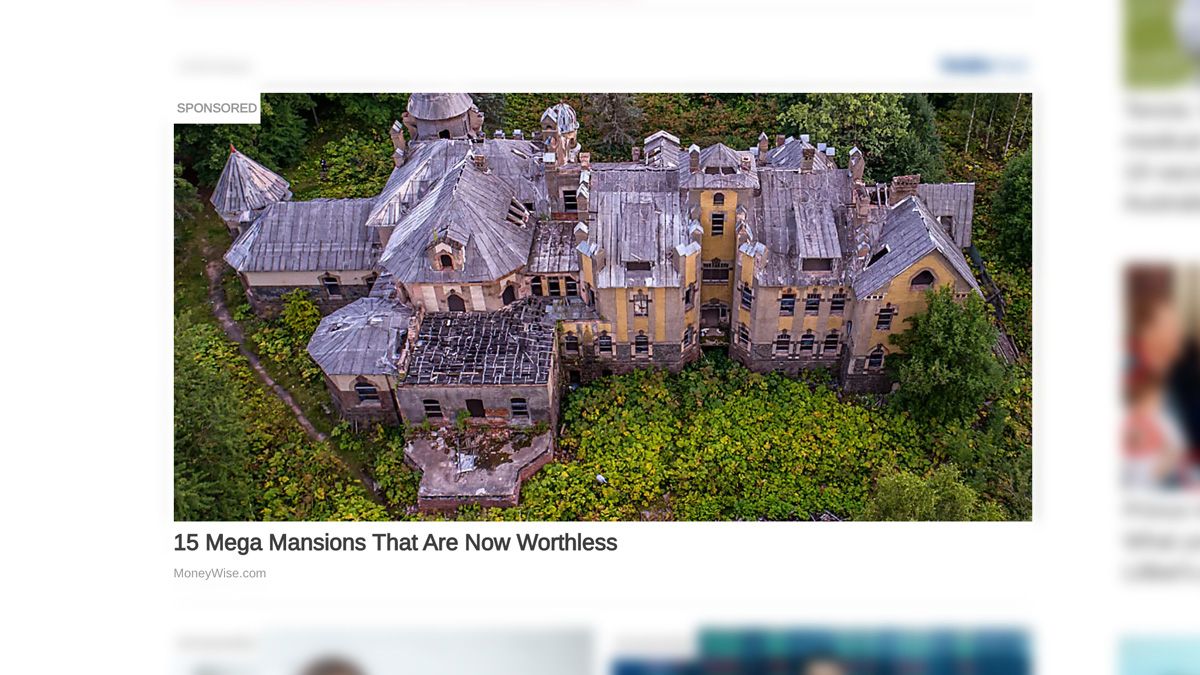 An online advertisement promised to show 15 mega mansions that are now worthless but never revealed information about the picture in the ad. (Image Via newshub.co.nz)

In early 2022, an online advertisement with an interesting picture of an abandoned mansion read: "15 Mega Mansions That Are Now Worthless."

However, the 26-page article on MoneyWise.com that resulted from the "15 mega mansions" ad never ended up revealing information about the old building. The ad was clickbait.

In reality, the ad showed what's referred to on Google Maps as a palace named Manor AG Eliseev. The estate was more than a century old and was owned by a merchant in Belogorka, Russia. We included the answer in the subheading of this story so that it could be viewed by social media users before clicking.

We didn't uncover any old newspaper articles about the manor. However, we did find unconfirmed reporting on gallerix.org, keeptravel.com, chistenkoeschool.ru, and in a post on the Russian social media website VK.com. The names Gregory Eliseev, Grigory Grigorievich, and Vera Fyodorovna showed up in our research. It's unclear if the old manor is, indeed, "worthless," as the ad mentioned.

We also located the same picture from the ad on stock photography websites:

In sum, the abandoned Eliseev manor in Belogorka was used as clickbait in the "15 mega mansions" ad and never appeared in the resulting article. We previously reported about another abandoned building that was also mischaracterized in an online ad. It involved the old Bennett College, also known as Bennett School for Girls, located in Millbrook, New York.