Did the Abandoned Bennett College Become a 'Mega-Mansion'?

The abandoned structure originally opened as a luxury hotel in 1893. 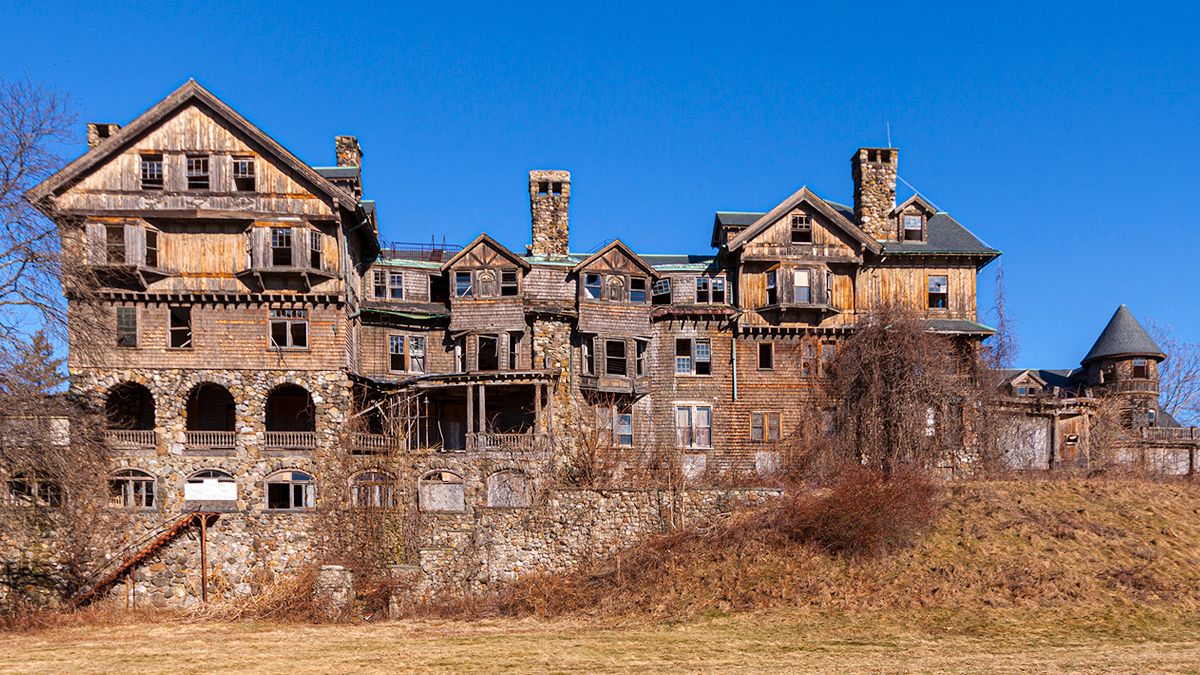 Claim:
The abandoned Bennett School for Girls was also once a "mega-mansion for the rich and famous."
Rating:

The abandoned Bennett College has fascinated urban explorers for years. Photographs captured on the old property, also known as Bennett School for Girls, showed the impressive but deteriorating architecture from the 19th century. It's located in Millbrook, New York. The drive north from New York City is estimated at over two hours.

The property closed in 1978. (Courtesy: stevenbley/Flickr)

Since at least April 2021, an online advertisement displayed a picture of the abandoned Bennett College. It claimed: "Former Mega-Mansions of The Rich and Famous Now Worthless."

Who would have thought architecture from 1893 could be advertising clickbait in 2021?

However, this was misleading. The photograph of the old school was used as clickbait. It was never a private mansion "of the rich and famous."

This wasn't the first time we've seen an online advertisement use something viewed as beautiful from the past to lure readers in the 21st century. We previously reported that advertisers had done the same with early 20th-century actress and model Evelyn Nesbit.

The History of Bennett School for Girls

Bennett College closed in 1978 and has been abandoned ever since. While it's true that the school as an institution opened in 1890, it wasn't until 1907 that it moved to Millbrook. The property was originally known as Halcyon Hall, a 200-room luxury hotel that opened on Sept. 16, 1893. It was designed by New York City architect James Ware.

Because a railroad line was introduced into the Millbrook community in 1870, the hotel was built with the hope of attracting visitors traveling from the city.

"When guests arrived by rail they were picked up by carriage, but during their stay the hotel was close enough to the village to allow them to walk to it," Millbrook historian David Greenwood said.

The hotel never lived up to its expectations and floundered until May Bennett, who founded the Bennett School for Girls in Irvington in 1890, purchased the 22-acre Millbrook site and relocated the school there in 1907.

"It was an ideal location for what eventually became the Bennett College campus," Greenwood said. "In addition to the hotel rooms for dormitory space, Halcyon Hall had the dining room and other large areas that lent itself to what was needed as a girls school.

Bennett also purchased a number of surrounding buildings, which were converted into faculty housing and a library.

The newspaper published that it eventually closed in 1978 after coeducation became more normalized. The buildings have been deteriorating for decades. (Courtesy: stevenbley/Flickr)

Another reason it met its end was that its leadership tried and failed to convert the institution to a four-year college. This purportedly caused "additional financial distress."

More photographs of the history of the abandoned Bennett College were published by The Poughkeepsie Journal.

The Bennett College Property as of 2020

In late 2020, a YouTube user flew a drone over the old buildings and recorded sweeping shots in stunning 4K quality.

Another YouTuber by the name of TheUnknownCameraman visited the property in 2013 and recorded video inside the buildings.

In sum, an online advertisement tried to use an unrelated photograph of the abandoned Bennett College to draw in readers for a lengthy slideshow article.