The removals followed a Snopes investigation. The channels had a combined total of millions of subscribers. 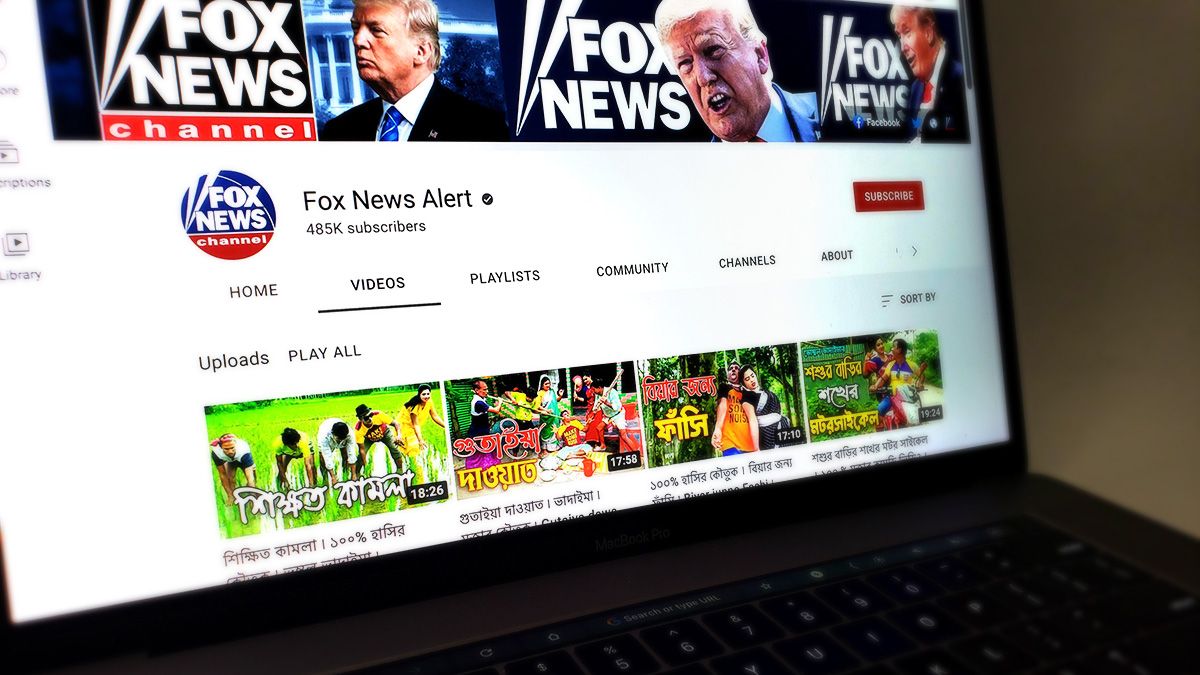 But these channels were not managed by or affiliated with the Fox News Channel. They had a combined total of millions of subscribers, and several of them even had YouTube verification badges. They likely received that special status in the past based on previous non-political content. Based on our own recent reporting of a similar network on Facebook, all of the YouTube channels appeared to be managed from outside of the U.S.

The YouTube channels in question posted lengthy videos from real shows that were broadcast on Fox News. However, the thumbnails for the videos were altered to push disinformation that falsely claimed U.S. President Joe Biden was either dying or going to jail, and that former U.S. President Donald Trump was coming back to the White House this year. This was similar to a debunked QAnon conspiracy theory that recently led to federal authorities worrying of potential violence from Trump supporters when such disinformation inevitably failed to come true.

Despite the verification badge and Fox News logos, this was not an official Fox News YouTube channel.

We found several different YouTube channels named "Fox News" or "Fox News Alert" that may have been managed by the same people. They were removed between Oct. 1-3, after we contacted a YouTube spokesperson for comment about our findings. A message was added to all of the accounts that were removed, saying: "This account has been terminated due to multiple or severe violations of YouTube's policy against spam, deceptive practices, and misleading content or other Terms of Service violations."

A study of the Fox News clips that were posted to the channels showed that the videos likely received a combined total of at least tens of millions of views. This does not include views for other non-political videos on the same accounts.

While the channels above were removed, at least one remained. As of Oct. 4, the one channel that prompted our investigation was still available with its more than 883,000 subscribers. We were initially tipped off by a TikTok video. In that video, a TikTok user showed that he was recommended a video in his YouTube "Home" feed that came from a suspicious yet verified YouTube channel, "Fox News Alert."

The YouTube channel shown in the TikTok video has since changed its name to "FoBIRD," and no political content was publicly visible. It appeared that someone managing the account may have changed the visibility status of the political videos to be unlisted or private, as there was a clear discrepancy of tens of millions of views between the total view count on the channel's "About" page versus the total view count after we added up the numbers for all of the publicly visible videos.

A Sept. 17 archive from the Wayback Machine confirmed that the "FoBIRD" channel did indeed previously post political disinformation, as shown in the TikTok video. This credible snapshot on the Internet Archive preserved what the YouTube account looked like on that day, providing evidence of the conduct in which the channel had been engaged.

As of Oct. 1, a YouTube spokesperson told us it was investigating the channels. We will update this story if we receive further information on the removal of these channels.