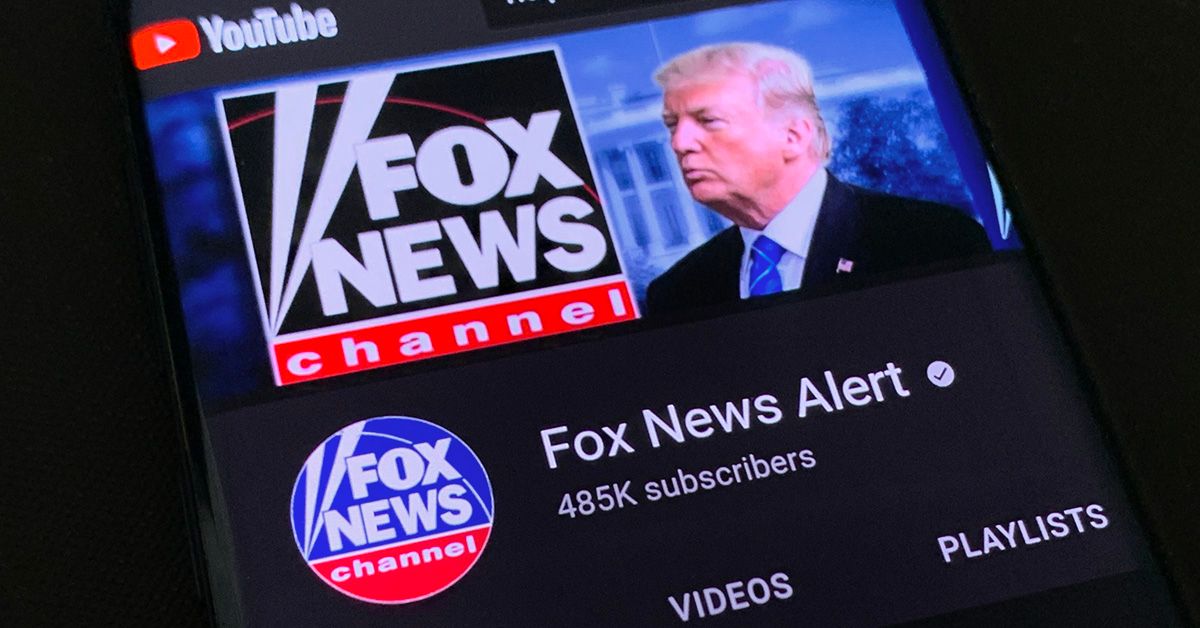 On Sept. 15, a TikTok user posted a video about something strange that he noticed while looking at his phone. An altered Fox News video thumbnail with disinformation about U.S. President Joe Biden appeared in his YouTube "Home" feed. Videos on the channel showed thumbnails that falsely claimed Biden was either dying or going to jail, and that former U.S. President Donald Trump was coming back. The message was similar to a debunked QAnon conspiracy theory that recently led to federal authorities worrying of potential violence from Trump supporters when such disinformation inevitably failed to come true.

The YouTube channel mentioned in the TikTok video was named "Fox News Alert." It had a verification badge and close to 800,000 subscribers. A verification page is supposed to be somewhat of a trust signal so that users know the content is dependable. However, this was not an official Fox News YouTube account. A Fox News spokesperson confirmed this to us as well. The channel also did not appear to be managed from inside the U.S.

The thumbnails on these YouTube videos were the same design as seen in our previous investigation about a foreign disinformation network we uncovered on Facebook. In the story, we documented how several Facebook pages, groups, and accounts had spread altered videos from Fox News, One American News Network (OAN), and Newsmax. The same false claim about Biden going away and Trump coming back was pushed in the Facebook video thumbnails. In total, the clips on Facebook were viewed at least tens of millions of times. We published the story more than a month ago. Even so, the disinformation network is still active and thriving, despite the fact that Facebook has tens of thousands of employees and content review workers on the clock worldwide.

The verified "Fox News Alert" YouTube channel seen in the TikTok video showed the YouTube username "OrigamiTiengViet." "TiengViet" referred to the Vietnamese language. It also offered memberships on YouTube, which included the ability to use emojis of Pepe the Frog, a character that The Guardian reported as "referring to the cartoon adopted by white supremacists as a mascot." The channel's owner added the emojis of Pepe the Frog, as this is a YouTube option that can be customized.

On Oct. 1, the YouTube channel was still available and appeared to have 883,000 subscribers, a higher number than it did when the TikTok video was recorded in September. However, its YouTube verification badge has since disappeared. It has also changed its channel name and likely updated the visibility of the political videos to unlisted or private.

A second channel also named "Fox News Alert" was also not an official product of Fox News Channel. It was verified and had 485,000 subscribers. Google Translate identified the language of some of its older videos as Bengali. The channel used to go under the name Pocket Cinema24. We found no publicly visible political videos on this channel. As with the first channel, the visibility of such videos were likely changed to unlisted or private.

Despite the fact that the political videos were no longer publicly available, we found a way to quantify the number of views they likely racked up. On the "About" page for the first channel with the username "OrigamiTiengViet," YouTube showed close to 95 million video views for its total count. We counted the number of views on every publicly available video. Our total came to 72 million views, leaving 23 million views unaccounted for. This meant that it was possible that the political disinformation videos on this one unofficial "Fox News Alert" channel were viewed 23 million times.

The second channel had nearly 100 million total video views. Some 98 million of those views appeared to be for non-political content, leaving around 2 million views unaccounted for. Both channels appeared to have been verified based on previous non-political content. It's possible that the accounts were purchased after building a large subscriber count. However, there was no proof of this.

A search for more channels named "Fox News Alert" ended with a surprising number of results. A third YouTube channel with a Vietnamese name just started posting the same Fox News videos and altered thumbnails a week ago. In that short span of time, by our count, its disinformation political videos had already been viewed more than 360,000 times.

Despite the verification badge and Fox News logos, this is not an official Fox News YouTube channel.

It's possible that this data on the disinformation network might only be the tip of the iceberg. The channels we uncovered totaled at least millions of subscribers and what appeared to be tens of millions of video views.

We reached out to YouTube with several questions. In our email, we asked why the "OrigamiTiengViet" channel is still available if it recently lost its verification badge. We also inquired about when the accounts were verified and requested a statement on the company's disinformation policies. The company responded by our deadline and indicated that they were investigating the matter and may send over answers shortly. We will update this story when we hear back.

“Qurious About QAnon? Get the Facts About This Dangerous Conspiracy Theory.” Snopes.Com, https://www.snopes.com/news/2020/08/21/qanon-2020-election/.

On Oct. 4, this story was updated to reflect the fact that YouTube removed the majority of the unofficial "Fox News" channels following our reporting.