The stand-up comic announced that surgery "went well" and that she was resting. 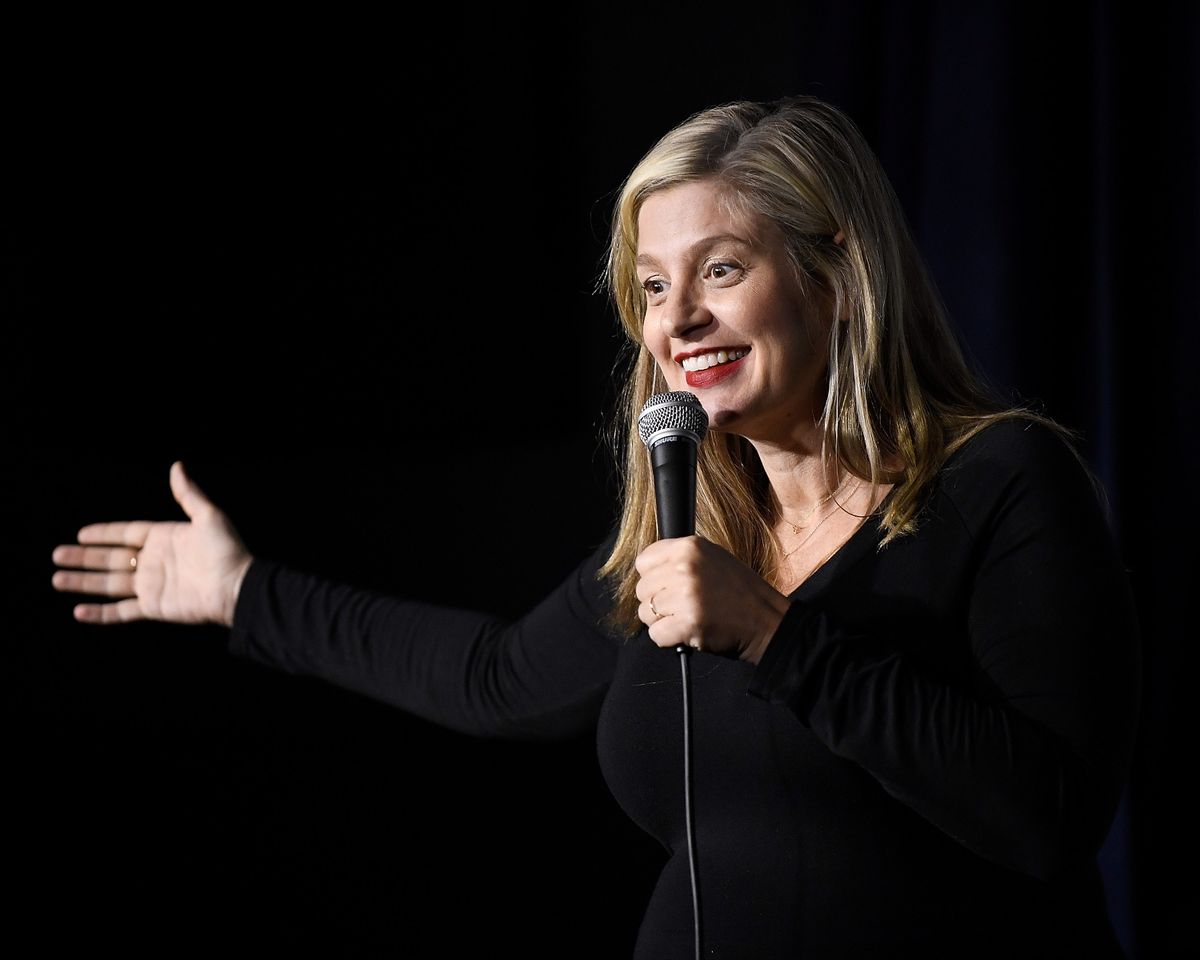 Stand-up comedian Christina Pazsitzky is resting after undergoing surgery following an injury. Known by her stage name, Christina P., she is married to Tom Segura, who is also a comic.

Christina P. posted an update on her injury as well as a picture from the hospital.

She announced that she fractured her fibula in two places and dislocated her ankle.

Shows are canceled this week in SLC and for about the next 6 weeks.

It sounds crazy, but in this household we fall hard. I fractured my fibula in two places and dislocated my ankle.

No, it’s not on video but yes I was trying to dunk. More to come. Surgery went well, resting up...

Her references to "it's not on video" and "trying to dunk" referred to a gruesome injury sustained by Segura on a basketball court in 2020. It was captured on video.

Segura joked in a response to her Instagram post: "Do NOT tell the cops! We had a deal."

On June 9, Christina P. shared a number of comedic memes about her injury to her Instagram Stories. One of them showed the words: "Who broke it better?"

Another one she shared to her Instagram Stories showed Segura's injury moment added into her hospital picture:

She shared several others as well.

Jokes and well wishes also came in from a number of comedians, such as Josh Adam Meyers: "I’m so sorry but at least you get fentanyl."

Andrew Collin replied to the post with another joke: "Brutal. Can’t believe Tom did this to you!!!"

Christina P. was originally scheduled to perform multiple dates at the Wiseguys Comedy Club in Salt Lake City, Utah, Laugh Out Loud in San Antonio, Texas, and other clubs.

In addition to touring for stand-up, Christina P. and Segura also co-host the Your Mom's House Podcast at YMH Studios.

For further updates on Christina P.'s injury and tour cancellations, readers can refer to her official website, Twitter, and Instagram. As of June 8, the website still showed upcoming dates. However, this is expected to change.

This story was updated with additional comments and well wishes from other comedians, as well as memes that Christina P. shared to her Instagram Stories.