The stand-up comedian expressed frustration after some fans told him, "You're not coming everywhere." 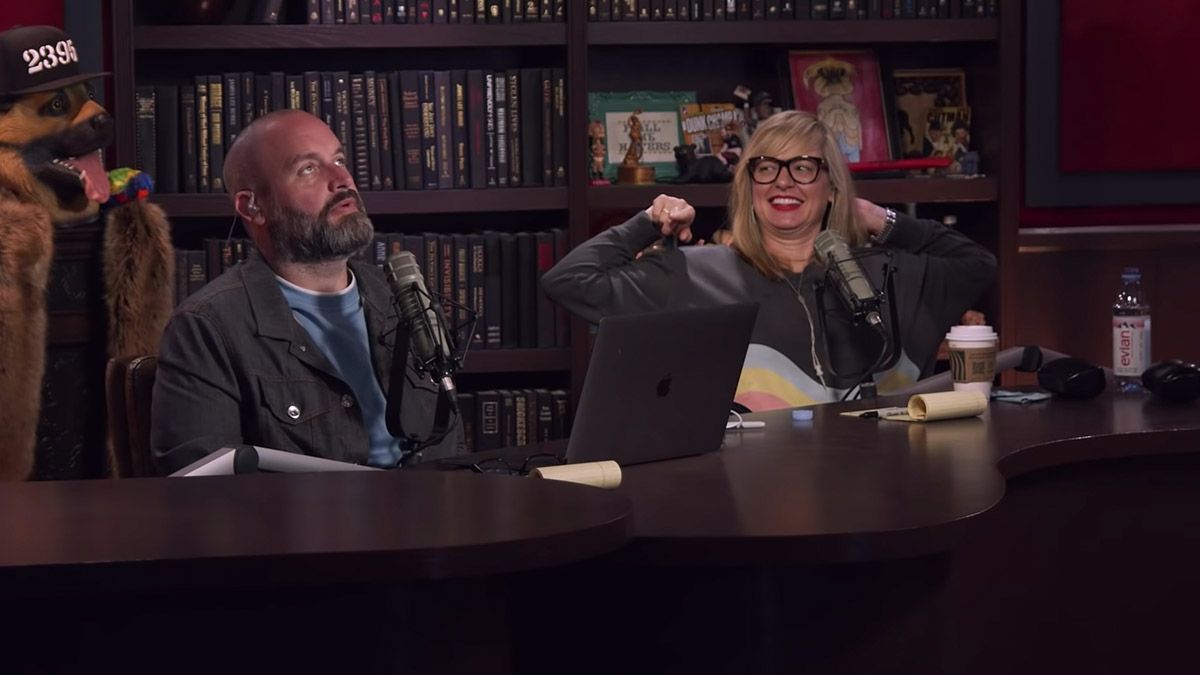 Image Via Your Mom's House Podcast

Claim:
Comedian Tom Segura had announced all cities for his "I'm Coming Everywhere" world tour as of May 2021.
Rating:

On May 17, 2021, stand-up comedian and podcast host Tom Segura announced his "I'm Coming Everywhere" world tour. It was his first big release of show dates since the beginning of the COVID-19 pandemic.

Segura, also known as the "Water Champ" and "Tour Bus Champ," has appeared in several popular stand-up specials on Netflix. He also co-hosts podcasts for Your Mom's House Studios. For example, he co-hosts "2 Bears, 1 Cave" with stand-up comedian Bert Kreischer.

In emails, social media posts, and videos, Segura specifically mentioned that more dates were coming in the future. He even capitalized "FIRST LEG."

After the announcement, Segura said he received an unknown number of messages from fans (or possibly trolls) that said, "You're not coming everywhere." They mentioned cities not included in the first leg of the tour.

It was unclear whether this was a case of people not reading or watching the tour announcements or an inability to Google information.

Segura discussed the messages he received with his wife and co-host, Christina Pazsitzky, on episode 606 of the "Your Mom's House Podcast." Pazsitzky, who goes by Christina P., is also a stand-up comedian:

Christina P.: I really love the name of your new tour.

Tom: I just had a really fun experience. I knew this was going to happen. I put it in the email that went out and the post. It's called "I'm Coming Everywhere," and you announce the tour in legs of the tour. So I was like "here's the first one." And everyone's like "you're not coming everywhere. What about Chicago?" And I'm like, yeah, that's on the next... you don't announce a tour and go "here's 24 months of dates."

"I want to reach out to each person who said that and tell them how stupid they are," Segura said on the podcast.

During the podcast's musical introduction, Christina P. noticed Segura's frustrated facial expressions. She asked him about it once the show started:

Christina P.: I really hope you guys were switching on his face during the song, because you guys got to witness full Tom inner dialogue. Did you see it?

Tom: Yeah, you know what it was about?

Tom: I was so mad at those people still.

Christina: It's aggravating, because you think, like, you have common sense, right? You know this won't be all the tour dates.

Both comedians recommended going through their official websites to avoid paying much higher rates from scalpers on other pages.

The second leg of Segura's tour will likely be announced in July or August. In the meantime, fans can sign up for his newsletter by going here and finding the form at the bottom of the page.