Snopes cannot predict the future, but we can recognize false claims we have debunked in the past. 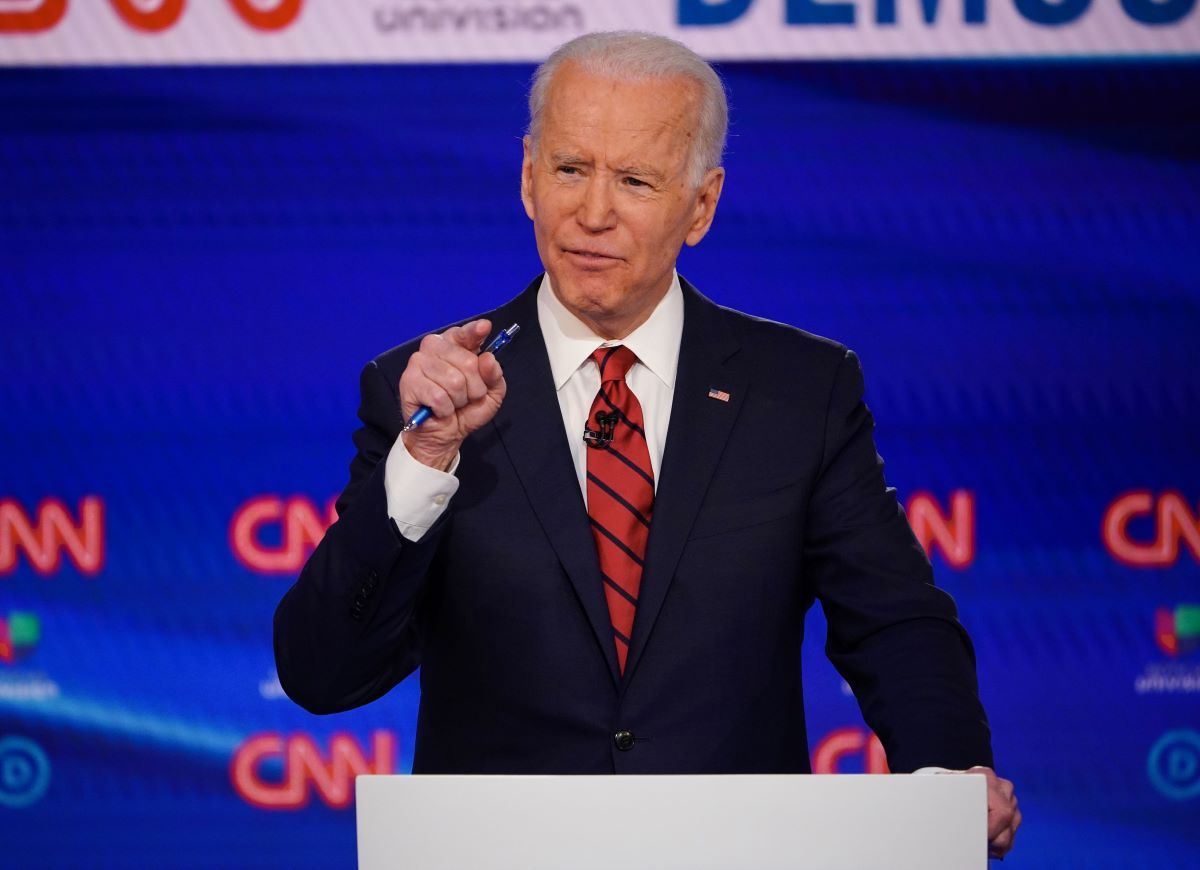 In September 2020, in the days before the first presidential debate between U.S. President Donald Trump and Democratic candidate Joe Biden, rumors circulated online that Biden and his team were undertaking nefarious actions in order to gain an advantage over the incumbent. These rumors in general claimed that the former vice president would be wearing a secret earpiece to receive answers from his team, or that he would have a hidden teleprompter in order to read lines during the debate.

One website went so far as to claim that Biden had a "medical device implanted in his skull."

No evidence exists to support these claims. And if these attacks sound familiar, it's because they are nearly identical to false rumors that were spread to smear former Secretary of State Hillary Clinton during the 2016 presidential campaign.

On Sept. 7, 2016, Clinton sat down with NBC reporter Matt Lauer to answer questions during the network's "Commander-In-Chief Forum." Shortly afterward, a "high-res" image was circulated online along with the claim that it showed a "secret earpiece" in Clinton's ear and that the candidate was being fed her answers from someone offstage. This "high-res" image was actually a severely cropped image from an AFP reporter and the "secret earpiece" was actually just an odd reflection near Clinton's ear. This "object" didn't appear in any of the other photographs or videos from the event that we examined, and the claim that Clinton was being given the answers was based on nothing but speculation.

The "secret earpiece" claim above was just a prelude to the onslaught of disinformation that would get churned out after the first 2016 presidential debate. One such rumor was centered on an odd wrinkle on Clinton's suit. While propagandists claimed that this was evidence that Clinton was again using a secret earpiece, the wrinkle was actually caused by the wire from the lapel microphone that both Clinton and Trump were wearing during the debate.

In addition to falsely claiming that Clinton was being fed answers via a secret earpiece, online trolls also claimed that Clinton had a teleprompter embedded in her debate podium. Photographs and video from the event clearly showed that this was not the case.

It should be noted that the 2016 smear campaign against Clinton wasn't entirely novel. In fact, similar accusations were also levied against presidential candidates Al Gore in 2000, George W. Bush in 2004, and Barack Obama in 2008. In Bush's case, the rumor was based on an image supposedly showing a "mysterious bulge" on the back of his suit. Bush said at the time that the "bulge" was the result of a poorly tailored suit and scoffed at the idea that he was being fed information during the debate:

I don't know what that is. I mean, it is — I'm embarrassed to say it's a poorly tailored shirt.

I guess the assumption was that if I were straying off course they would ... kind of like a hunting dog, they would punch a buzzer and I would jerk back into place ... That's just absurd.

These false smears were designed to give voters the impression that the opposing party's politician was attempting to steal the election through nefarious means. This tactic has been used for years, and it doesn't seem like the 2020 presidential debates are going to be any different.

As the first presidential debate of the 2020 campaign approached in September 2020, we examined a number of similar rumors circulating about Biden. For example: An out-of-context video clip of Biden taking a question from a potential voter was shared on social media as if the candidate was reading from a teleprompter during a live interview; dubious websites started spreading the idea that Biden was planning on using a secret earpiece so that he could receive answers from someone offstage; and the conspiratorial website Infowars started pushing the unfounded notion that Biden was given the questions in advance. The aforementioned rumors are either outright false or are unsupported by evidence.

On the morning of the first debate, Fox News reported that Biden was refusing a request from the Trump campaign for a third party to examine the ear canals of both candidates before they took the stage. The Biden campaign has denied this report, calling it "completely absurd." Deputy Campaign Manager Kate Bedingfield added that Biden "is not wearing an earpiece" for the debate, and that the campaign "never asked for breaks."

While we have not yet mastered the ability to predict the future, we have grown accustomed to examining the past. And if the historical record is any indication, the claim that Biden will be wearing a "secret earpiece" during the debate is a recycled and baseless smear aimed at undermining a presidential candidate.