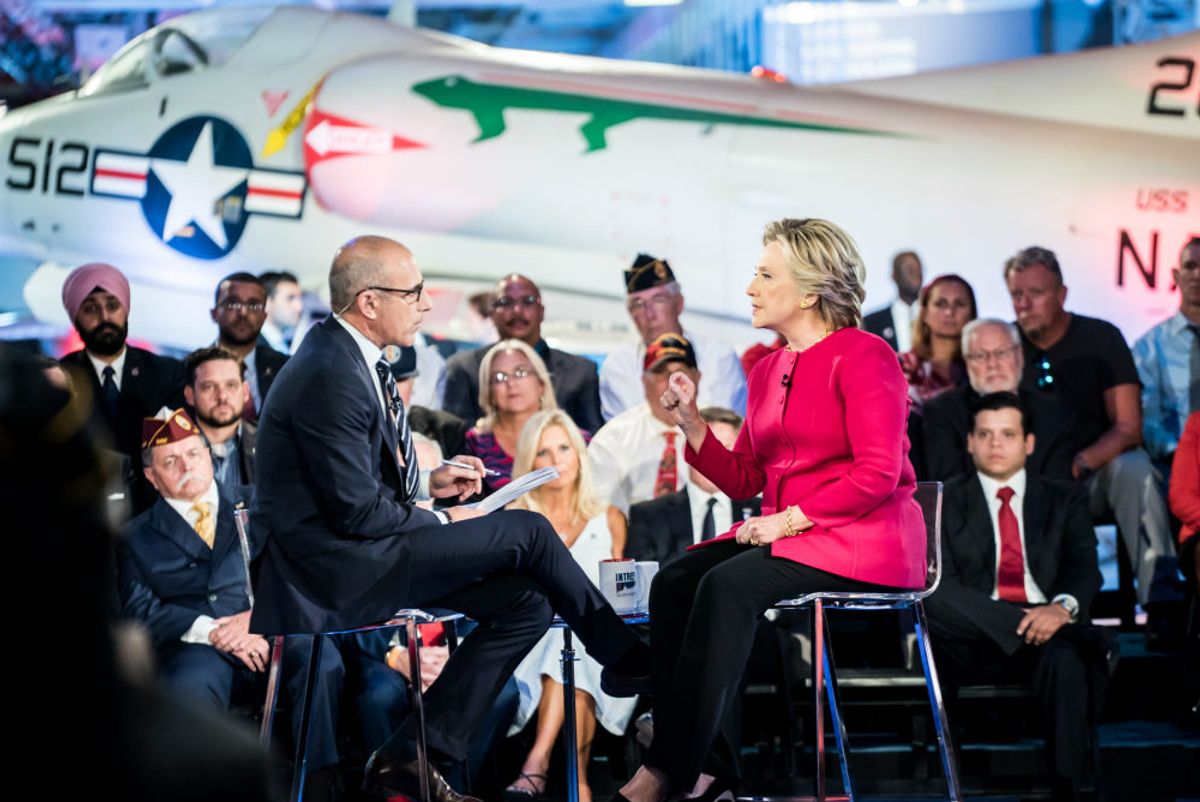 This photograph was shared with a wide range of conspiracy theories — some claiming that the image somehow proved Clinton was in poor health, others maintaining it demonstrated she is a puppet of billionaire George Soros — but the most prevalent accusation was that Clinton was wearing an earpiece so her campaign team could furtively feed her answers to moderator Matt Lauer's questions.

Although this photograph was frequently shared as a "high-res" image showing Clinton wearing an earpiece, it's actually a cropped version of an image taken by news photographer Brendan Smialowski:

Smialowski's image has been cropped to show only Clinton's face (and then blown up back to size), revealing what looks like a small light inside Clinton's ear. However, this "object" can't be seen in other photographs of the candidate from the same event:

A video of Clinton's appearance on the "Commander-In-Chief" forum can be viewed on NBC News. We've captured some additional screenshots from her appearance that show that she is not wearing any external device inside her ear: While "earpiece-gate" centered around Hillary Clinton, some Internet users accused her opponent Donald Trump of wearing a similar 'secret earpiece' during the same event and shared a purported photograph of it: A video of Trump's appearance at the NBC forum likewise shows that he was not wearing an earpiece during that campaign event.