A decision by the U.S. Department of Justice to make details public in an ongoing investigation drew strong rebuke. 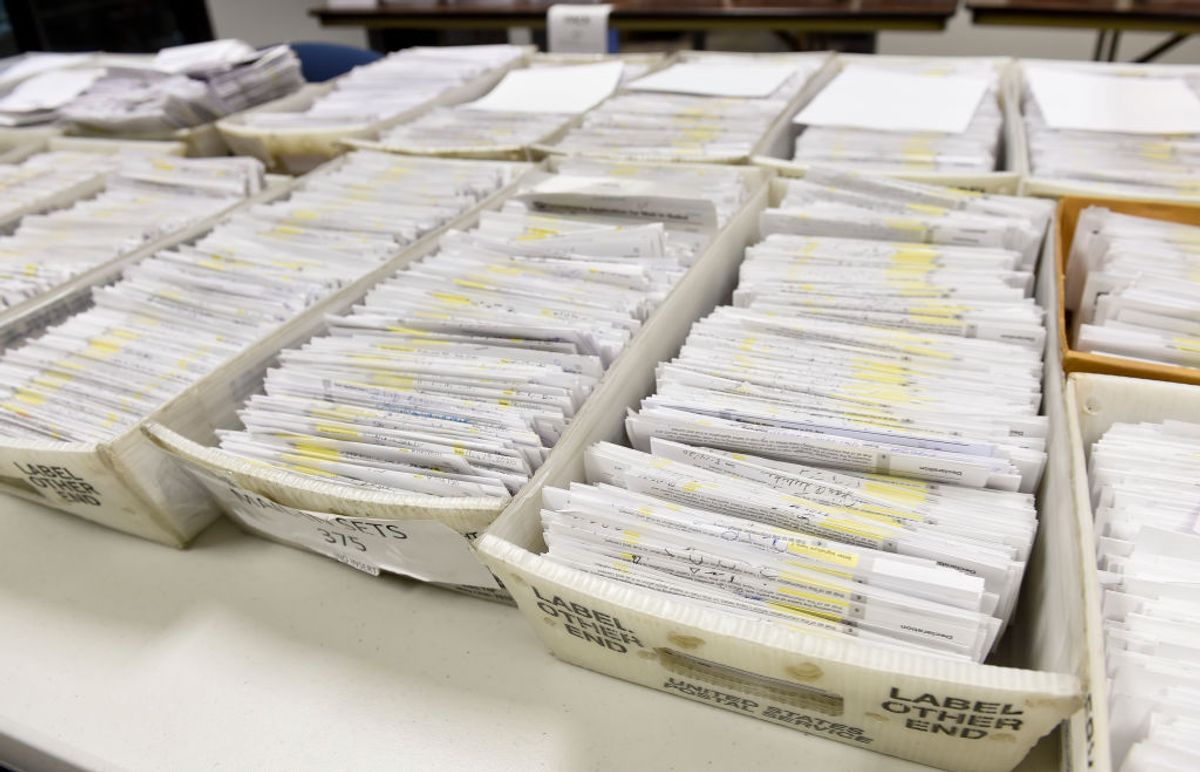 Nine discarded ballots in Luzerne County turned into a media spectacle when the U.S. Attorney's Office for the Middle District of Pennsylvania made public a Sept. 24, 2020, letter to election officials there, stating that all of the nine ballots were votes for U.S. President Donald Trump in the general election.

The messaging about the ballots from the office of U.S. Attorney David Freed prompted strong backlash from former Department of Justice (DOJ) employees for its partisan nature and for breaking from DOJ norms about not commenting on ongoing investigations.

The story was used to bolster unfounded claims by Trump and his supporters that mail-in ballots are prone to widespread fraud.

For example, Matt Wolking, a spokesman for the Trump campaign, tweeted that the ballots were evidence that,in his words, “Democrats are trying to steal the election.” He later deleted the tweet. White House spokeswoman Kayleigh McEnany said, "I can confirm for you that Trump ballots — ballots for the president were found in Pennsylvania," while claiming that mail-in voting is subject to fraud.

Freed sent Luzerne County officials a follow-up letter stating seven, not all nine, of the discarded ballots were cast for Trump.

Justin Levitt, a law professor at Loyola Law School who previously served as deputy assistant attorney general in the DOJ's Civil Rights Division, told us the news releases contained only a "partial list of unconfirmed facts" that leave open many questions about what type of ballots were in question. It's not even clear, he said, whether the ballots were mishandled. And, he said, he can't see any legitimate law enforcement reason for stating in the news release which candidate the ballots were cast for — information that has become election-season fodder.

We reached out to the Department of Justice for comment but didn't get a response in time for publication.

The FBI has recovered a number of documents relating to military ballots that had been improperly opened by your elections staff, and had the ballots removed and discarded, or removed and placed separately from the envelope containing confidential voter information and attestation. Specifically, a total of nine (9) military ballots were discovered to have been discarded. Seven (7) of those ballots when discovered by investigators were outside of any envelope. Those ballots were all cast for presidential candidate Donald Trump.

In a "revised' letter to county officials, the office wrote, "Investigators have recovered nine ballots at this time. Some of those ballots can be attributed to specific voters and some cannot. Of the nine ballots that were discarded and then recovered, 7 were cast for presidential candidate Donald Trump."

Levitt told us that as far as he can tell, the investigation itself is not just proper but admirable, because the DOJ appears to be working to ensure that all eligible votes are counted.

However, he questioned the propriety of the messaging.

It's DOJ policy, except under certain circumstances, not to comment on active investigations. But it also appears that the news release violated department guidelines that state that when the DOJ is tasked with investigating and prosecuting election-related matters, it must do so in a manner that doesn't influence the election.

And he added, before the news releases were made public, the information about the ballots was apparently shared with the White House.

Levitt told us traditionally a "firewall" exists between the Department of Justice and the White House, adding that the DOJ doesn't generally communicate with the White House about the status of pending investigations. He and others criticized the decision to drop Trump's name into the news release.

"There is no federal statute where the identity of the preferred candidate matters in this context, at all," Levitt told us. "Either the ballots were properly handled or they were not. But who the votes were cast for is irrelevant for law enforcement purposes."

David Laufman, who served as chief of the counterintelligence and export control section in the DOJ's National Security Division, called the messaging "bizarre and disturbing":

Matthew Miller, a former spokesman for the DOJ, tweeted that the news releases equated to "in-kind," or non-monetary, campaign contributions.

"Law enforcement has to be partisan-neutral and cannot be the engine of a campaign," Levitt told us. "U.S. attorneys are the voice of the residents of their district in federal law enforcement. They are what the name 'United States attorney' says. They’re not partisan attorneys, they’re not personal attorneys. They have an obligation to be relentlessly neutral, and this was anything but that."

Questions about discarded ballots in Pennsylvania coincided with an online hoax which falsely claimed that photographs showed ballots in California in a landfill. As we reported, the images showed "empty envelopes from the November 2018 election that had been disposed of as allowed by law."

Bump, Philip. "What We Know About Those Discarded Trump Ballots in Pennsylvania."   The Washington Post. 25 September 2020.