Is it raining in the Amazon? Is the rainforest on fire? Sometimes viral photographs don't tell an accurate story. 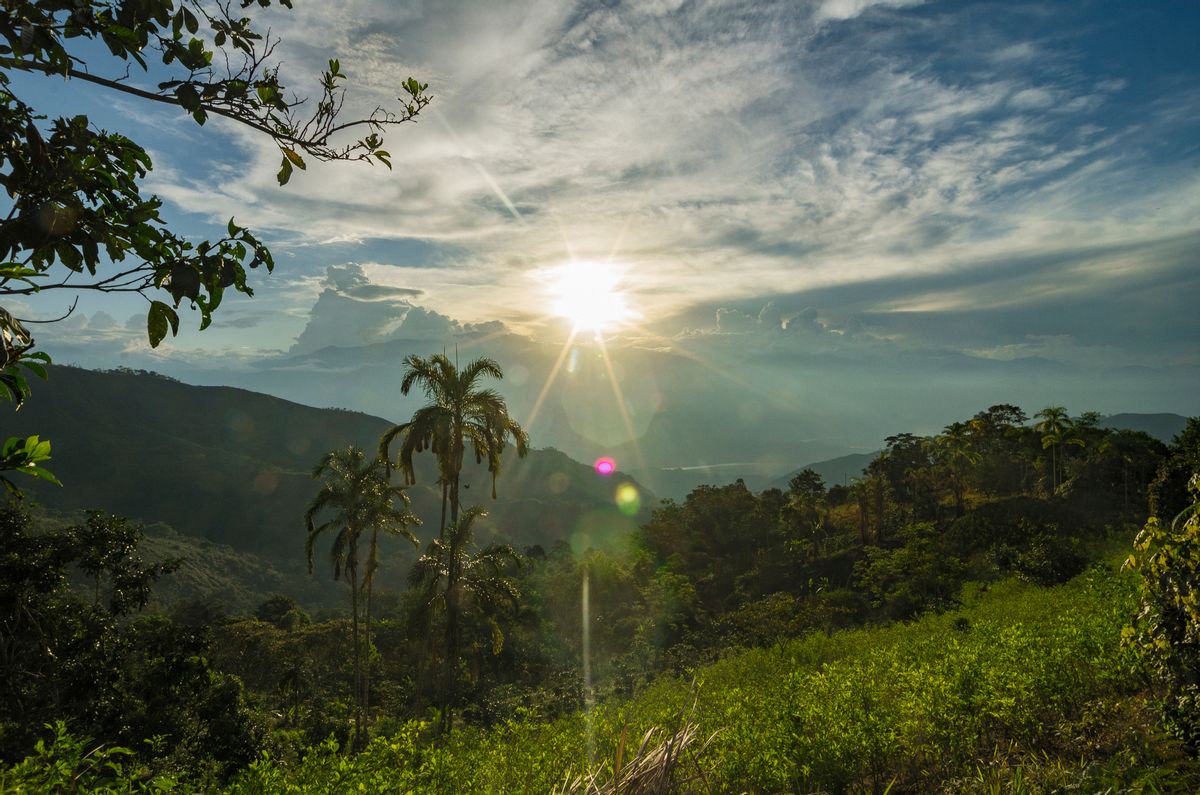 In August 2019, Brazil’s National Institute for Space Research (INPE) reported an increase in fires in the Amazon rainforest. As this news started to circulate on social media, so, too, did arresting images of forest fires. However, many of these photographs were outdated and unrelated to the current fires in Brazil.

We mentioned two of these outdated photographs in a previous article about the recent fires in the rainforest. These photographs were shared by a wide range of celebrities, including actor Leonardo DiCaprio and YouTube star Logan Paul:

amazon rainforest: how can i help? need advice on how i can actually make a change here; these pictures are breaking my heart ...  this is one of the most important ecosystems on earth. is there a fundraiser, a call to action, anything i can leverage my audience for on this? pic.twitter.com/s3RcbZbMr0

#Regram #RG @IamNickRose: Terrifying to think that the Amazon is the largest rain forest on the planet, creating 20% of the earth’s oxygen, basically the lungs of the world, has been on fire and burning for the last 16 days running, with literally NO media coverage whatsoever! Why?

Several other outdated or unrelated photographs have also been shared as if they showed the fires in the Amazon rainforest in 2019. Actor David Licauco posted three other pictures, none of which were taken this year:

Only found out on twitter that Amazon rainforest, ‘the earth’s lungs’ has been burning for 3 weeks?! Why is there no media coverage about it? HEARTBREAKING. #PrayforAmazonia ?? pic.twitter.com/JYwWnAPmom

The photographs on the left of this collage were addressed above (top left from 1989, bottom left from at least 2012). The picture on the top right was taken in 2008 in Brazil by photographer Daniel Beltra. The picture on the bottom right of this collage has even less to do with the current fires in Brazil: It comes from a fire in Bitterroot National Forest in Montana in August 2000.

Photographs supposedly showing animals harmed in the recent Amazon rainforest fires also made their way around social media. Again, these photographs are genuine but are not related to the recent spate of fires:

This is ALARMING you guys...
THE AMAZON rainforest has been on fire for THREE weeks and we’re just finding out about this ?? #AmazonFire #PrayForTheAmazon pic.twitter.com/2XQnSDK5K9

As the above-displayed photographs went viral in August 2019, a counter-set of images supposedly showing how it was raining in Brazil were also circulated on social media:

It's raining back in the amazon ? pic.twitter.com/DNDzKq5GxP

These photographs, again, have little to do with the weather in Brazil in August 2019. The photograph on the left dates back to at least 2009 and image on the right was taken from a YouTube video supposedly showing a storm in Ecuador in 2013.

So what do the August 2019 fires in the Amazon actually look like? Here's a video report from NBC News:

While many of the viral photographs in circulation do not accurately depict the fires in the Amazon rainforest in August 2019, the area has seen a large number of fires this year. Brazil’s INPE reported more than 70,000 fires have burned in Brazil this year, an 80% increase compared to the number of fires during the same period in 2018.

The fires have raised concerns about deforestation, global warming, and the environmental policies of Brazil President Jair Bolsonaro.

The official figures show more than 75,000 forest fires were recorded in Brazil in the first eight months of the year — the highest number since 2013. That compares with 40,000 in the same period in 2018.

Forest fires are common in the Amazon during the dry season, which runs from July to October. They can be caused by naturally occurring events, such as by lightning strikes, but also by farmers and loggers clearing land for crops or grazing ...

In response, Mr Bolsonaro, a long-time climate change sceptic, accused non-governmental organisations of starting the fires themselves to damage his government's image ...

... The Amazon Environmental Research Institute (Ipam) has stated the recent increase in the number of fires in the Amazon is directly related to deliberate deforestation.

While the exact scale of deforestation in the rainforest will only be certain when 2019 figures are published at the end of the year, preliminary data suggests a significant rise.

The National Institute for Space Research (Inpe) tracks suspected deforestation in real-time using satellite data, sending out alerts to flag areas that may have been cleared...