How Much of a Threat Is the Purported 'Momo Challenge' Suicide Game?

Warnings have been spread worldwide about the 'game's alleged potential to harm young people who may be lured into playing it. 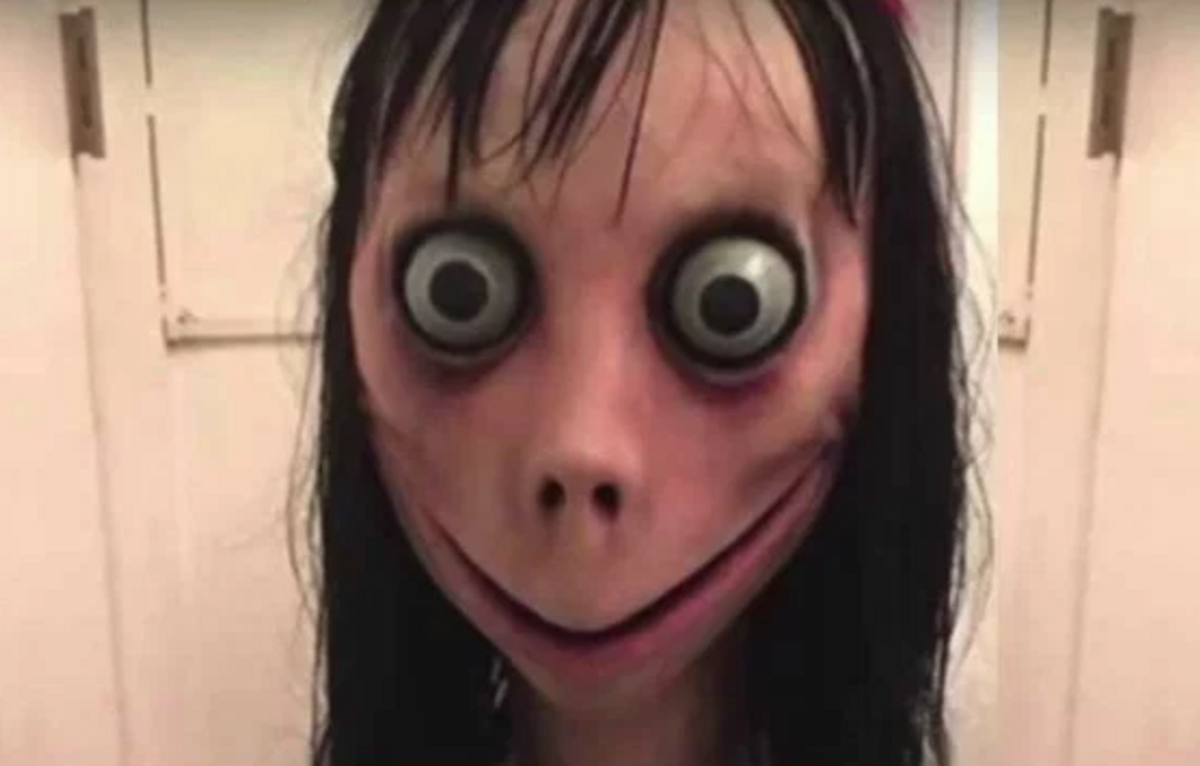 In recent years social media users have been encountering all sorts of viral "challenges" that exhort them to engage in some form of suggested activity (and usually post photographs or videos of the results). The motivations behind social media challenges can range from raising money for charities to simply encouraging others to take part in some fun and goofy behavior, and the form of such challenges runs the gamut from benign activities (such as dancing in a public setting) to the inherently dangerous (such as setting oneself on fire).

Social media users -- and particularly parents of young social media users -- have also been beset by reports of highly dangerous challenges, such as those encouraging children to disappear for 72 hours or even commit suicide. But many purported "challenges" of this variety have proved to be much more the products of fevered imaginations and lurid news reporting rather than real-life phenomena.

One example of the latter variety of allegedly dangerous activities is the so-called "Momo" challenge. According to various reports, the Momo challenge is supposedly a form of cyberbullying prevalent on platforms such as WhatsApp and YouTube, through which children receive anonymous threatening messages tied to pictures of "Momo," an unrelated sculpture of a grinning figure with dark hair and bulging eyes created by a Japanese special effects company: The "Momo" messages allegedly compel youngsters to engage in perilous activities such as taking pills, stabbing other people, and even killing themselves:

The Momo challenge hit the news in mid-2018 with a report that a 12-year-old Argentinian girl had been motivated by the "Momo Game" to hang herself from a tree in her family's backyard near Buenos Aires. Authorities in Argentina never did confirm that the girl's suicide was encouraged by her participation in a viral "game" rather than a real-life person, however:

The girl filmed her activities immediately prior to the suicide on her phone. Authorities suspect someone encouraged her to take her own life.

Police are investigating an 18-year-old teenager, whom the victim is believed to have met on social media, the Diario Popular newspaper reported. Police are yet to locate the person.

The girl's older brother found her hanging from a tree in the backyard of their house with her mobile phone nearby. Her mother had left the house and returned to find that her daughter was already dead.

"The phone has been hacked to find footage and WhatsApp chats, and now the alleged adolescent with whom she exchanged those messages is being sought", Police said in a statement ...

The deaths of two young men in India were also reportedly tied to the "Momo Game Challenge" in August 2018, although again no definitive link was documented. Around the same time, the suicides of a 12-year-old girl and a 16-year-old boy in Barbosa, Colombia, were also reported as potentially being linked to participation in the challenge. The subject caught on with the mainstream news media in the U.S., who gave it prominent coverage:

Other warnings emerging in early 2019 cautioned that Momo-related threats and suicide imagery were being inserted into videos (such as Peppa Pig) viewed by children on YouTube and elsewhere:

A good deal of skepticism remains that the existence of the Momo challenge may be far more hype or hoax than reality, with many critics citing the paucity of screenshots and videos documenting interactions with Momo:

“The Momo thing is much more akin to an urban legend right now,” said ReignBot, a YouTuber famous for videos exploring creepy things on the Internet. ReignBot’s video about the “Momo Challenge” has more than 2 million views.

“People are claiming what Momo is and what Momo does, but not that many people have actually interacted with the account,” she said. “Finding screenshots of interactions with Momo is nearly impossible and you’d think there’d be more for such a supposedly widespread thing.”

Larry Magid, a technology reporter, also tweeted that the game is “likely a hoax.”

Nonetheless, reignited fears over "Momo" continue to pop up in social media posts (such as the Facebook post embedded above), sensationalized news reporting from the likes of the Daily Mail ("seven-year-old boy tells his school friends doll-like creature would kill them in their sleep") and the Sun ("Momo ‘suicide game’ warning after schoolboy, seven, told pals the creepy character would kill them in their beds"), and police warnings not based on any verified reports about the game.

Even the viral warning from a mother in Westhoughton (in the Borough of Bolton) that inspired the recent UK press coverage referenced above acknowledged that her son was never actually contacted by “Momo” but had instead been told by "some kids at school ... to look at the Momo Challenge."

Reports of the Momo challenge are also sometimes spurred by or mistakenly conflated with accounts of the death of Molly Russell, a 14-year-old girl who died by suicide in 2017 after viewing graphic images of self-harm on Instagram (unrelated to any social media challenge).

Possibly some children have come to harm because of Momo (although documentation of any such occurrences remains sketchy), and even if so, that phenomenon may primarily be a product of bullies and pranksters latching onto a handy mechanism to goad and torment vulnerable youngsters rather than an intrinsic part of a particular social media challenge.

But even if it's unlikely that any healthy persons have actually been prompted to engage in acts harmful to themselves or others solely through exposure to something akin to the "Momo challenge" (some 90% of suicide victims already suffer from some form of untreated mental illness), and even if warnings about such challenges have proved far more viral than the challenges themselves, anything that puts suggestions and images of self-harm and suicide in front of children who are already vulnerable to self-esteem and other psychological issues (including suicidal tendencies) can carry dangerous potential.

An iNews report on the subject or viral challenges quoted cyberpsychology expert Dr. Dawn Branley Bell as noting that "dangerous online challenges do exist," but "suicide rarely has a singular cause":

“In all likelihood it is a minority of internet users who are affected by -- and become engaged with -- this type of content,” says Dr Dawn Branley Bell, a cyberpsychology expert who specialises in the risks of online activities. While dangerous online challenges do exist, the cyberpsychologist says the internet results in these trends being overhyped because stories can spread instantly across the world.

“These crazes are not unique to the online environment,” she says. “It’s just that the internet acts as a way of communicating these behaviours to a wider, more public audience.” (It isn’t hard to imagine that if social media existed in the 1990s, British tabloids would run articles about “the terrifying challenge” that was eight-year-olds saying “Bloody Mary” three times into the bathroom mirror.)

Branley Bell also says that challenges like Momo make for good headlines because they are dramatic and shocking, but notes that suicide rarely has a singular cause.

“Those that are vulnerable to this type of content are likely to have other reasons behind this vulnerability,” she says “I feel that our time and effort would be better spent concentrating on addressing the reasons behind the initial psychological vulnerability -- whether that is low self-esteem, mental health issues, or environmental issues -- rather than the online content.”

Word of the Momo challenge is now so widespread that whether or not it represents a real threat, the subject has generated rumors that in themselves can be cause for concern among children:

Cyber Safety Expert Denise DeRosa, says the challenge, whether real or rumored, serves as a reminder for parents to know what their kids are doing online.

"You don't need to know about every platform and every app and every device out there, but you do need to know and understand your kids favorite apps, their favorite games, their devices," she said.

Experts say even if actual threats from Momo aren't real, the rumors alone can be frightening for kids and can encourage teens to participate in risky dares.

Perhaps the best general advice is for parents to address such issues preemptively, not necessarily dwelling on any specific rumors but advising their children to be responsible and let them know if they encounter anything in the digital realm that appears frightening or threatening:

"Preemptively addressing something with your kid is always better," said Dr. Meghan Walls, a pediatric psychologist.

She says it might be a good idea to gently ask your younger kids if they know about this.

"Something like, Ya know, there's some scary things that pop up on phones and tablets and if you ever see something like that, come get me.'"

And for your older kids? Maybe get them to promise they'll talk to you about the Momo Challenge if it's sent to them. It's not realistic to simply take their phone away, but let them know this is cyberbullying, it's potentially dangerous, and that you're trusting them to let you know what's going on.

"Especially as kids get older and they are teenagers, they want some of that autonomy, and they deserve it as long as they can show you they're responsible enough," Walls said.