Is the 'Blue Whale' Game Responsible for Dozens of Suicides in Russia?

Although certain game groups on social media have been accused of promoting suicide, they have not been found to have directly caused an uptick in young people taking their own lives. 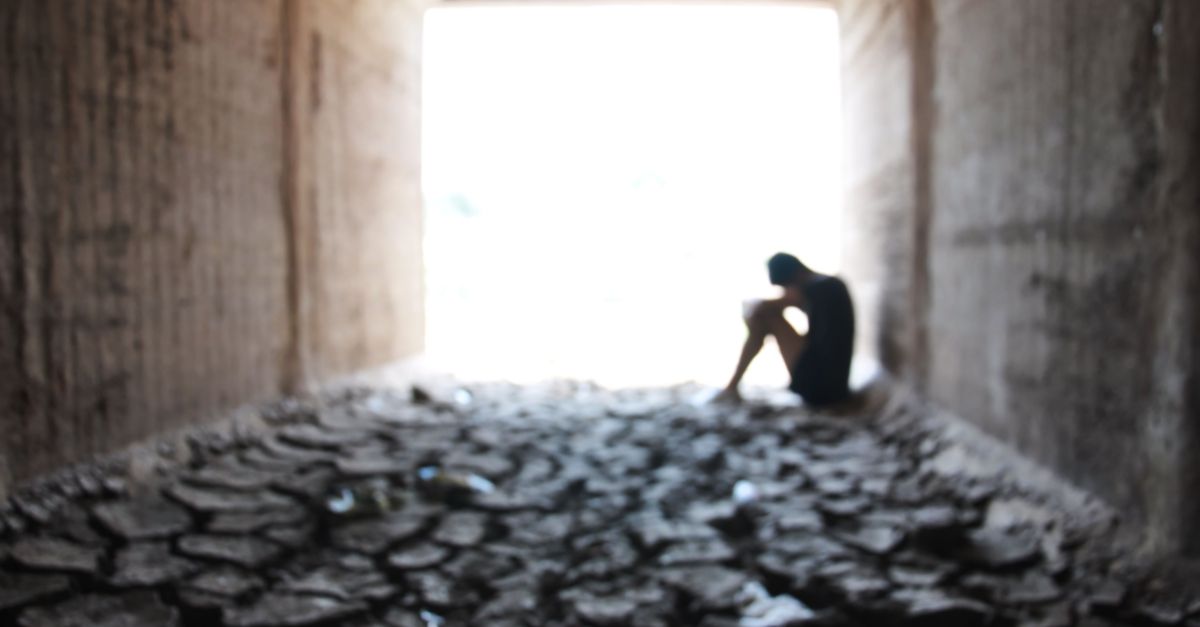 Claim:
The "Blue Whale" suicide game has been responsible for more than 130 suicides in Russia.
Rating:

In February 2017, English-language web sites caught wind of a purported "suicide game" that had reportedly resulted in more than a hundred deaths in Russia. The general premise of the game, which goes by several names but is commonly referred to as the "blue whale" game, is as follows:

The player signs up to play the game and agrees to follow instructions over the course of 50 days.

An administrator assigns a series of tasks (anything from cutting yourself to listening to song) that the player must accomplish.

The player wins when they complete the final task, committing suicide, on the 50th day.

The claim that the "blue whale" suicide game (named after the way whales sometimes beach themselves and then die) had resulted in a wave of suicides appears to have originated with a misinterpretation of a May 2016 story from the Russian site Novaya Gazeta. That article reported dozens of suicides of children in Russia during a six-month span, asserting that some of the people who had taken their lives were part of the same online game community on VK.com, a social media network based out of St. Petersburg, Russia:

We counted 130 suicides of children that occurred in Russia from November 2015 to April 2016 (!) - Almost all of them were members of the same group on the Internet.

Novaya Gazeta  reported that "at least" eighty of the suicides were linked to these "blue whale" games, but an investigation by Radio Free Europe found that no suicides had been definitively linked to these online communities:

But while the Russian-language Internet is groaning with profiles of young people playing or seeking to play the game, shocking photographs of self-injury like cutting marked with the game's hashtags, and purported links to teen suicides, not a single death in Russia or Central Asia has been definitively tied to Blue Whale.

Over the last six months or so, dozens of suicides and attempted suicides in Russia, Kazakhstan, and Kyrgyzstan have been provisionally linked to the game, although on closer inspection none of them has been found to have a conclusive tie.

Furthermore, the Novaya Gazeta report was highly criticized at the time of its publication. For instance, the web site Meduza noted that Noyaya Gazeta arrived at their conclusion that a social media game was causing teenagers to commit suicide because several teenagers from the same social media group had taken their own lives. However, Meduza argued, it is more reasonable to assume that depressed or suicidal teenagers are simply drawn to the same social media groups, not that the groups were causing them to commit suicide:

The author of the material in the "Novaya Gazeta" states that the community in the social network "VKontakte" bring children to suicide. As a confirmation of this it lists the following fact: a few dozen teenagers who committed suicide were in groups devoted to this topic. However, to reliably establish a causal link in this case is impossible, and it is quite possible to assume an inverse relationship — a teen becomes part of a group due to the fact that it is contains people who struggle with suicidal thoughts.

The reasons teenagers commit suicide are well researched. According to data from the General Prosecutor's Office, in Russia 62% of suicides among adolescents are associated with family conflicts and general distress, conflicts with teachers, classmates, friends, and also with the fear of violence by adults and callousness of others. From a report on the topic from the UN Children's Fund (UNICEF), the increase in the number of suicides "occurs in times of economic crisis and sharp social change." For example, in Russia there was an increase the number of suicides from 1987 to 1994, when the USSR collapsed. As soon as the company adapted to its new socio-economic conditions, the number of suicides stabilized.

Although "Blue Whale" suicide groups have not been directly linked to hundreds of suicides in Russia, the groups do apparently exist. They originated shortly after the death of Rina Palenkova, a Russian teenager who supposedly took her own life shortly after posting a photograph of herself on VK.com. The image was widely circulated on social media, and Rina soon became the central figure of a strange cult-like group: Social media communities such as "Sea of Whales" and shock video sites shared photographs of Rina and spread a rumor that she was part of a suicide sect:

These groups actively exploited the theme of suicide - continued the cult of Rina Palenkovoy and published shock content: psychedelic and sinister video recording suicides. The creators of the community filled it with strange characters — Hebrew inscriptions, numbers, codes, pictures and video with a strange logo (it turned out to have been borrowed from the logo of a brand of lingerie).

Later, groups of creators began to promote them through an interactive quest, ARG, a game with augmented reality. They took the idea of a mysterious quest "Insider", created in 2012 — few details exist of the original project, but you can get acquainted with its ominous promo video — and created on that basis a new ARG with the levels and tasks in the real world. Author of the new project "Insiders" Nosferatu by Alexander refused to communicate with Apparat. According to the testimony of other users, the project initially had no relation to suicide, but later it "stole" the administrators of destructive groups. One of the elements of the project was a timer on the site, counting down the 70 days prior to a certain date — according to the F57, until the day of the mass suicides.

There is certainly reason to be concerned about groups that venerate and promote suicide, but the creator of the "Sea of Whales" community said that he had no interest in encouraging people to take their own lives. Rather, the group's creator says that they created the game and the surrounding lore to drive traffic to the page:

It took just one day, however, for the news website Lenta.ru to get in touch with More Kitov, the creator of the Sea of Whales community (whales "commit suicide" by beaching themselves) – yet astonishingly, he claimed that the administrators of such groups had no interest in grooming minors to take their own lives but were merely interested in boosting their commercial profile.

He said that Filip Lis, the administrator of the now-deleted community f57, just wanted to increase the number of subscribers to attract advertisers to his page – in Russia, the social network VKontakte is also a popular advertising market, and you can earn a lot of money from popular communities.

Having come across this topic, which was trendy with teenagers, Lis launched the myth of the "sect" and used Rina Palenkova (a young girl who reportedly committed suicide) to promote it. He sold her cloned pages, reposts, videos and photos of her grave as well as screenshots of her correspondence. After VKontakte removed f57, he created similar groups.

"I looked at all the fuss, got stunned by the hype and created my whales," More Kitov told Lenta.ru. He insisted that his aim was to dissuade teenagers prone to suicidal thoughts, but first it was necessary to "become one of them."

Russia has a high baseline suicide rate among young people. In 2013, for instance, 461 minors took their own lives.

In May 2017, stories appeared in English-language media about the alleged creator of the game, who according to media reports remains detained in Russia. Phillip Budeikin, 21, had apparently confessed to inciting young girls to commit suicide months before (calling them "biological waste", according to some reports) but we were only able to trace these claims back to a November 2016 story on one site, saint-petersburg.ru (translated):

Did you really push the teenagers to death?

-*Firmly* Yes. I really did. Do not worry, you will understand everything. Everyone will understand. They were dying happy. I gave them what they did not have in real life: warmth, understanding, communication.

How many of them were there? Is it really that, as a number of media outlets write, there are 130 people in the region?

-Of course not. Investigation of the "News" is just squalor. There were 17. There were those with whom I simply communicated, whom I knew and who later committed suicide, but without my direct influence.

So, come on from the very beginning. When it all started, how it was organized and how did you get to the point of pushing people to suicide?

-At first? There are people, but there is a biomass. These are those who do not represent any value to society and are or will only bring harm to society. I cleaned our society from such people. It began in 2013. Then I created "F57" (one of the names of "death groups" "VKontakte" -Ed. ). Just created, see what will happen. It was stuffed with shock content, and it began to attract people. In 2014, it was banned. For a long time I laughed when I saw everyone trying to understand what "F57" means. It's simple. F - Philip, my name. 57 - the last digits of my then number. I thought about the idea for five years. You can say I was preparing. I thought through the concept of the project, specific levels and stages. It was necessary to separate the normal from the biomass.

This story was inexplicably picked up months later by international tabloids (alongside claims that the game was spreading across the world), but we remain unable to verify any of the claims.

Sinelschikova, Yekaterina.   "Are Russian Internet Communities Responsible for Wave of Child Suicides?"     Russia Beyond the Headlines.   23 May 2016.