About That 'Starving Migrant Refugee Checks Her iPhone' Meme

An image meant to demean a woman's weight is not only cruel but taken out of context. 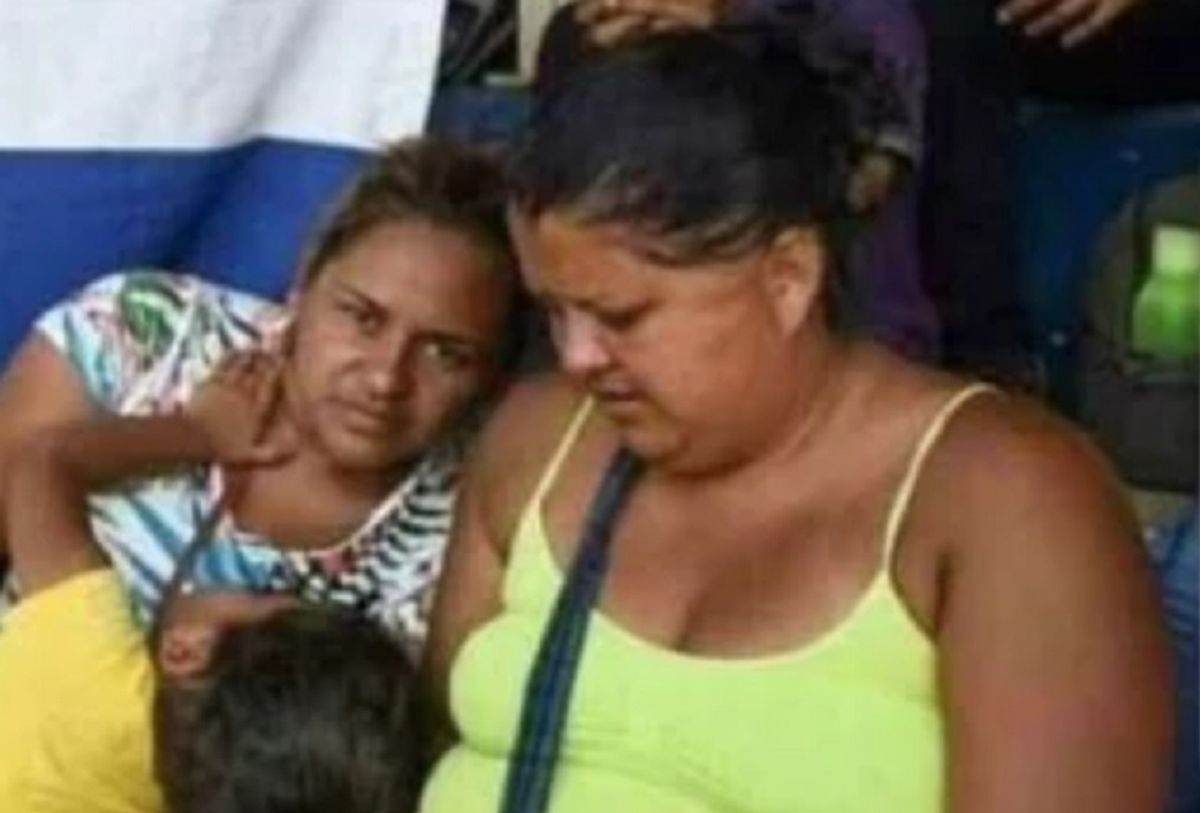 A meme that simultaneously demeaned a woman for her physique and for possessing a smartphone spread like a rash on social media in late November 2018 and became part of an ongoing campaign to denigrate Central American migrants hoping to reach the United States: As is the case with most memes, it is factually flawed. However, it is the premise of the meme -- that a person who has access to a cell phone and is overweight can't possibly be in a desperate situation -- that is the most misleading.

The identity of the woman in the image is currently unknown to us, but we do know she wasn't part of the group of November 2018 Honduran caravan members -- who as of this writing were housed in a state of limbo at a sports arena in Tijuana, Mexico, as they waited to make their asylum claims in the United States.

Instead, the meme used a cropped portion of a picture taken by photographer Victoria Razo for AFP/Getty Images on 2 April 2018 in Matías Romero, a town in the Mexican southern state of Oaxaca. According to the caption, the picture was taken as a group of caravan travelers rested there. It's unclear from the image alone whether the woman was a migrant traveling with the caravan or merely a resident of the town. It's also unclear what type of phone she was holding or whether it belonged to her.

In the original photograph, the woman can be seen sitting with a larger group of people while a man holds up a blue and white Honduran flag nearby.

The assertion that the individual's physique or cell phone usage undermined potential claims to asylum is a flawed one. Even someone in relatively dire financial straits can often find a way to acquire and use a smartphone inexpensively. Furthermore, landlines in Honduras are limited and cell phones are the primary means of telecommunication in that country, according to the CIA World Factbook. Only five in one hundred Hondurans have landlines, while 91 in 100 have cell phone service.

The nitpicking over cell phone usage among asylum seekers isn't a new phenomenon, nor is it unique to the United States. Writing for the British publication The Independent, journalist James O'Malley pointed out in 2015 that even if one has limited financial means, "It is hard to think of a more useful thing to own than a smartphone, especially if you're fleeing your home."

Although O'Malley in 2015 was writing about fake outrage over images of Syrian war refugees in Europe using smartphones, his words still ring true in regards to the ongoing criticism of Central Americans hoping to find refuge in the U.S.:

Even when utility isn’t considered, the reason Syrians are using smartphones and not old Nokia 3210s is the same reason that benefits claimants have (gasp!) “flatscreen” TVs ... have you tried buying any other kind lately? Budget Android smartphones can be picked up for well under £100, and come with cameras, large screens and everything you would expect from a modern phone. As we’re now in the habit of replacing our phones with a new model every year or two the price of slightly older phones also drops significantly.

Furthermore, aside from the flat-out bullying of an anonymous person, there's no reason to assume anything can be ascertained about the nutritional health of the pictured woman simply by looking at a photograph of her. Being overweight can be one facet of malnutrition, and in fact Honduras and Nicaragua were cited in the 2016 Global Nutrition Report as being Central American countries in which stunted growth under the age of 5, anemia in women of reproductive age, and adult obesity overlap. A person's weight is also irrelevant considering that many Central Americans are fleeing persecution, government violence, and gang warfare in their home countries, not famine or extreme poverty.

The migrant caravan that attracted the most attention in the latter part of 2018 originated in the northern Honduran city of San Pedro Sula on 12 October 2018 and traveled on foot through Guatemala and Mexico before many of its members reached the U.S.-Mexico border in late November 2018. The caravan was the target of an onslaught of hoaxes, conspiracy theories and misinformation and was used as a political cudgel in the lead-up to the 6 November 2018 midterm elections in the United States. But as the April 2018 photograph indicates, that caravan was hardly the first of its kind.

Migrants have been traveling north with caravans for about a decade known in Spanish as "Viacrucis Migrante" (literally "migrant way of the cross," although the term is a reference to the Stations of the Cross, or Christ's last steps before crucifixion). As the Voice of San Diego explained, the caravans were originally intended to draw attention to children who disappeared while making the journey to the U.S. and had a religious aspect to them. As time went on, migrants began traveling with the caravans for safety-in-numbers reasons and also as a form of protest against an increasingly-hostile U.S.-Mexico border situation:

The caravans have increased in size over the years, not only because traveling in larger groups provides safety to migrants who in Mexico have long been targets of extortion, rape and other criminal activity, but as an act of civil disobedience, as the U.S. border with Mexico has become increasingly militarized and conditions in El Salvador, Guatemala and Honduras have deteriorated even further ...

“The caravans aren’t new,” [assistant professor of Chicano-Latino Transnational Studies at Pitzer College Suyapa] Villeda said. “But they weren’t public affairs and they weren’t this big. Part of this growth was because of Trump’s vitriol on social media and the caravans suddenly started garnering press.”

Caravan members exploded into the news cycle again on 25 November 2018, when photographs of children running away from tear gas fired by Customs and Border Patrol generated public outcry. Predictably, those images drew the attention of purveyors of misinformation who falsely claimed they were staged.