The accuracy of stories blaming bots for duping Democrats into pressuring the former Minnesota senator to resign is being called into question. 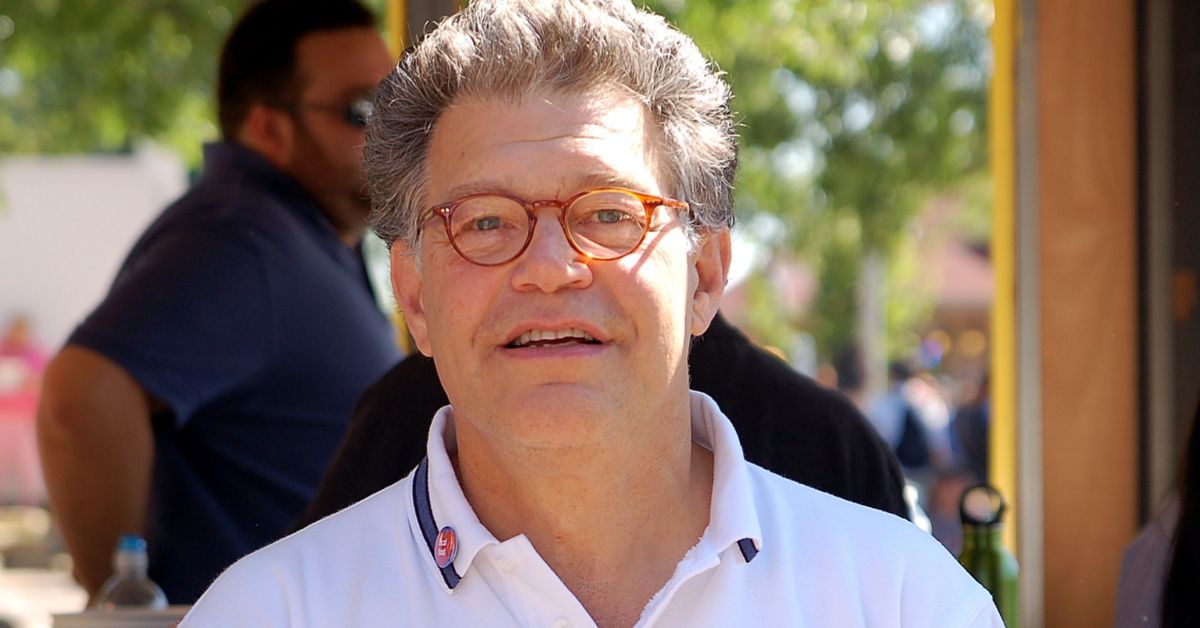 On 19 February 2018, both the news magazine Newsweek and news blog RawStory.com posted stories cribbing from a blog post on Medium.com by "Unhack the Vote," which reported the #MeToo movement had been co-opted by a network of right-wing Internet trolls and Kremlin-controlled social media bots to force Al Franken, a former Democratic senator from Minnesota, to resign.

Franken announced his resignation amid mounting pressure on 7 December 2017, after Leeann Tweeden, a Los Angeles-based radio personality, went public with accusations that he had forcibly kissed and groped her during a USO tour in 2006. Franken's downfall was a result of the #MeToo movement, in which victims of sexual harassment and assault were coming forward in waves and naming their abusers — many of whom lost their jobs and positions of influence.

Although the gist of the stories was that Democrats had been duped into pushing Franken out by a propaganda operation run by Russia and the alt-right, the accuracy of these stories is being challenged. They reported that the attack against Franken was orchestrated in part by "weaponizing" an article by author and writer Ijeoma Oluo to hasten his downfall. But both Oluo and a researcher who tracks Russian-influenced social media activity told us the reports got key details wrong.

Just days prior to Democrats calling for Franken to step down, the fake news sites republished their own version of an article from a smaller site by Ijeoma Oluo, urging women and activists to stop their defenses from Franken. “Dear Al Franken, I’ll Miss You But You Can’t Matter Anymore,” was its title. Thousands of fake Twitter accounts then ensured the article’s headline spread.

From there, Senate Democrats, lead by Sen. Kirsten Gillibrand (D-NY) went on the attack and demanded Franken resign.

“We began to suspect that this legitimate opinion piece [by Iluo] had been weaponized for political gain by dozens of twitter accounts, all of them repeatedly tweeting links to the two domains registered in Japan in late November,” Unhack the Vote’s Mike Farb wrote. “Strong similarities between the accounts combined with clear connection to the two recently-established Japanese websites verified our suspicions.”

By November 17, the trending of “Al Franken” was officially also a Russian intelligence operation, according to the Alliance for Securing Democracy, an organization tracking Russian social media accounts, based on a sample taken that day of 600 of the fake accounts.

Newsweek was referring to the Alliance for Securing Democracy project Hamilton68, a live tool that tracks top and trending hashtags, topics and links tweeted by "600 Twitter accounts linked to Russian influence efforts online." It does not analyze Russian intelligence operations.

Oluo pointed out the reports flipped the timeline of events. She had written the piece after it was already known that Franken planned to resign. Her article was a response to the news and an expression of grief and disappointment in Franken's actions, as demonstrated by a sentence in which she noted that "As the reports surfaced last night that you were planning to resign, I was trying to explain to my 10-year-old son why I was so sad about this."

By the time Oluo's piece was published on 7 December 2017, Franken had already made his announcement, she told us:

In no way did my article have anything to do with it. The timeline makes no sense. The article didn’t even go up until he announced he would resign. I was hoping that the piece would give people context and help people grow from all of this into a better place.

Oluo expressed frustration, saying that the stories belittled victims who came forward with accusations of abuse and assault, and that no one took the "Journalism 101" step of reaching out to her before publishing:

Basically one dude wrote a Medium article and they turned that into a whole piece in Newsweek with no verification. It really undermines the MeToo movement and makes it seem like all these brave women who talked about the abuse they suffered are just tools. These are actual women who risked a lot and took a lot of abuse to come forward.

Andrew Weisburd, non-resident fellow at Alliance for Securing Democracy (a bipartisan, transatlantic initiative housed at The German Marshall Fund of the United States) and one of the researchers behind Hamilton68 (the tracking tool cited by Newsweek) told us that the characterization of Franken-related hashtags as a "Russian intelligence operation" was not grounded in reality. With a few exceptions, he told us, Russia's online propaganda operation is driven by its target audience, not the other way around: "The mix of content the Kremlin-oriented accounts promote tends to run consistently 70%/30% — 70% stuff that the target audience cares about. 30% stuff Kremlin cares about.

The reports also claim that Roger Stone, a long-time Washington, D.C. political operative and ally to United States President Donald Trump, along with other well-known right wing trolls, set off the chain of events that led to Franken's resignation by predicting on 15 November 2017 that allegations against him would surface. Tweeden came forward with her story two days later.

Although the Medium post points to a Japan-based web site RealUSA.site as a culprit in helping spread the Franken story, Oluo, who used to work in digital advertising, said the site appears to be nothing more than a clickbait farm that doesn't actually link to her story -- the post is just a screenshot of the headline and a featured image to generate clicks and collect ad revenue from doing so.

Nina Burleigh, the author of the Newsweek article, points out that site and a second one, VotyUS.me, were set up, one on the same day that Stone tweeted, by the same person and were working in tandem to spew anti-Franken links. She said bots tweeted Oluo's headline multiple times between the time it was published and 2 January 2018, when Franken left office.

Yet, that timeline misses the point that Oluo's article was published the same day Franken announced he would resign. (Burleigh later removed her reference to Hamilton68 after Alliance for Securing Democracy informed her that Russian bots pushing the Franken story tweeted both pro- and anti-Franken content).

It is true that far-right Internet trolls tried to exploit the #MeToo movement to take out political opponents, with varying degrees of success, but this was not an unfounded character assassination; Tweeden had a photograph showing Franken smiling and appearing to grope her chest over a flak jacket as she slept.

Rawstory.com has pulled the article pending further research, while Newsweek has updated theirs to reflect the removal of references to the Hamilton68 dashboard and to clarify when Democrats began calling on Franken to resign.

O'Keefe, Ed, and Viebeck, Elise.    "Franken Announces He Will Resign From the Senate as Harassment Issue Rocks Congress."       The Washington Post.    7 December 2017.