Did a WWII Vintage Bomber Crash-Land off Florida Beach in April 2021? 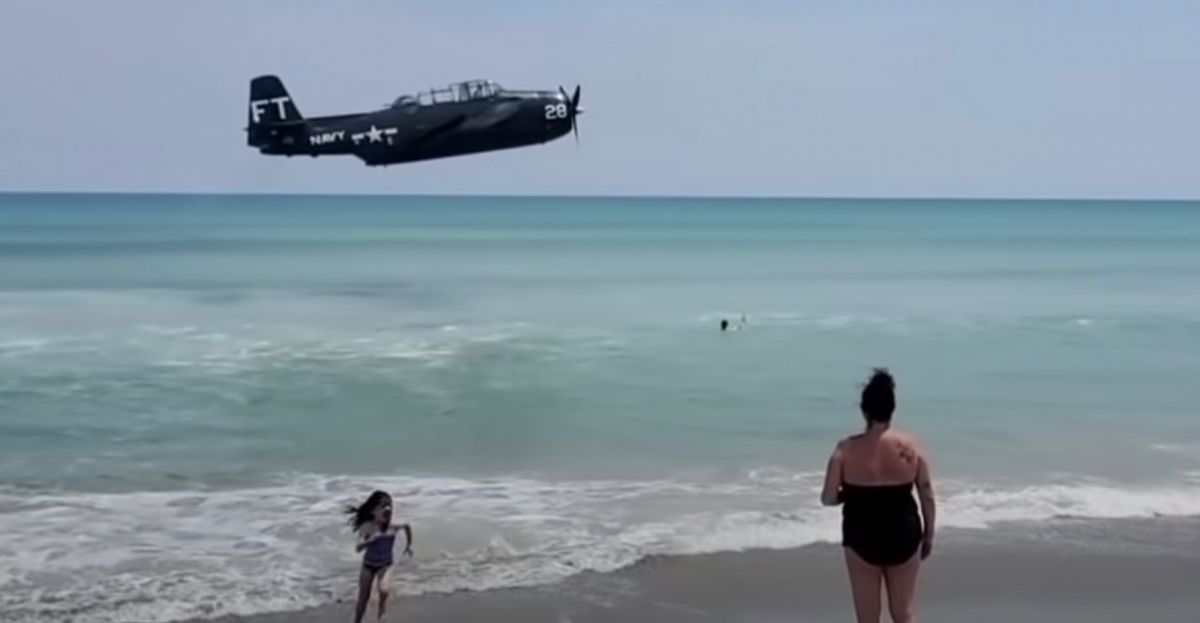 Claim:
A vintage World War II bomber made an emergency landing off a beach in Florida in April 2021.
Rating:

A pilot guided a vintage airplane to a safe emergency landing in Florida on April 17, 2021, with video from the incident taken by bystanders showing the TBM Avenger gliding over shallow water south of Cocoa Beach before coming to a halt. No one was injured.

Florida Today reported the plane made the emergency landing while taking part in the Cocoa Beach Air Show.

The plane belongs to Valiant Air Command, an organization that collects and exhibits historic war planes at its museum in Titusville, Florida. In a statement posted to Facebook on April 18, the group said the plane was forced to land due to engine failure:

The plane was set to be moved back to Valiant Air Command's museum for work to begin on its restoration.