Did WWII Plane Found in Jungle Still Have Coffee in Thermoses?

The story of "Swamp Ghost," a Boeing B-17E bomber, began during World War II and has continued well into the 21st century. 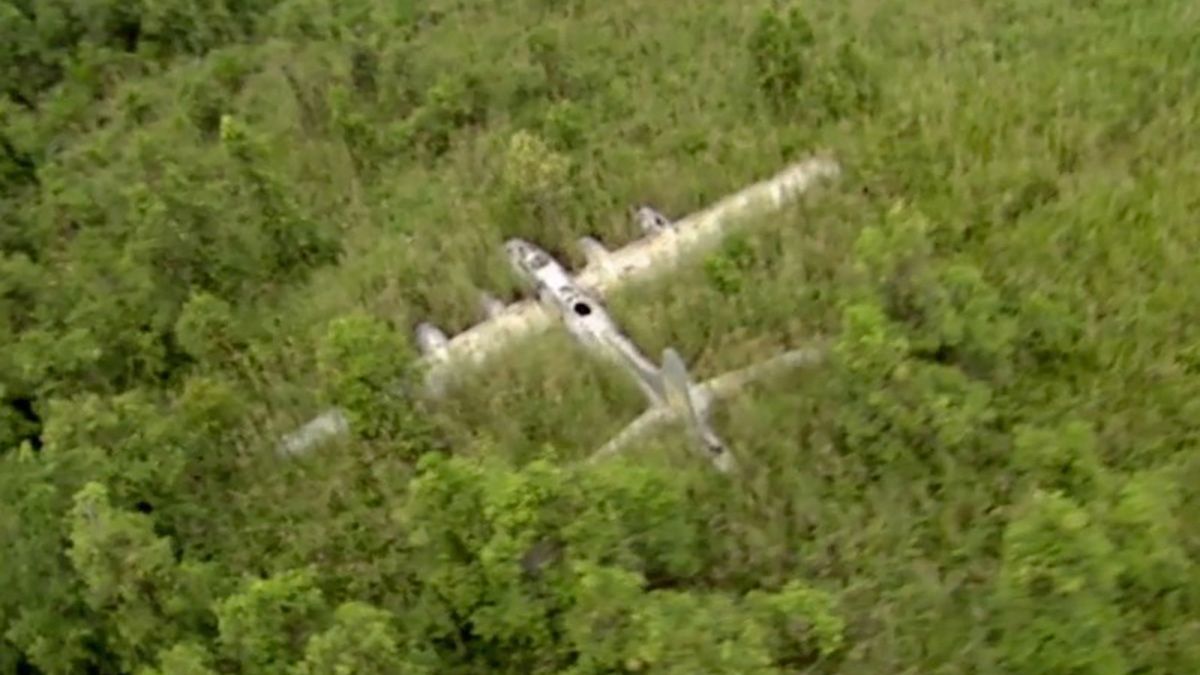 Image Via Skip and Giggle

Claim:
A Boeing B-17E bomber from World War II was found in the jungle with coffee still in thermoses.
Rating:

Since at least early 2021, an online advertisement displayed the following words: "Man Finds Plane Hidden in Jungle, But When He Looks Inside." we also found two variations that read "Experts Can't Believe Contents Inside WWII Plane" and "Decades Later Plane Found, But They Looked Inside." The ad was displayed on the Taboola advertising network. The incomplete text hinted that something interesting had been found inside a World War II airplane that later became known as "Swamp Ghost." An intriguing ad actually led to some truth for once.

Readers who clicked the ad were led to a slideshow article on a website named Skip and Giggle. The story told of a Boeing B-17E bomber from World War II that had been discovered in Papau New Guinea in 1972.

The Day the Plane Went Down

In 2010, the San Diego Union-Tribune reported that the "Swamp Ghost," a U.S. military plane, went down on Feb. 23, 1942, after being "damaged by enemy fire" and subsequently losing fuel. The incident happened "during a raid on Japanese forces at Rabaul in New Britain."

The four-engine B-17E Flying Fortress was built by Boeing in November 1941, flew from California to Hawaii days after the Japanese attack on Pearl Harbor, and then island-hopped to Australia.

Army Air Corps Capt. Fred Eaton piloted the aircraft to a belly landing in what turned out to be a swamp and the nine crewmen survived a six-week ordeal escaping the swamp and making their way to safety.

“Often in my life the courage and the perseverance that Dad and his fellow crew members demonstrated gave me courage to face some of the challenges we’ve all met in life,” said the bombardier’s son, Mike Oliver of Richmond, Va., who was born while his father was missing in action.

The Union-Tribune also noted that World War II B-17 pilot David Tallichet "started efforts to recover the plane in the 1980s, but didn’t live to see its return." Tallichet, who died in 2007, was the focus of the lengthy slideshow article that resulted from clicking the ad.

As of early 2021, the most recent satellite imagery of "Swamp Ghost's" resting place available on Google Maps was from 2002. Alternatively, readers can click to load the satellite image.

Something Discovered Inside the Airplane

As for the tease in the ad that claimed something strange had been discovered inside the downed plane, this was true.

According to a July 16, 1992, article from Ohio's Akron Beacon Journal, when the bomber was found 30 years later, coffee still remained inside thermoses in the cockpit.

The Beacon Journal reported that historian Maclaren Hiari was "crusading to have his government relinquish the 'swamp ghost,' a historic U.S. B-17E bomber so well preserved in kunai grass and mire that there was still coffee in cockpit thermoses when it was discovered."

The Union-Tribune published that the airplane had "sustained little damage in the landing" and sat "virtually undisturbed for years."

Finding a Home in Hawaii

Decades after "Swamp Ghost" had been discovered in 1972, it finally came home to the United States. In 2010, the forward fuselage was displayed in a ceremony in Long Beach, California.

In 2013, the aircraft arrived at the Pearl Harbor Aviation Museum in Oahu, Hawaii.

As of 2019, it was still "undergoing restoration."

On Sept. 11, 2020, the museum published a webinar on the history of the aircraft.

Prior to the webinar, on July 4, 2020, the History Channel aired a documentary on the decades-long story titled, "The Swamp Ghost."

In sum, it was true that a man had made a discovery inside the "Swamp Ghost" airplane after it was found in the jungle.