Masks were commonly worn during the 1918 "Spanish flu" pandemic, but this photograph doesn't show them. 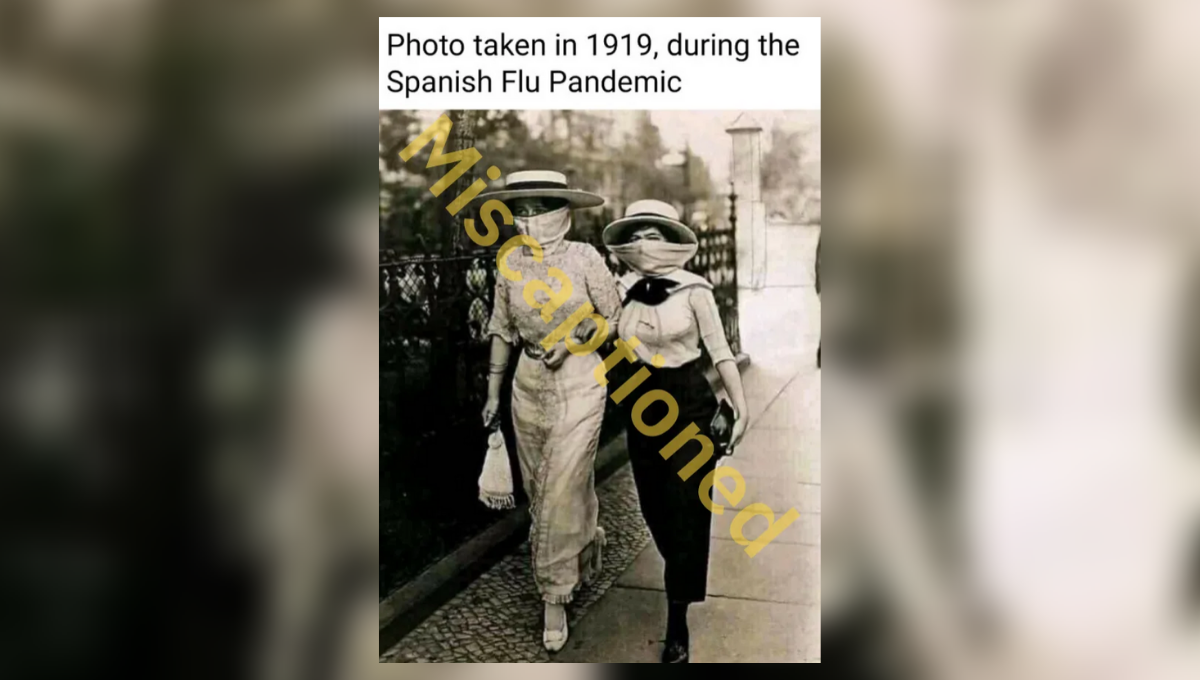 In April 2020, as the United States adjusted to new social-distancing protocols to prevent the spread of COVID-19 coronavirus disease, the above-displayed photograph started circulating on social media that supposedly showed two women wearing masks in 1919 during the "Spanish flu" pandemic.

This is a genuine photograph. However, it was not taken in 1919 during the flu pandemic, and these masks were being worn for fashion, not medical, purposes.

This image is available via Alamy and presented with the title "Ladies' fashion from 1913." That image is also attached to a description in German that explains the trend imitated traditional veils worn in Turkey.

A new, peculiar fashion has emerged from the Balkan War: women have recently been wearing the nose veil that has been used in Turkey for centuries.

Although this particular photograph shows two fashionable women, people were encouraged to wear masks during the "Spanish flu" pandemic. Here's a 1918 newspaper clipping from The Oakland Tribune announcing that police officers would start patrolling the streets to make sure people were wearing "flu masks": 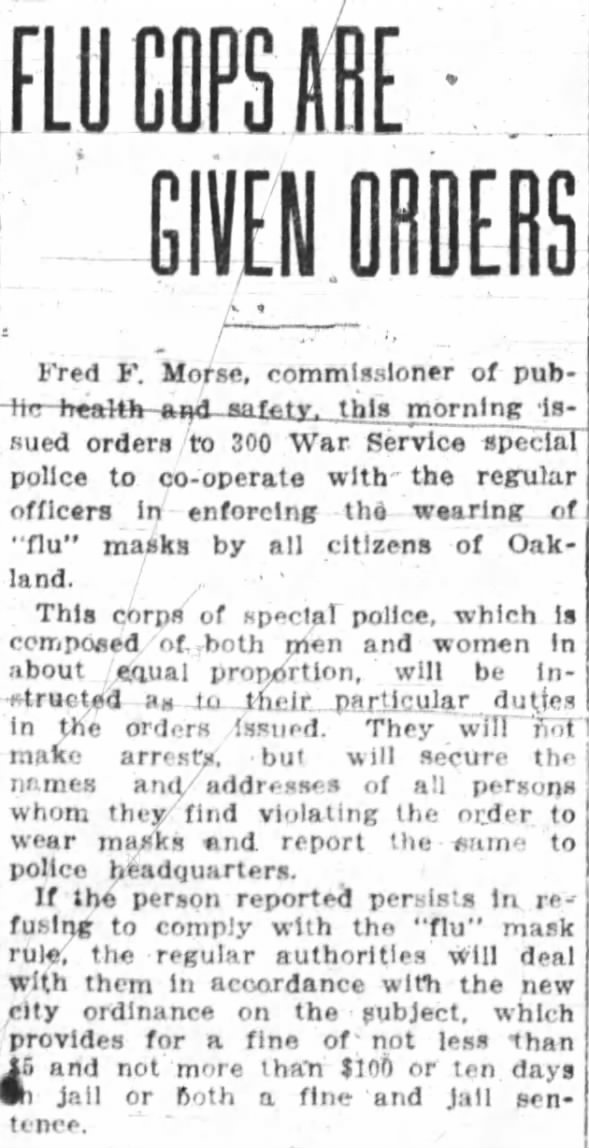 According to CNN, the United States "led the world in mask wearing" during that pandemic. In some areas of the country, such as San Francisco, citizens were required to wear masks in public.

In October 1918, as San Francisco received the pandemic's second wave, hospitals began reporting a rise in the number of infected patients.

On October 24, 1918, the city's elected legislative body, the Board of Supervisors of San Francisco, realizing that drastic action needed to be taken with over 4,000 cases recorded, unanimously passed the Influenza Mask Ordinance.

The wearing of face masks in public became mandatory on US soil for the first time.

A number of images showing this unusual time in American history can be found on Getty Images. Here are a few photographs showing police officers, sanitation workers, and everyday citizens wearing masks in an effort to prevent the spread of disease during the 1918 pandemic: An American policeman wearing a 'Flu Mask' to protect himself from the outbreak of 'Spanish flu' following World War I. (Topical Press Agency/Getty Images)