A Fox News analyst was fired from the network after attempting to revive an old, debunked smear against the late lawmaker and former prisoner of war. 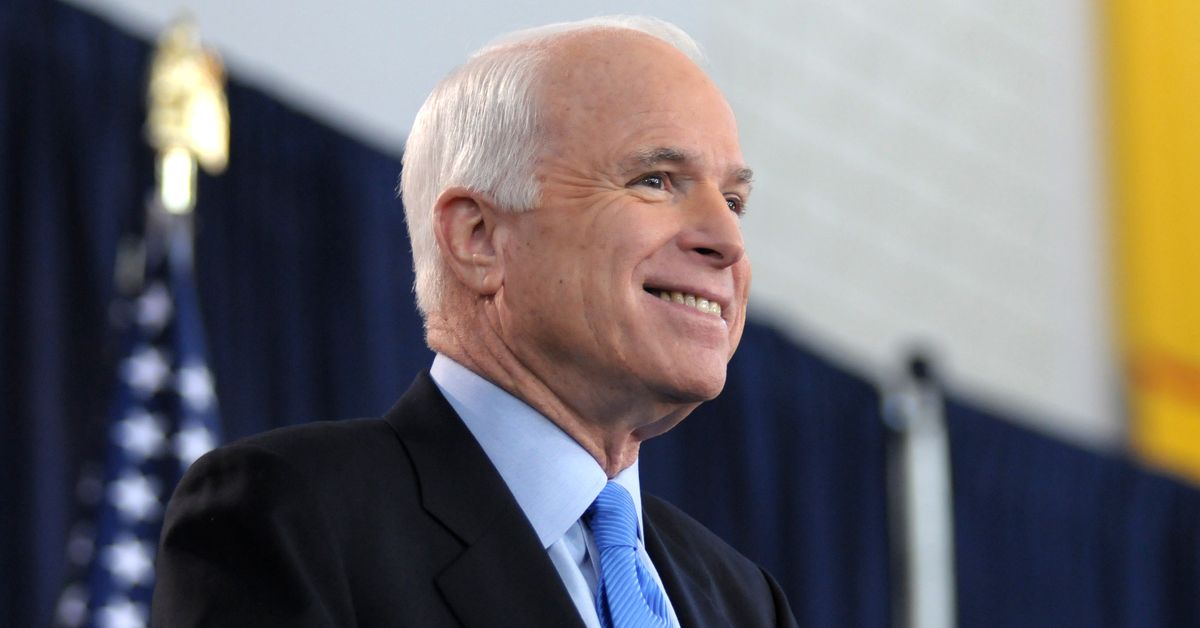 Claim:
Sen. John McCain was referred to as "Songbird John" following his imprisonment during the Vietnam War.
Rating:

A Fox News analyst was fired from the right-wing network in May 2018 after regurgitating a long-standing, long-debunked smear against Sen. John McCain (R-Arizona) and his experiences as a prisoner of war.

Retired Air Force Lt. Gen. Thomas McInerney was terminated from Fox just one day after insulting the lawmaker for opposing the nomination of Gina Haspel to head the Central Intelligence Agency. McInerney told host Charles Payne that Haspel cannot employ torture (or "enhanced interrogation") against prisoners: "The fact is, is John McCain, it worked on John. That's why they call him "Songbird John." The fact is those methods can work, and they are effective, as former Vice President Cheney said. And if we have to use them to save a million American lives, we will do whatever we have to."

The allegation that McCain was a "songbird" during his captivity originated with the group Vietnam Veterans Against McCain, which distributed a flyer to media outlets in South Carolina during his 2008 campaign for the Republican Party's presidential nomination.

The flyer reportedly referred to him as a "Hanoi Hilton Songbird," a reference to the "Hanoi Hilton," the nickname for Hỏa Lò Prison. McCain was imprisoned there between 1967 and 1973 during the Vietnam War, and was tortured by North Vietnamese troops.

The late author Robert Timberg, who interviewed several Vietnam POWs while writing the biography John McCain: An American Odyssey, said: "I've never known of any occasion in which Sen. McCain provided the North Vietnamese with anything of value."

Rolling Stone magazine reported in October 2008 that McCain was quoted in a North Vietnamese newspaper story as saying that the war was "moving to the advantage of North Vietnam and the United States appears to be isolated."

The magazine also reported that McCain provided "the name of his ship, the number of raids he had flown, his squadron number and the target of his final raid" and that he was tortured for a two-year period (as opposed to the entirety of his time in Hỏa Lò). However, the magazine added, "it is difficult to judge McCain's experience as a POW; throughout most of his incarceration he was the only witness to his mistreatment."

The duo has been cited as sources by right-wing blogs pushing the claim that McCain was a "songbird." Sampley also called McCain a "Manchurian Candidate," but as the Phoenix New Times reported in 1999, "Sampley offers no credible proof of these allegations, other than quotes from unnamed former POWs and suggestions that the Vietnamese still have film of McCain's activities in the prison camps."

Questionable and conspiracy-minded blogs have also tried very hard to promote the false claim that McCain was to blame for the July 1967 fire aboard the USS Forrestal that ended with the deaths of 134 sailors and injuries to McCain and 160 other service members.

McInerney's remark came after McCain encouraged fellow senators to reject Haspel, who was allegedly the person in charge of a CIA "black site" during the waterboarding of a prisoner, Abd al-Rahim al-Nashiri. The network reportedly said that he would not be asked to appear with them again.

In a statement, McCain -- who chaired the Senate Armed Services Committee, said: "I believe Gina Haspel is a patriot who loves our country and has devoted her professional life to its service and defense. However, Ms. Haspel's role in overseeing the use of torture by Americans is disturbing. Her refusal to acknowledge torture's immorality is disqualifying. I believe the Senate should exercise its duty of advice and consent and reject this nomination."

We contacted McCain's office seeking comment but did receive a response. On 10 May 2018, Payne posted an apology on Twitter to the since-deceased senator and his family: "I regret I did not catch this remark, as it should have been challenged," Payne said. "As a proud military veteran and son of a Vietnam Vet these words neither reflect my or the network’s feelings about Senator McCain, or his remarkable service and sacrifice to this country."

The remark harkened back to the long-running series of clashes between McCain and President Donald Trump. In July 2015, then-candidate Donald Trump said of the lawmaker, "He's not a war hero. He was a war hero because he was captured. I like people who weren't captured."

McCain, John.   "Statement by SASC Chairman John McCain on the Nomination of Gina Haspel to be Director of the CIA."     9 May 2018.