Did the Virginia Shooter Wear a MAGA Hat and Have a 'Trump 2020' Bumper Sticker?

Motivations for the attack are still unclear. 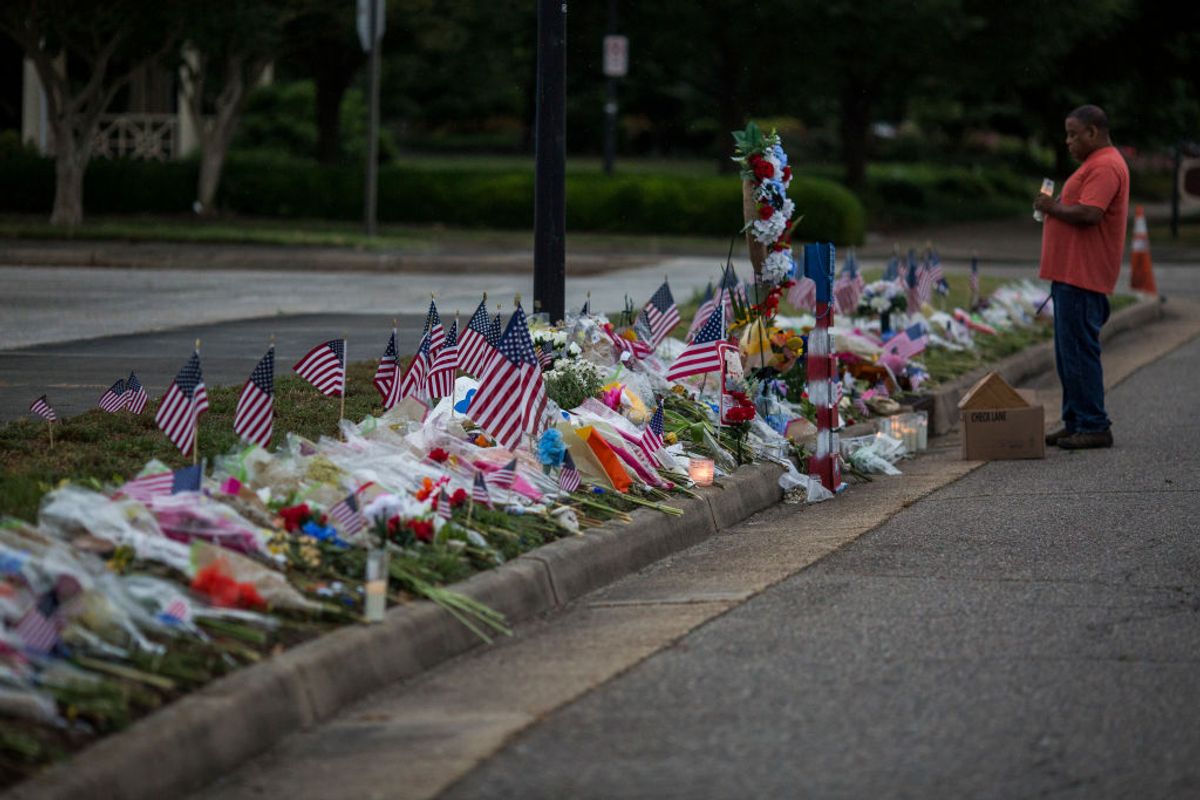 Claim:
The June 2019 Virginia Beach shooter wore a MAGA hat and had a "Trump 2020" bumper sticker on his car.
Rating:

Political partisans often rush to social media in the wake of a mass shooting with unfounded claims, memes, and half-baked theories attempting to show how the "other side" was responsible for the violence. In June 2019, after a 40-year-old man shot and killed a dozen people in a municipal building in Virginia Beach, Va., a pair of rumors concerning his political affiliations were circulated on social media.

The first rumor held that DeWayne Craddock was a "black Muslim", a claim we covered here. The other rumor, which we'll examine below, maintained that he was a supporter of U.S. President Donald Trump, wore a "Make America Great Again" (MAGA) hat, and had a "2020 Trump" bumper sticker on his car: We found no basis for this claim, and the Facebook user who spread this rumor provided no news reports or any other documentation to support the assertion. When pressed in the comments to provide a source, the user responded with a mocking message imitating Trump's speech pattern:

As of this writing, little is known about what motivated the Virginia Beach shooter. He didn't appear to have any social media presence, and he also didn't post any sort of manifesto online explaining his reasons for the attack.

Police Chief James Cervera told USA Today that "police don't have a motive at this point for the attack." Law enforcement have not indicated that Craddock's politics, or his religion for that matter, played a role in the shooting:

Just why Craddock opened fire at the city’s Department of Public Utilities Building 2, part of a sprawling municipal complex, where he held a mid-level engineering job for 15 years, remained a mystery a day after the massacre.

He had not been fired, as some early reports had claimed; he left no explanatory note or online manifesto. In fact, he apparently shunned social media.

He had no criminal record, other than a few traffic violations — and both the firearms he used Friday were legally obtained, officials said.