No information is yet publicly known about the motive for the deadly mass shooting, but authorities have not classified the incident as terror-related. 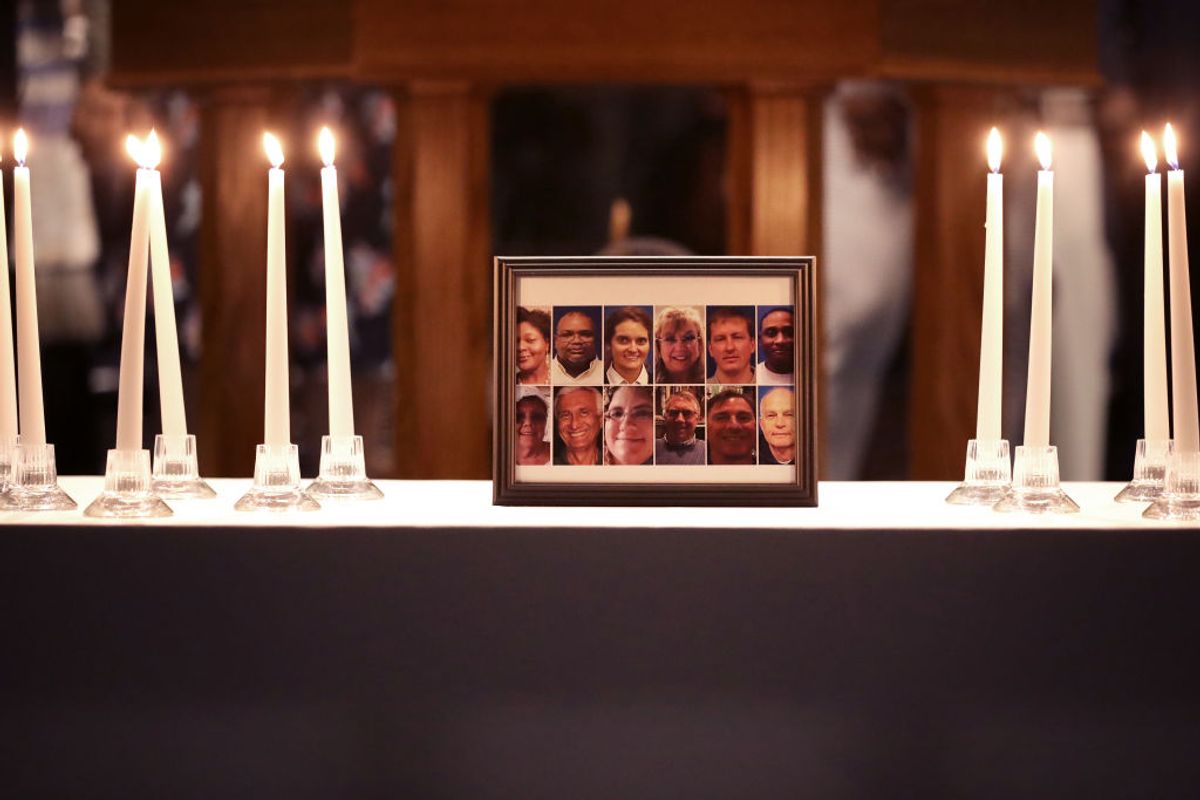 Claim:
The Virginia Beach shooter was a "black Muslim" Democrat, and the "MSM" are not reporting it.
Rating:

In early June 2019, social media users shared a meme reporting that the Virginia Beach city engineer who killed 12 people in a 31 May 2019 mass shooting was a "black Muslim": The suspect in the attack, DeWayne Craddock, was wounded in a shoot-out with police and later died of his injuries, but not before he killed 12 people at a Virginia Beach municipal building, 11 of whom were his colleagues in the city's public works and public utilities departments.

The meme followed a pattern of attempting to assign a politically convenient motive to a mass shooting before any motive had yet been made public.

Little is openly known about why Craddock, 40, opened fire on his co-workers at about 4 p.m. in the Friday afternoon workplace massacre. The motive for the rampage is currently under investigation, although what is known is that the suspect had emailed a resignation letter that morning — a muted two-week notice that said he was leaving his post for "personal reasons."

Virginia Beach City Manager Dave Hansen said Craddock wasn't facing any disciplinary actions at his job and was in "good standing" as an employee. Authorities reported that Craddock used a .45-caliber handgun with a silencer, and as a city employee had access to three levels of the building where he killed a dozen people.

Virginia Beach Police Chief Jim Cervera stated at a press conference that during the protracted gun battle with police in which he was fatally wounded, Craddock didn't make any statements or engage verbally with officers.

Craddock's faith has not been made public, but no evidence released so far suggests the shooting was motivated by his religious or political views, nor has the incident been categorized by authorities as terror-related. The idea that such a motive would be hidden by the "MSM" (the so-called mainstream news media) defies reality, as the news media widely report when terrorism is a suspected motivation for violence.

Unclear is whether the suspect had any children, and if he did, how many. When interviewed by reporters, his neighbors described Craddock as having lived alone. The Washington Post reported that he was married but divorced in 2017. The Post, citing court records, observed that the couple had two dogs kept by Craddock's ex-wife, but it didn't say they had any children.

Although the massacre remains under investigation as of this writing, it's not the first time a mass shooting has left open the question of motive. Authorities were unable to determine a reason for the 1 October 2017 mass shooting at a music concert in Las Vegas that left 58 dead and hundreds injured.

It's also hardly the first time Muslims have been baselessly blamed for a high-profile disaster. In April 2019, when the Notre Dame cathedral in Paris caught fire, internet conspiracy theorists attempted to point the finger at imagined Muslim culprits, even though evidence pointed to accidental causes.