No, Tucker Carlson Didn't Ask if Dead Bodies of Ukrainian Civilians Were ‘Staged’

Clips from the Fox News host's show have been shown on Russian state television in the past. 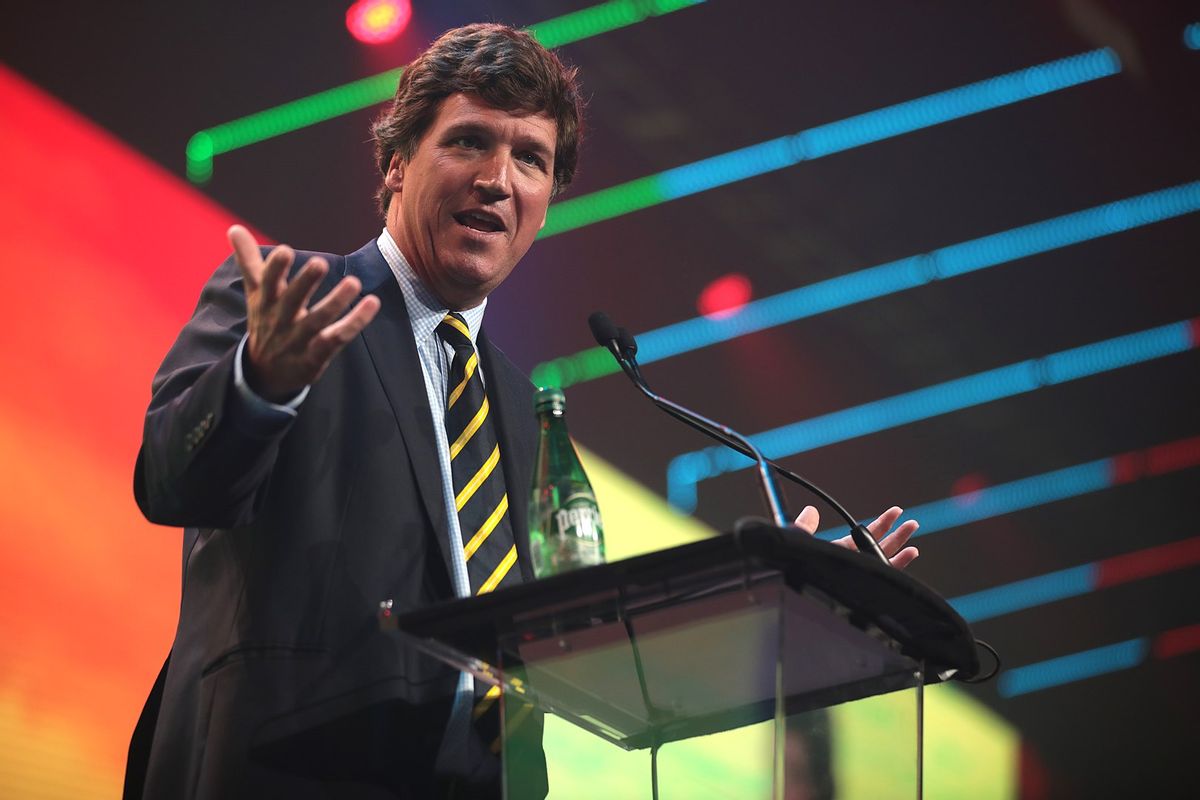 Claim:
Fox News host Tucker Carlson asked, “What if these bodies of tortured, dead civilians were staged? What if they’re fake? What if the Ukrainian military killed them & then blamed Russia?"
Rating:

While Tucker Carlson has often hedged his language about Russian President Vladimir Putin and his invasion of Ukraine, the Fox News host did not pose a question casting doubt on the reality of Russian atrocities, despite its being attributed to him in a recent viral tweet.

When the tweet claiming Carlson asked on his show if the “bodies of tortured, dead [Ukrainian] civilians were staged,”  many who read it assumed he had, in fact, done so. The tweet was posted by Joe Walsh, former Republican presidential candidate and radio host:

Carlson has never said this. Walsh later confirmed that he made the quote up in order to make a point about Carlson and his soft-handed approach to Russia:

Russian state television has occasionally aired clips of Carlson, largely because he was known for expressing sympathetic views on Putin. In February 2022, for example, Carlson questioned the White House’s animosity towards Putin, saying:

[...] it might be worth asking yourself, since it is getting pretty serious: What is this really about? Why do I hate Putin so much? Has Putin ever called me a racist? Has he threatened to get me fired for disagreeing with him? Has he shipped every middle-class job in my town to Russia? Did he manufacture a worldwide pandemic that wrecked my business and kept me indoors for two years? Is he teaching my children to embrace racial discrimination? Is he making fentanyl? Is he trying to snuff out Christianity? Does he eat dogs?

These are fair questions, and the answer to all of them is no. Vladimir Putin didn’t do any of that. So why does permanent Washington hate him so much?

Satellite images taken of Bucha, a town in Ukraine, while it was occupied by Russian forces showed the bodies of dead civilians in the street. The Ukrainian government has accused Russian forces of carrying out a massacre in Bucha. Ukrainian forces retook the town in late March 2022.

Given that Carlson did not pose the question attributed to him, and the original author of the claim admitted it was fabricated to make a point, we rate the claim as “False.”