Were Clips of Tucker Carlson Being Aired on Russian TV? 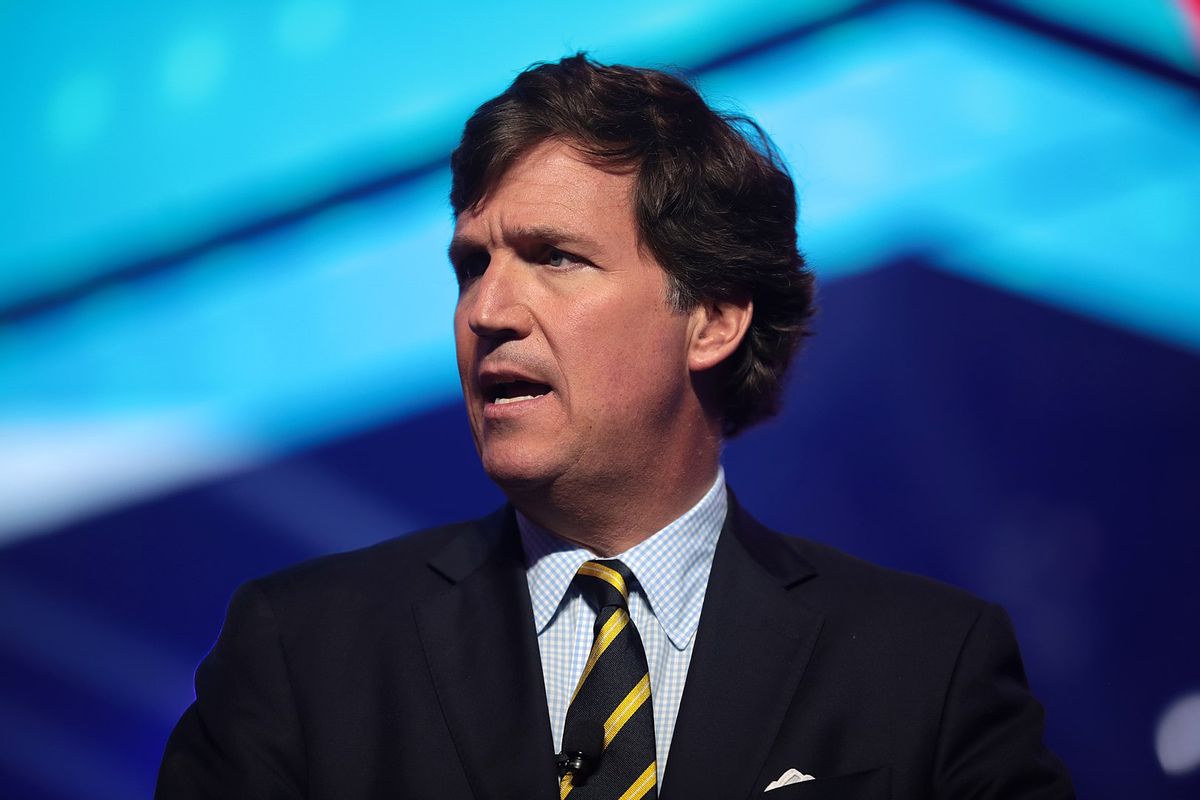 When Fox News host Tucker Carlson defended Russian President Vladimir Putin on his program, his viewers may not have imagined it would be used by Russian state television to help bolster that country's case for attacking Ukraine. But that is exactly what happened.

Carlson spent a number of segments criticizing U.S. President Joe Biden and the Ukrainian government, and then often defending Putin, clips that have become fodder for Russian television. On Feb. 17, 2022, for example, he said:

And of course, they're promoting war, not to maintain the democracy that is Ukraine. Ukraine is not a democracy. It has never been a democracy in its history and it's not now. It's a client state of the Biden administration. It's a place in which opposition media and opposition political candidates are completely shut down by the government. Is not a democracy at all. And it's insulting they would suggest otherwise.

That same clip was aired on Russia 1, a state television channel, with a translation.

ORT or Channel 1 Russia, broadcast a clip of Carlson in which he showed U.S. Sen. Richard Blumenthal telling MSNBC about the need to supply missiles to Ukraine. The clip cuts to Carlson laughing and saying, “So that guy, who lied about his own war service, is pretty excited at the thought of Ukrainians fighting and dying in the streets.”

Even RT, another Russian-backed television channel, has been using Carlson’s perceived defense of Putin from his Feb. 23 show. RT published an article about him on its website, titled, “Tucker Carlson wonders why U.S. elites hate Putin.” The article begins with: “Tucker Carlson, a popular Fox News host who often questions Washington’s rationale for confronting Russia, has doubled down on his ‘why should I care’ position regarding Ukraine.”

In the segment, Carlson said:

Since the day that Donald Trump became president, Democrats in Washington have told you it's your patriotic duty to hate Vladimir Putin. It's not a suggestion. It's a mandate. Anything less than hatred for Putin is treason.

Many Americans have obeyed this directive. They now dutifully hate Vladimir Putin. Maybe you're one of them. Hating Putin has become the central purpose of America's foreign policy. It's the main thing that we talk about. Entire cable channels are now devoted to it. Very soon, that hatred of Vladimir Putin could bring the United States into a conflict in Eastern Europe.

Before that happens, it might be worth asking yourself, since it is getting pretty serious: What is this really about? Why do I hate Putin so much? Has Putin ever called me a racist? Has he threatened to get me fired for disagreeing with him? Has he shipped every middle-class job in my town to Russia? Did he manufacture a worldwide pandemic that wrecked my business and kept me indoors for two years? Is he teaching my children to embrace racial discrimination? Is he making fentanyl? Is he trying to snuff out Christianity? Does he eat dogs?

These are fair questions, and the answer to all of them is no. Vladimir Putin didn't do any of that. So why does permanent Washington hate him so much?

RT compared Carlson’s approach to that of more liberal MSNBC: “Earlier this week, pro-Democratic Party channel MSNBC ran a segment that lamented Carlson’s impact on US foreign policy through his ability to whip up isolationist sentiments in the voter base – 'the way he can change the tide for otherwise-fascistic leaders,' as host Alex Wagner put it, referring to Putin and to Hungarian Prime Minister Viktor Orban.” The article also pointed out that MSNBC “is currently experiencing a drop in viewer numbers after its star host, Rachel Maddow, went on an extended break [and] prefers to invite interviewees such as Republican arch-hawk John Bolton to comment on Ukraine.”

RT reportedly aired the same clip of Carlson stating the above, with Russian subtitles:

On Feb. 23, the Russian Television and Radio channel aired the same clip of Carlson, where he questions American’s hatred of Putin:

But Carlson has been popular on Russian state television even before the invasion. A Jan. 30, 2022, CNN segment looked into Carlson’s presence on Russian channels:

Since his recent clips aired on Russian television, Carlson has toned down his rhetoric, saying on Feb. 24:

Vladimir Putin started this war so whatever the context of the decision that he made, he did it. He fired the first shots. He is to blame for what we're seeing tonight in Ukraine. The question is, once we've established that and it's obvious, how should the United States respond to what he has done?

So, within minutes of the outbreak of the war last night, the usual liars on television began leveraging this tragedy for partisan political gain. If you ever watch the aftermath of the school shooting, you're familiar with how they behave. It's contemptible, but we're going to ignore it tonight because there is too much else going on that actually matters and the main thing that matters in any crisis is deciding what's most important, creating a hierarchy of concern.
[...]
Again, what Russia has done is awful, but we can still make it worse.

On Mar. 16, 2022, videos from Russian media that we posted here on Feb. 25, are no longer available. However, MSNBC also reported on Carlson's coverage in Russian media on March 14, 2022, saying he was being promoted "as much as possible":

Given the number of available clips of Russian channels sharing Carlson’s show, we therefore rate this claim as “True.”

Carlson, Tucker. “Americans Have Been Trained to Hate Putin, and Will Suffer Because of It.” Fox News, 23 Feb. 2022, https://www.foxnews.com/opinion/tucker-carlson-hate-putin-americans-suffer. Accessed 25 Feb. 2022.