Did Trump Say Election Fraud Allows for 'Termination' of US Constitution? 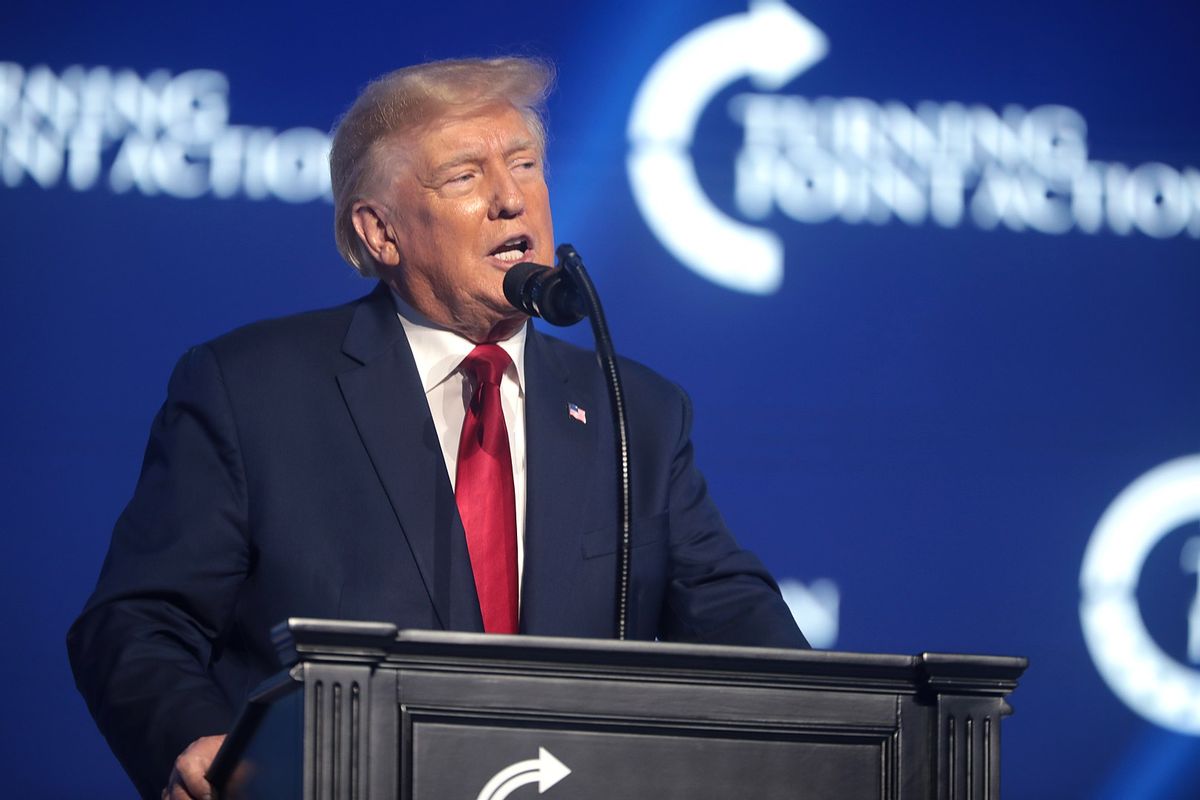 Claim:
After repeating his claim that the results of the 2020 presidential election were "fraudulent," former U.S. President Donald Trump wrote on Truth Social on Dec. 3, 2022: “A Massive Fraud of this type and magnitude allows for the termination of all rules, regulations, and articles, even those found in the Constitution.”
Rating:

In a Truth Social post on Dec. 3, 2022, Trump repeated his claim that the 2020 election results were fraudulent, and argued that this allows "for the termination of all rules, regulations, and articles, even those found in the Constitution." Many interpreted this to mean he had called for a termination of the Constitution. Trump later denied this, arguing that he meant "steps must be immediately taken to RIGHT THE WRONG" of election fraud.

In early December 2022, former U.S. President Donald Trump continued his election denialism push and called for the termination of the Constitution, among other "rules and regulations," in order to reinstate him to power. Trump's controversial comments were posted on Truth Social on Dec. 3, after a report came out detailing Twitter's deliberations leading up to its decision to suppress links to a 2020 article in the New York Post describing emails allegedly found on a laptop computer belonging to Hunter Biden, then-Democratic presidential candidate Joe Biden's son.

So, with the revelation of MASSIVE & WIDESPREAD FRAUD & DECEPTION in working closely with Big Tech Companies, the DNC, & the Democrat Party, do you throw the Presidential Election Results of 2020 OUT and declare the RIGHTFUL WINNER, or do you have a NEW ELECTION? A Massive Fraud of this type and magnitude allows for the termination of all rules, regulations, and articles, even those found in the Constitution. Our great "Founders" did not want, and would not condone, False & Fraudulent Elections!

Following Trump's statement, numerous politicians across both parties criticized him, but many Republicans continued to express loyalty towards Trump, who had announced in November that he would make another bid for the presidency in 2024. House Minority Leader Kevin McCarthy had not commented on Trump's statement as of this writing.

"Attacking the Constitution and all it stands for is anathema to the soul of our nation and should be universally condemned," White House spokesperson Andrew Bates said.

Republican Rep. Liz Cheney wrote on Twitter: "Donald Trump believes we should terminate 'all rules, regulations and articles, even those found in the Constitution' to overturn the 2020 election. That was his view on 1/6 and remains his view today. No honest person can now deny that Trump is an enemy of the Constitution."

The "Twitter Files" were released as a thread on writer Matt Taibi's Twitter account, and given to him by Elon Musk's team. The thread described Twitter's decision to limit access to a New York Post article, published weeks before the 2020 presidential election, that alleged Hunter Biden tried, in 2015, to arrange a meeting between his father and an executive at a Ukrainian company that Hunter worked for.

Trump did not explain what he meant by that statement but on Dec. 5, 2022, he posted a follow-up denying he called to "terminate" the Constitution. He wrote:

The Fake News is actually trying to convince the American People that I said I wanted to "terminate" the Constitution. This is simply more DISINFORMATION & LIES, just like RUSSIA, RUSSIA, RUSSIA, and all of their other HOAXES & SCAMS. What I said was that when there is "MASSIVE & WIDESPREAD FRAUD & DECEPTION," as has been irrefutably proven in the 2020 Presidential Election, steps must be immediately taken to RIGHT THE WRONG. Only FOOLS would disagree with that and accept STOLEN ELECTIONS. MAGA!

In sum, Trump posted on Truth Social that, what he believed to be, election fraud in the 2020 presidential election allows "for the termination of all rules, regulations, and articles, even those found in the Constitution." For that reason, we rated this claim "Correct Attribution."

Some onlookers of the Truth Social post interpreted the statement to mean that he was calling for the termination of the Constitution. After that, Trump issued a follow-up statement denying that claim, arguing that, in the original Truth Social post, he meant "steps must be immediately taken to RIGHT THE WRONG" of election fraud.

Collinson, Stephen. "Trump's Call to Terminate the Constitution Is a Fantasy, but It's Still Dangerous | CNN Politics." CNN, 5 Dec. 2022, https://www.cnn.com/2022/12/05/politics/donald-trump-constitution-analysis/index.html.

Dec. 5, 2022: This article was updated to include a follow-up statement from Trump in which he denied calling for the termination of the Constitution.