Did Trump Issue This Statement About FBI Raid of His Mar-a-Lago Home?

The statement compared the actions of FBI agents to that of operatives who "broke into the Democrat National Committee" during the 1972 Watergate scandal. 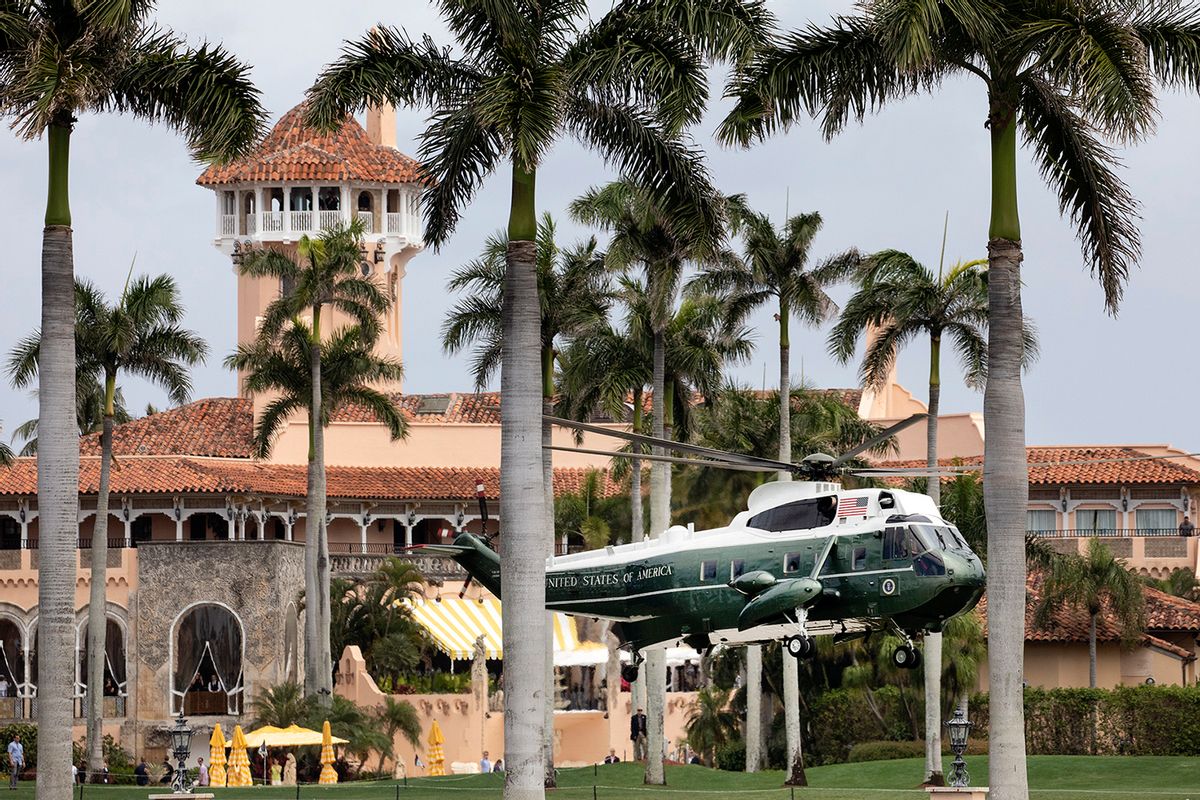 Claim:
Former U.S. President Donald Trump issued a statement that went viral on Aug. 8, 2022, about an FBI raid of his Mar-a-Lago home.
Rating:

Trump's Truth Social account and political action committee released the statement, which began, "These are dark times for our Nation," and compared the actions of FBI agents to that of operatives who "broke into the Democrat National Committee" during the 1972 Watergate scandal.

Former U.S. President Donald Trump issued a statement on Aug. 8, 2022, that said the FBI had raided his Mar-a-Lago home in Palm Beach, Florida, and “broke into” his safe. The full statement spread across social media, including on Twitter and Reddit.

The statement was released by his political action committee, according to National Public Radio, and posted on Truth Social by Trump's official account, @realDonaldTrump. The statement read, in part:

These are dark times for our Nation, as my beautiful home, Mar-A-Lago in Palm Beach, Florida, is currently under siege, raided, and occupied by a large group of FBI agents. Nothing like this has ever happened to a President of the United States before. After working and cooperating with the relevant Government agencies, this unannounced raid on my home was not necessary or appropriate. It is prosecutorial misconduct, the weaponization of the Justice System, and an attack by Radical Left Democrats who desperately don't want me to run for President in 2024, especially based on recent polls, and who will likewise do anything to stop Republicans and Conservatives in the upcoming Midterm Elections. Such an assault could only take place in broken, Third-World Countries. Sadly, America has now become one of those Countries, corrupt at a level not seen before. They even broke into my safe! What is the difference between this and Watergate, where operatives broke into the Democrat National Committee? Here, in reverse, Democrats broke into the home of the 45th President of the United States.

Law-enforcement sources told ABC News that they indeed conducted a search of the property at 10 a.m. on Aug. 8. However, the FBI and U.S. Department of Justice (DOJ) declined to comment on the matter, as of this writing.

Trump’s son, Eric, spoke to Fox News about the raid: “The purpose of the raid was, from what they said, was because the National Archives wanted to corroborate whether or not Donald Trump had any documents in his possession. And my father has worked so collaboratively with them for months. In fact, the lawyer that's been working on this was totally shocked. He goes, 'I have such an amazing relationship with these people and all of a sudden, on no notice, they send 20 cars and 30 agents?'”

In the past, similar-looking statements have surfaced on social media and been falsely attributed to Trump. After he was banned from some social media platforms after the Jan. 6, 2021, attack on the U.S. Capitol, Trump typically released statements through email or Truth Social, then members of the media shared the messages to mainstream social media sites such as Twitter. That chain of communication meant many onlookers encountered real statements by the former president from secondary sources (like journalists’ tweets) and digital creations of fake statements blended in well with those genuine messages.

However, the statement about the FBI raid was not one of those fabrications. Kaitlan Collins, CNN’s White House correspondent, tweeted the full message, which compared the actions of FBI agents to that of "operatives [who] broke into the Democrat National Committee" during the 1972 Watergate scandal and raised accusations against Trump's political rivals, particularly Hillary Clinton.

The raid occurred as part of an investigation into whether Trump took classified records from the White House to his Mar-a-Lago residence. It also took place amid a separate grand jury investigation into efforts to overturn the results of the 2020 presidential election. The DOJ began investigating after the National Archives and Records Administration said it received 15 boxes of White House records, including documents containing classified information, from Mar-a-Lago in January 2022. The National Archives said Trump should have turned over that material upon leaving office, and requested that the DOJ investigate.