Was This Photograph Taken at a Trump Protest?

An image from a gay pride parade in New York was shared on social media as if it showed people at a protest against President Trump. 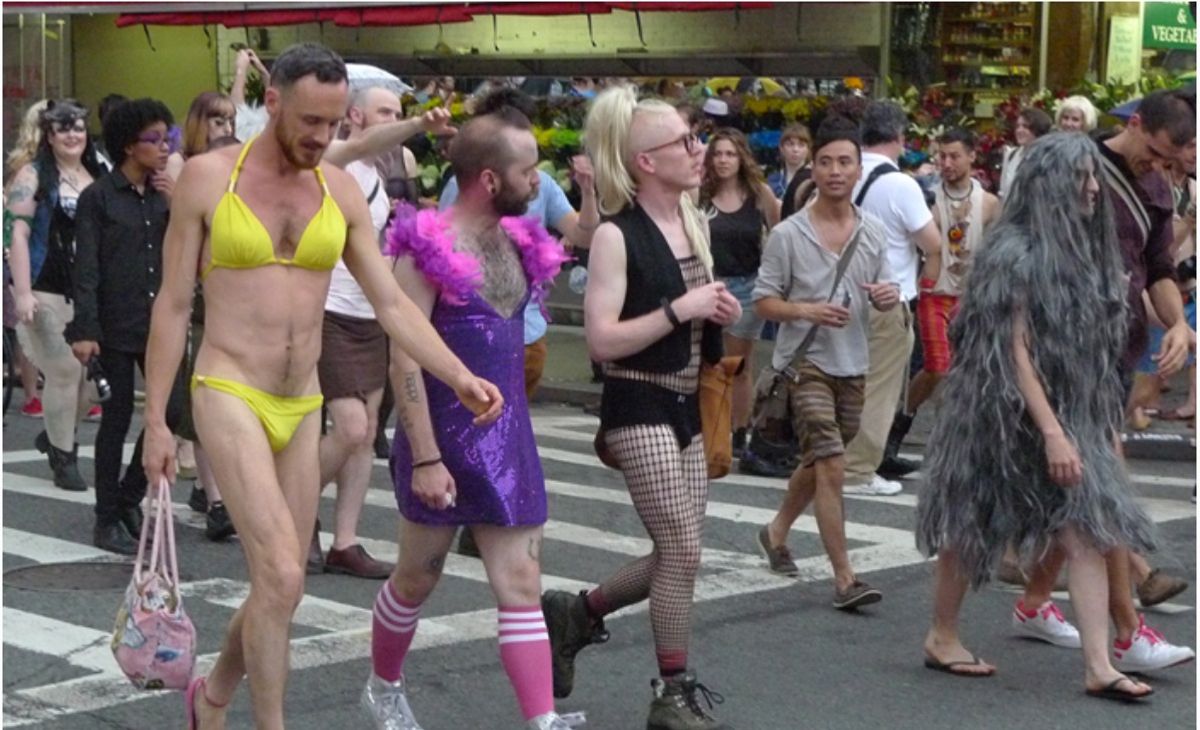 Claim:
A photograph shows a group of unusually dressed people at a protest against President Trump.
Rating:

When a meme contains the phrase "you can't make this up," there's a pretty good chance that it's promoting a bit of fake news.

In September 2018, we came across a meme featuring a photograph of a group of unusually dressed people walking down the street (including a man in a yellow bikini and heels), offered with the claim that the pictured people were protesting President Trump because, they assert, he is "mentally unstable": This meme insinuated that the alleged protesters were actually the "mentally unstable" ones, evidenced by their unusual choice of attire. The result was offered as a promotion for the #walkaway movement, an online campaign pushed by conservatives (and occasionally Russian bots) to encourage Democrats to "walk away" and leave the Democratic party.

However, this photograph doesn't actually show anyone protesting against President Trump.

This image has been online since at least 2013 (long before Donald Trump was elected president), when it was included in an article on the Swedish blog Aftonbladet. New York-based reporter Lotta Zachrisson explained in the caption for the photograph that it captured a small parade of "transvestites" on the day before New York City's official annual gay pride parade.

This isn't the first time that this homophobic tactic has been employed by online trolls. In January 2018, an image from a 2010 gay pride parade in Germany was similarly shared as if it depicted a group of "mentally unstable" people protesting President Trump in the United States.