Is This a Photograph of 'Liberals' Protesting Against Donald Trump?

An image from a 2010 gay pride parade in Germany was shared as if it showed liberals protesting against Donald Trump in the United States. 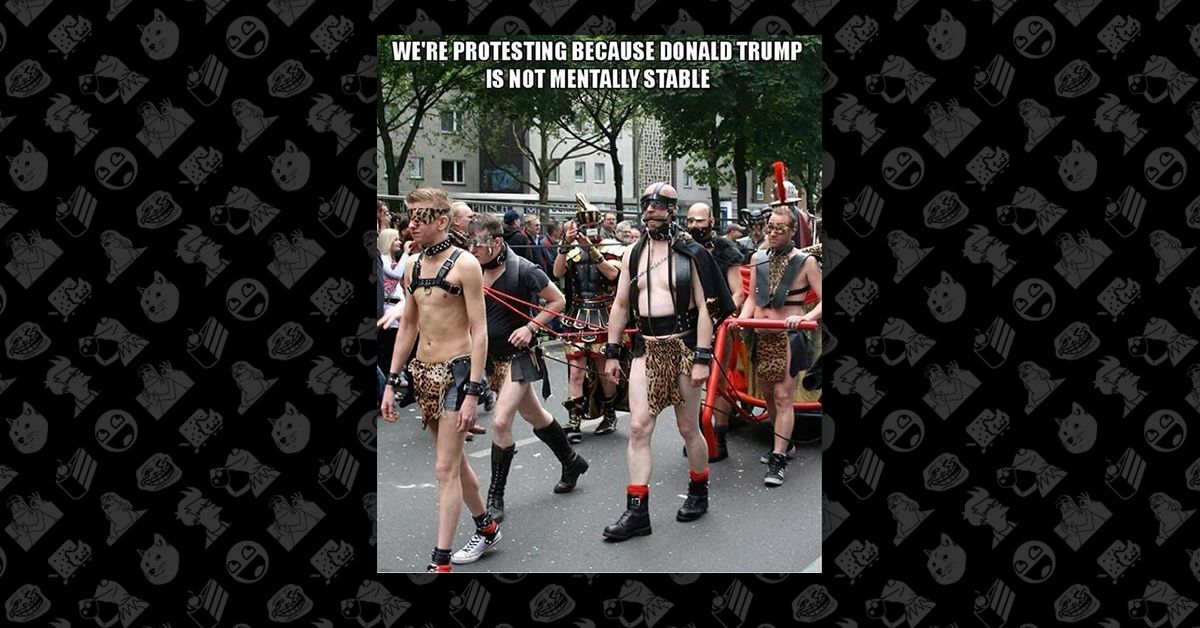 Claim:
An image shows a group of liberals in the U.S. protesting Donald Trump.
Rating:

A meme purportedly showing a group of people protesting against President Trump because he is "not mentally stable" was posted to the Facebook page "Overpass America" in April 2018: This image is frequently shared with text that includes denigrating comments about "freaks" (who are equated with "liberals") and suggestions that the pictured "protest" was staged somewhere in the United States. One Twitter user compared the image to a "typical" protest in Portland, Oregon: "This is a typical #PDX #Oregon #Portland #Portlandia protest in my home city; "we are protesting because #Trump is not mentally stable" #Trump2020 deal with it snowflakes #tcot #LNYHBT #tlot #vets #NRA #TeaParty"

In fact, this photograph does not depict a group of "liberals," a protest against Donald Trump, nor an event that occurred in the United States.

This image was taken in June 2010 by Flickr user "wozischra" and captured a gay pride parade taking place in Berlin, Germany. In other words, this photograph has nothing at all to do with American politics and originated several years before Donald Trump became president of the United States.

The earliest posting of this meme that we could uncover dates from January 2018. At that time, the book Fire and Fury had raised new concerns over President Trump's mental fitness, stating that multiple members of the Trump administration were concerned that the chief executive's "mental powers were slipping." This meme was possibly created in response to that claim.