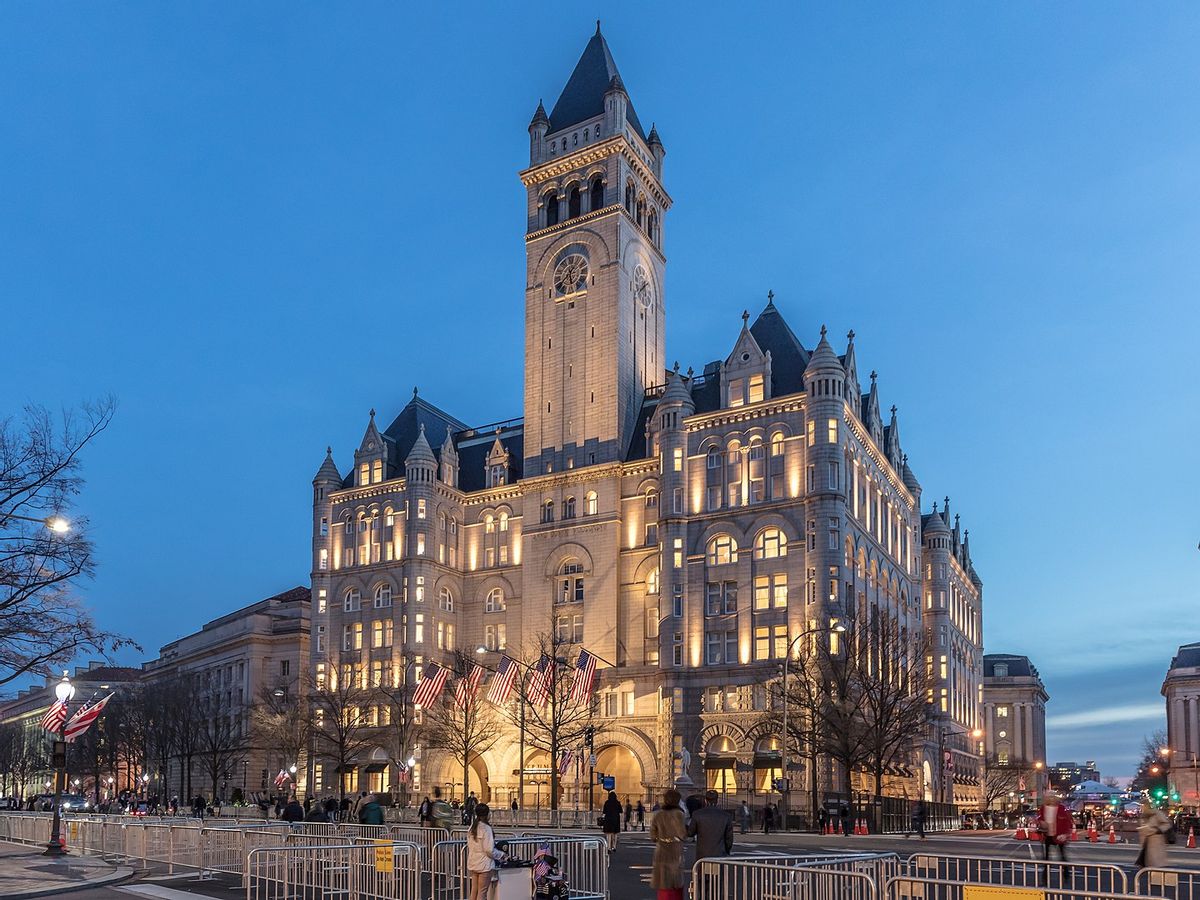 Claim:
Former U.S. President Donald Trump offered rooms in Trump International Hotel in Washington, D.C., to members of the National Guard who had been relocated to a parking garage from the U.S. Capitol after Inauguration Day in January 2021.

On Jan. 25, 2021, Snopes readers asked about reports circulating that National Guard troops were given permission by former U.S. President Donald Trump to stay at the Trump International Hotel after the inauguration of President Joe Biden in Washington, D.C.

A story by conservative media outlet One America News Network claimed that Trump gave thousands of National Guard troops permission to stay at the Trump International Hotel after Capitol police "kicked them out" of the Capitol after the inauguration. They cited an "adviser" who told them that after troops were forced to rest in a parking garage, Trump "stepped in by informing the troops they could stay at his luxury hotel near the Capitol."

On Jan. 22, we covered how members of the National Guard were indeed temporarily relocated for their rest to a parking garage near the Capitol. After an outcry from both Republican and Democratic lawmakers, the soldiers were moved back to the Capitol. According to officials with the D.C. National Guard, the soldiers had hotel rooms where they could rest after a shift. But soldiers could not quickly and conveniently access their rooms as their shifts lasted just a few hours at a time and some of the hotel rooms were located in Maryland and Virginia.

On Jan. 20, Mickael Damelincourt, the managing director of Trump International Hotel, shared a video on Twitter of various police and law enforcement officers relaxing in the hotel. The video was also shared by conservative outlet Washington Examiner:

We reached out to the Trump International Hotel over the phone to ask which members of law enforcement were resting in the hotel, for how long, whether Trump himself had invited the National Guard to stay in the hotel, and whether there were members of the guard residing there. A spokesperson said the hotel was not commenting on this matter.

We also reached out to the National Guard. Nahaku McFadden, their media operations chief, told us that they were "unaware" of contracting with the Trump Hotel, whether Trump gave permission, or whether any of guard members were residing there, and said they would have to speak to their contracting office.

McFadden did share with us the process for booking hotels for soldiers of the National Guard while they were stationed around the D.C. area: "We have personnel in our contracting office who coordinate with each hotel’s appropriate representatives to sign contracts to agree on the services, pricing, etc to provide accommodations for our National Guard members. Everything must meet the guidelines of Department of Defense lodging rates and contracting requirements. This is routine procedures for when hotel accommodations are required for our members."

Until we hear from the National Guard's contracting office, we cannot authoritatively rate this claim with a traditional Snopes rating.