Is This a Genuine Photograph of President Trump Boarding Marine One?

While President Trump's fitness has been the butt of a few late night jokes, a viral image of the Commander-in-Chief was slightly distorted. 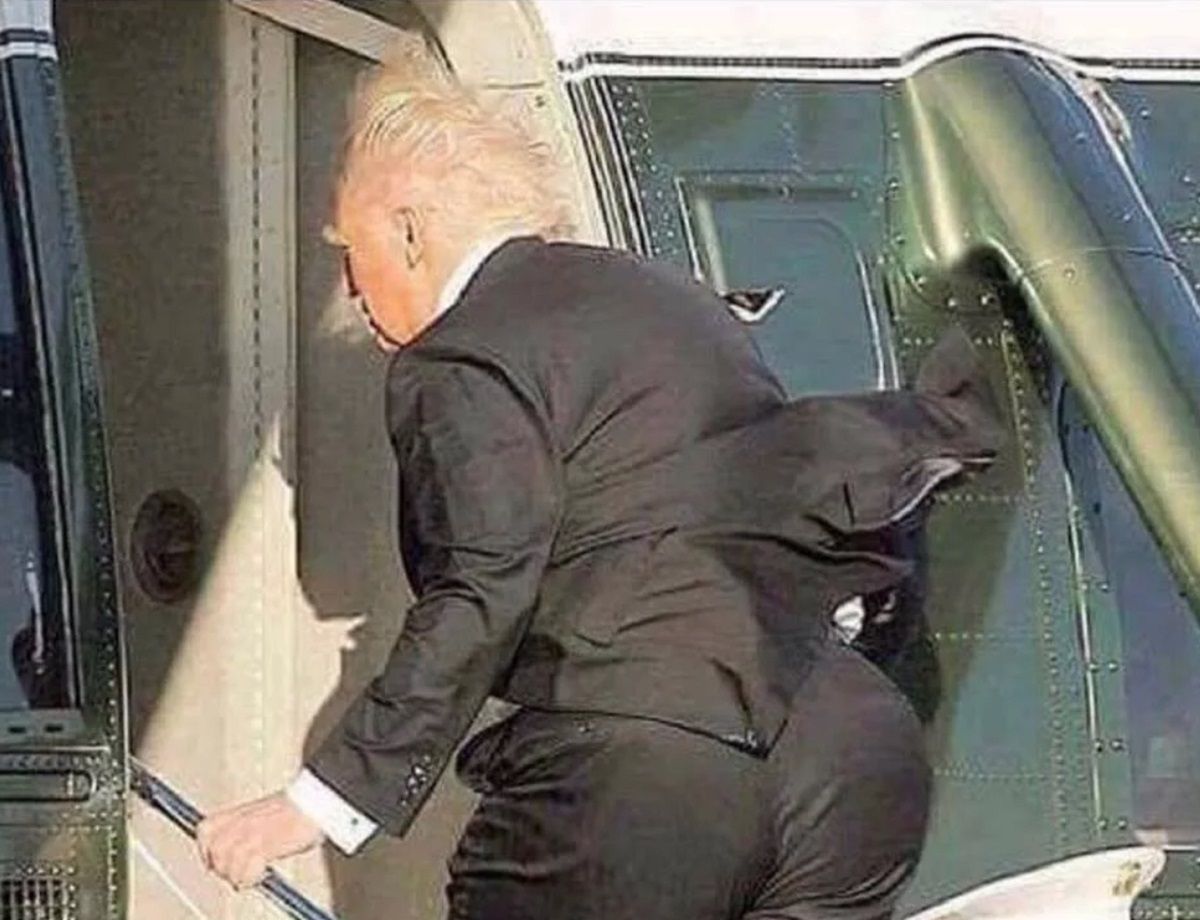 Most of the doctored images that we have come across involve major changes to the original photographs, such as turning a bag of Easter eggs into a bag of marijuana, or removing the neck of a giraffe to transform it into an oddly short animal. Some content creators, however, favor ever-so-subtle changes that can be easily missed at first glance. Take, for example, the following image of President Trump boarding Marine One (the call sign of the presidential helicopter): Although this image may look passably real at first glance, it is not a unaltered image of the Commander-in-Chief.

This is a slightly manipulated image based on a photograph taken by Reuters photographer Jonathan Ernst on 26 January 2017 as President Trump boarded the Marine One helicopter at Joint Base Andrews in Maryland. The original image was then cropped, lightened, and shared to the "Photoshop Battles" section of Reddit, where internet jokesters took turns poking fun at Trump's rump.

We have not been able to identify the person who created the doctored image, but a comparison between the original photograph and the viral picture clearly shows that it was indeed edited. Here's a collage of the original Reuters photograph (top), the cropped and lightened image (left) and the digitally distorted viral photo (right): In case the changes still aren't obvious, we created a GIF by overlaying the doctored image over the original cropped photograph to show how Trump's thighs and posterior were digitally enlarged: