RUMOR ALERT: Was a Trump Flag Raised To Replace American Flag at US Capitol?

The video is real, but it's difficult to tell exactly what it shows. 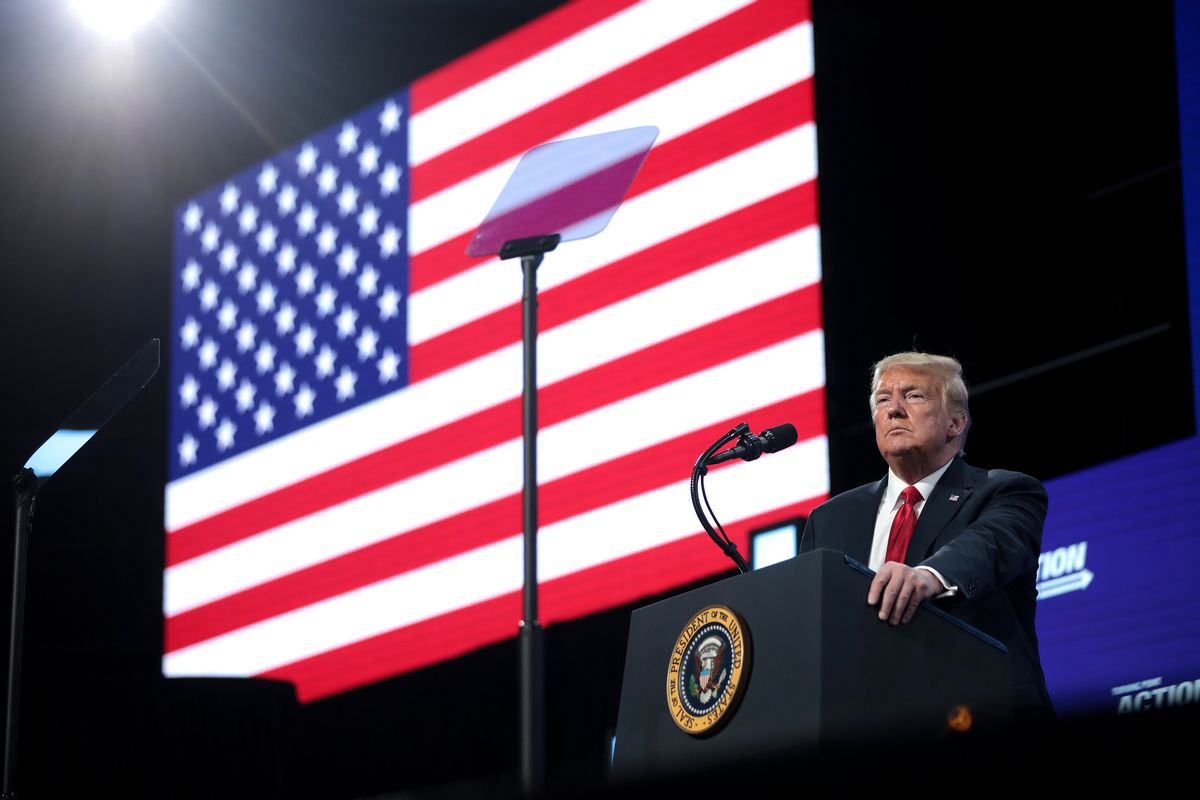 On Jan. 6, 2020, as a pro-Trump mob breached the U.S. Capitol in an apparent effort to stop the certification of President-elect Joe Biden's victory, images started to circulate on social media that supposedly showed a group of rioters replacing an American flag with a Trump flag: This is a genuine screenshot of an MSNBC broadcast about the riots at the U.S. Capitol. It's a bit difficult, however, to tell exactly what is happening.

Natasha Korecki, a reporter with Politico, shared a video of this clip on Twitter. The footage shows this group of rioters handling an American flag and a Trump flag. Near the end of the video, the American flag is tossed to the ground:

Igor Bobic, a reporter with The Huffington Post who was at the U.S. Capitol during the riot, captured this moment from another angle. Bobic reported that these rioters climbed onto the scaffolding outside of the U.S. Capitol and started banging on the windows.

In both of these videos, it's not easy to tell exactly what is happening. The ropes in this video, however, appear to be along the scaffolding, not a flag pole. It also appears that the American flag that was dropped to the ground was attached to a small pole. In other words, it doesn't seem that this flag was flying over the capitol. Rather, it was likely a flag that these rioters were carrying themselves that they then dropped to the ground.

We searched Getty Images, Associated Press Images, and various live streams of this chaotic scene, but have not seen any images of a Trump flag flying over the U.S. Capitol in the place of an American flag. We did, however, find several images of Confederate flags, Three Percenter flags, Betsy Ross flags, upside-down American flags, and, of course, Trump flags flying around the U.S. Capitol during this protest.

While this video is real, it does not appear that this Trump flag replaced an American flag above the U.S. Capitol. However, as it is still a bit unclear about what happened both during and after this video, we're leaving this claim without a rating.