Did Tomi Lahren Say Biden Supporters Would 'Loot and Riot' If He Lost Election? 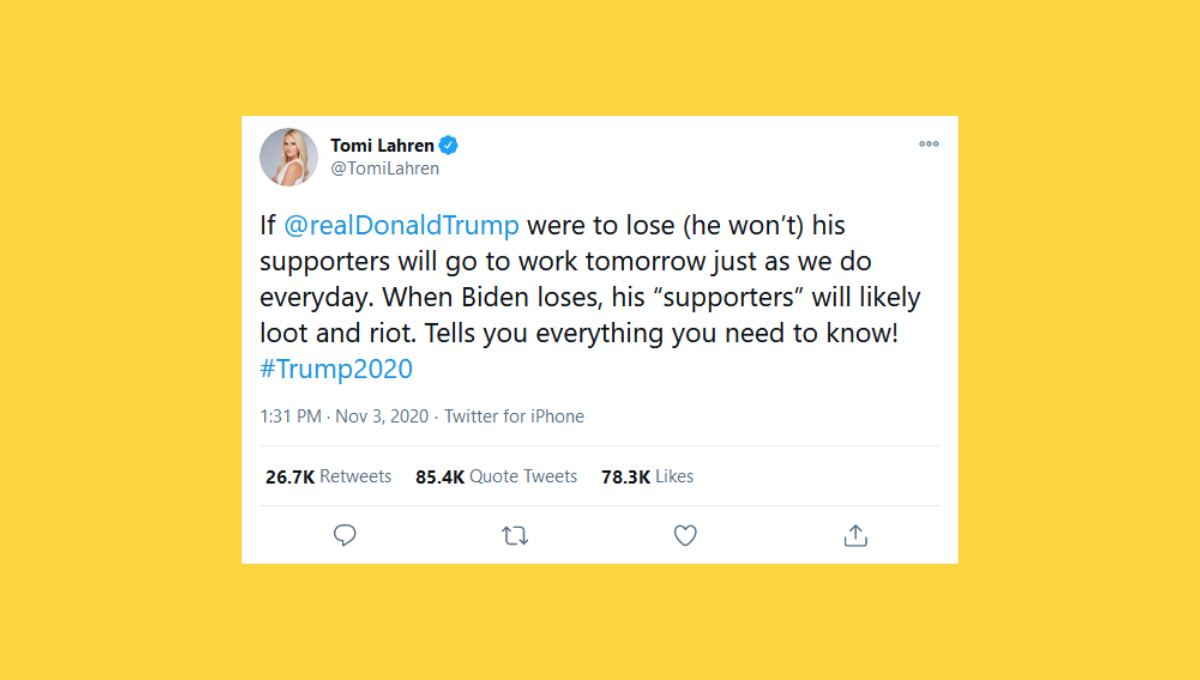 In the days following the Jan. 6, 2021, U.S. Capitol insurrection, a message tweeted by "Fox Nation" host and conservative personality Tomi Lahren resurfaced across the internet.

Posted in advance of the 2020 general election, Lahren's tweet claimed that if Republican incumbent and then-U.S. President Donald Trump lost his presidential seat, his supporters would “go to work tomorrow” just as they did every day.

On the other hand, if his Democratic opponent former Vice President Joe Biden lost, she argued, Biden's “supporters” would “likely loot and riot.” (The tweet has been archived here for reference.)

At the time of this writing, Lahren's Nov. 3, 2020, tweet had been shared more than 112,000 times. As it recirculated on Twitter, the post received flack from some social media users who pointed out that the Capitol riot was incited by Trump supporters who opposed the presidential election results and his loss, given that the riot came as legislators voted to certify electoral votes and officially declare Biden the 46th president of the United States.